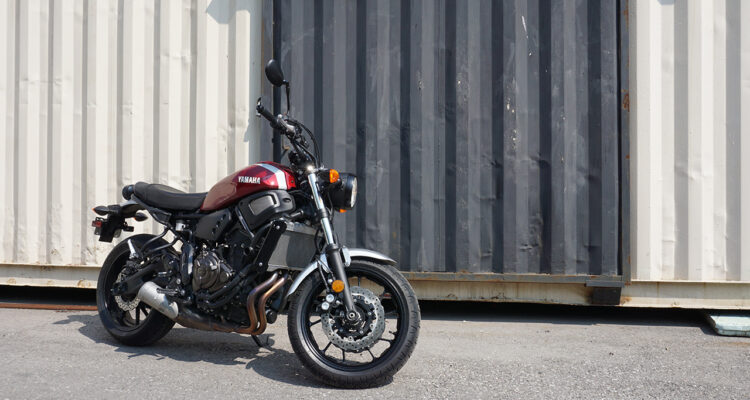 If there’s something to be said about today’s motorcycle market it’s that nostalgia pays. Every current manufacturer has a little something retro to offer its customers in the way of scramblers and café racers, silhouettes reminiscent of the Golden Age of motorcycles, back when big bore bikes made their debut on the market and forever changed the motorcycle landscape as we know it today. While most companies have gone all out to surf the vintage wave, Yamaha hasn’t gone cuckoo for classics, keeping its “Sport Heritage” lineup well grounded in the 21st century. Two years ago it had the (very) short-lived SCR950 which took things as far down memory lane as Yamaha was willing to go. Today, we have th XSR lineup.

Because I’m a bit of a sucker for neo-retro bikes, I was curious to check out Yamaha’s take on the modern classic bike with the XSR700. Right away, I noticed that the model shares some similarities with its sportier brother, the MT-07 (formerly the FZ-07). Both models share the same chassis, and components such as the short upswept exhaust pipe, tubular frame, and of course, the engine are recognizable features copied and pasted from one to the other. I personally find the look on the XSR to be much more appealing than on the MT-07, despite the bulky silhouette created by a compact design that leaves very little negative space inside the bike’s frame. 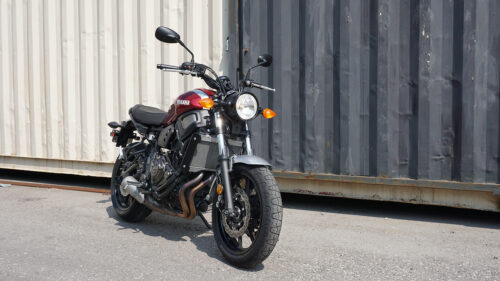 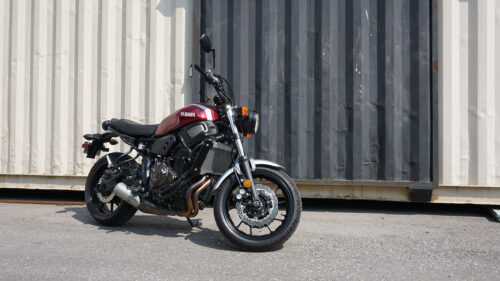 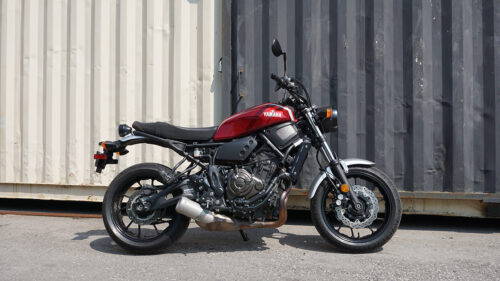 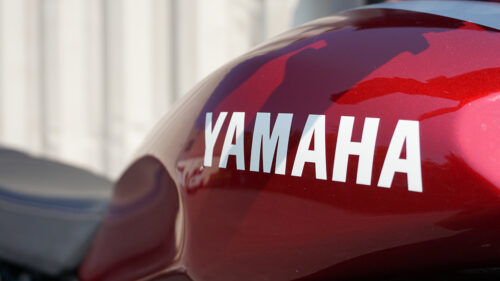 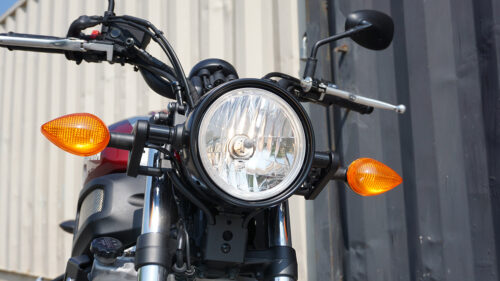 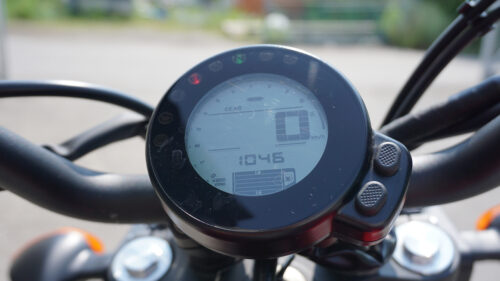 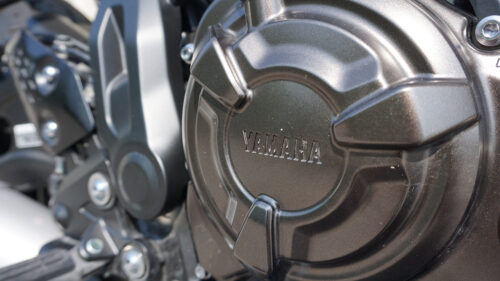 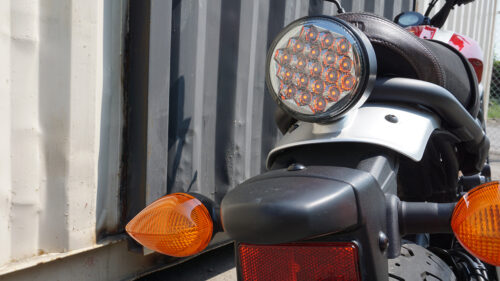 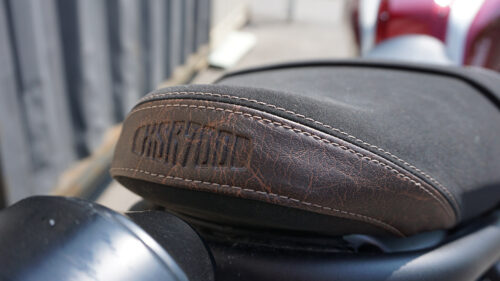 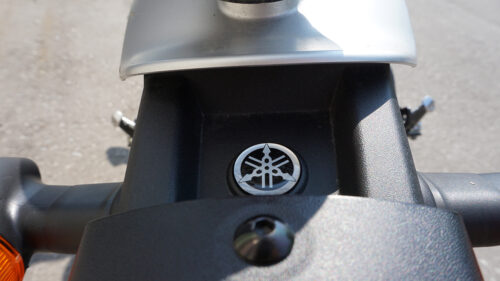 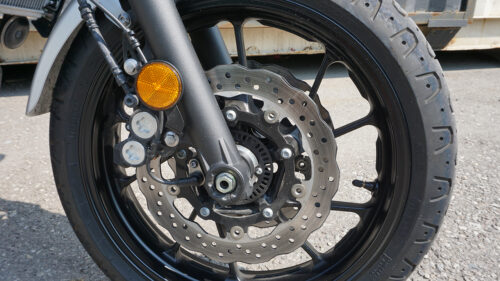 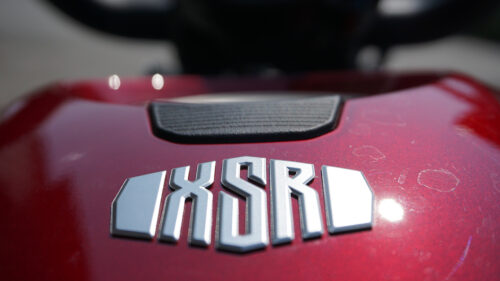 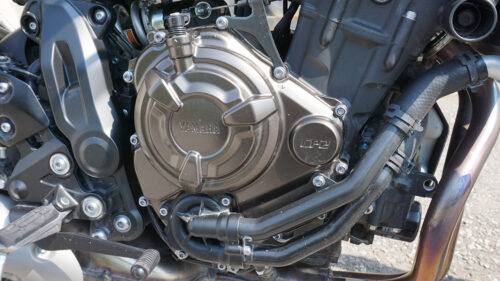 The look reminds me of a considerably diluted scrambler design with the long, single-piece saddle, what could be traded for a plate number on the flanks, the wide-set handlebar, and the upright riding geometry. Of course, if you were to take the XSR off-road, there are a few upgrades you might want to consider like a skid plate, a longer exhaust tip, and appropriate rubbers. I stuck to the roads of Toronto for my test ride.

The engine is a 689cc inline twin block and thanks to the exhaust set up, has a delightful note that’s not quite a roar, but just enough of a purr to make you want to twist the throttle and rev the engine. The mill produces a claimed 73 horsepower and 50 lb-ft of torque, both respectable numbers to come out of the 700. On the road, I found the twin to run very smoothly and while unlike other Japanese rides, the main focus of this model’s performance isn’t how fast it can go from 0-100 km/h, the power delivery is linear, almost predictable, but easy to get acquainted with. You won’t get any surprises with the XSR, it has a very tamed behaviour which makes it an easy model to approach and get comfortable with.

Speaking of comfort, I was pleasantly surprised at how stable and comfortable the ride was despite the absence of a fairing. While I have found other standard bikes to become a little moody at highway speeds, the XSR700 looks unphased by the wind pressure and uneven asphalt. This translates into an equally steady ride for me and after spending over an hour in the saddle, the cold October air got to me before any physical strain did. On a warm summer night, I get a feeling this ride could have gone on for a lot longer.

At 186 kg, the 700 is by no means a lightweight, however, I found the handling to be hassle-free and the weight of the bike to transpire very little when in the saddle—though I thought the steering angle could be slightly improved, which would add to the bike’s agility in parking situations.

I’m not sure what I expected from the XSR700. Though I like to pretend that exotic bikes with aggressive stances and staggering performances numbers are the sexiest of them all, I always go back to tamer, more comfortable rides. I remain mitigated on the 700, however. Technically speaking, there is absolutely nothing wrong with the bike. It simply doesn’t stand out enough for my taste. Had the design been a little more elaborate, it might have swayed me—I do have a soft spot for Yamahas after all.

It does everything it is supposed to do well and is pretty much everything you need a motorcycle to be: comfortable, reliable, handsome, and flexible. It has a very “vanilla” personality which isn’t a flaw by any means, but might be a little too quiet for riders looking for more personality between their knees. The plus side of the XSR’s very domesticated behavior is that as daunting as 700 might look like, I would even go so far as to say that on the bigger displacement side of things, the XSR700 is an excellent starter bike. If the 2018 Yamaha XSR700 catches your eye and what you are looking for is a bike on the quieter side of the spectrum, that will let you enjoy the ride without worrying too much about the handling, then this one is right up your alley.