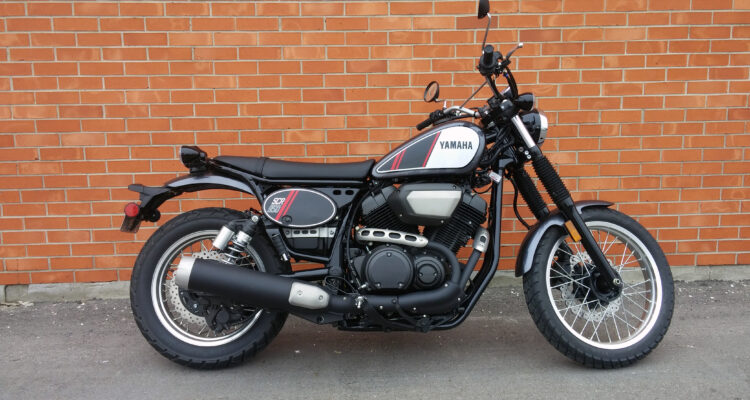 Retro is all the rave lately. Everything that comes in an oldish, blast-from-the-past package and avoids the slick emptiness of modern design appeals both to people old enough to remember the era it mimics and those who just like to go against the spinning wheel of time.

Motorcycles are no exception to the trend. The 1970s look with its naked design, the round headlight and flat seat, has found its way into the lineup of pretty much every manufacturer now. Sure, you have the hipsters like Triumph who “did it before everyone else”. But nowadays, every brand has added a time capsule on wheels to its lineup. Including Yamaha!

I was really looking forward to jumping on the 2017 Yamaha SCR950. Amidst my usual sport-tourer and sports models go-to’s, it was a refreshing change.

The model was introduced to the lineup for this year, becoming the fifth motorcycle to join Yamaha’s “Sport Heritage” segment.

The look is quite the eye catcher, if my obsession with staring at it is any indication. The small gas tank decorated with retro stripes, the SCR950-branded side panels underlining the classic flat saddle, and the wire-spoke wheels are just some of the features that make this Yamaha Bolt-turned-retro look so good. The only things missing is a weathered leather jacket and a 3/4 open face helmet to complete the look.

The bike can also be personalized thanks to a flight of accessories offered by Yamaha. This includes leather saddle bags,  a half-moon front shield called a micro cowl, a skid plate and engine guards. In my humble opinion, this bike deserves to be appreciated in its purest form, completely naked. 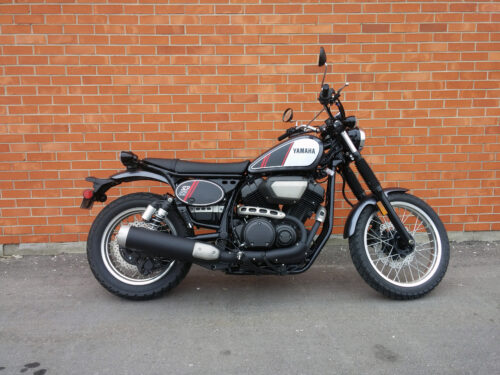 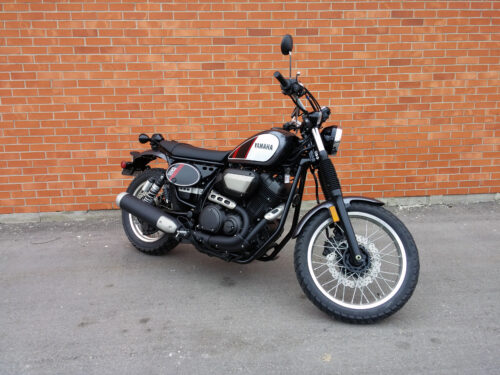 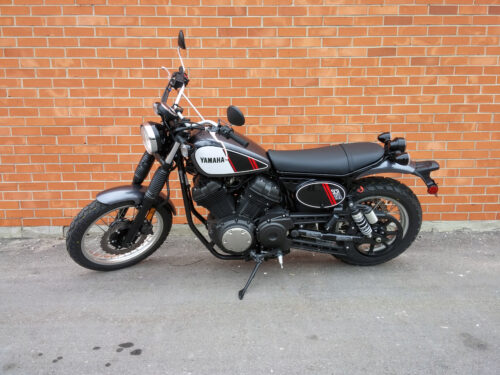 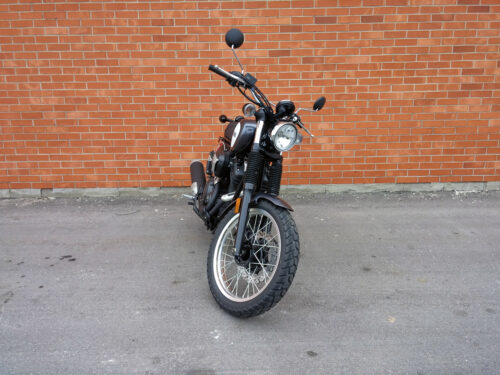 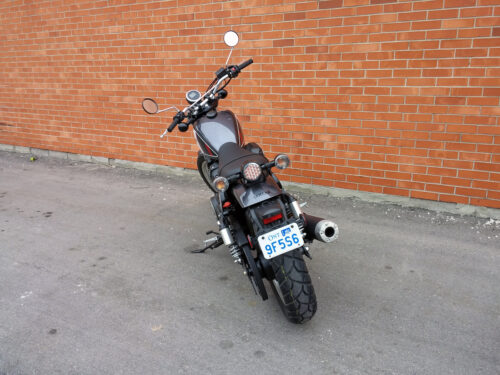 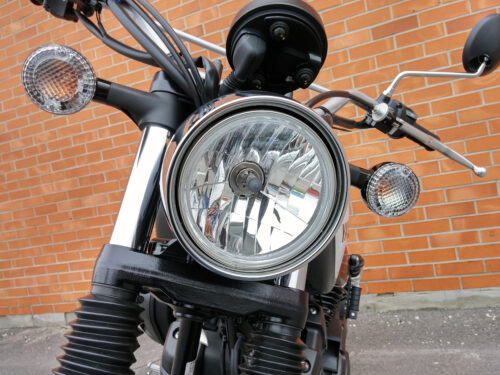 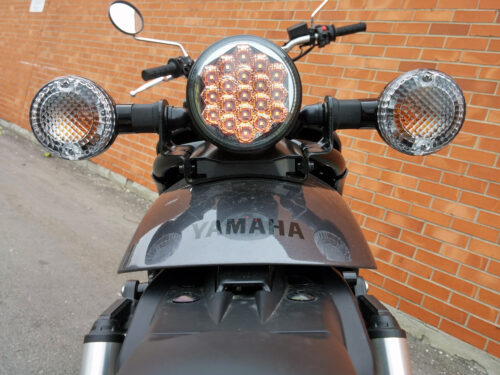 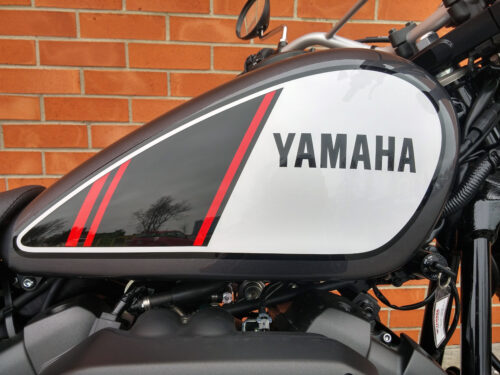 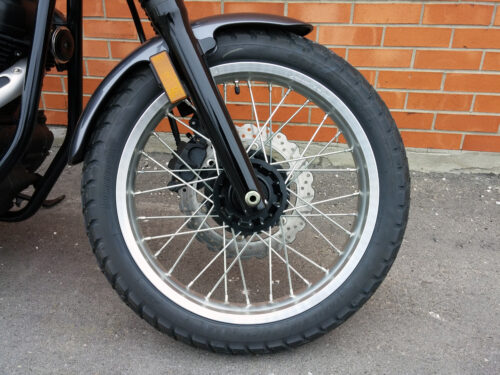 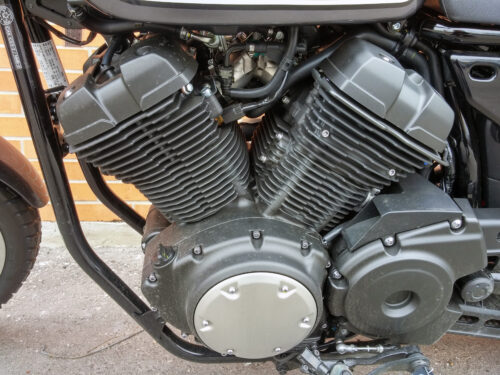 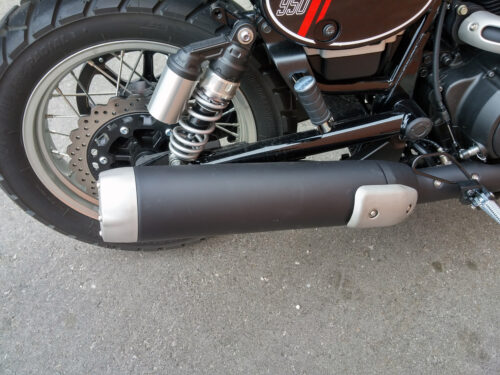 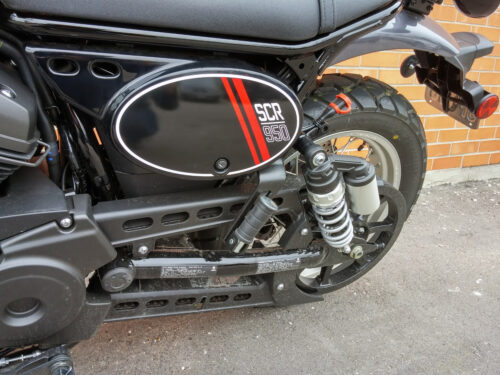 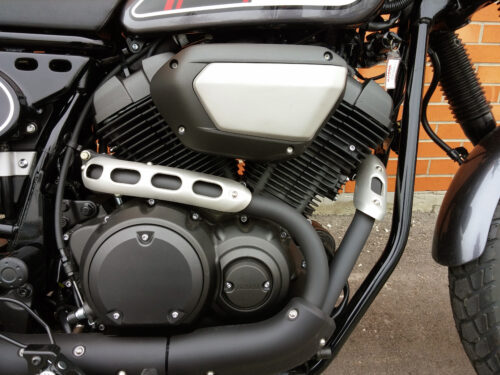 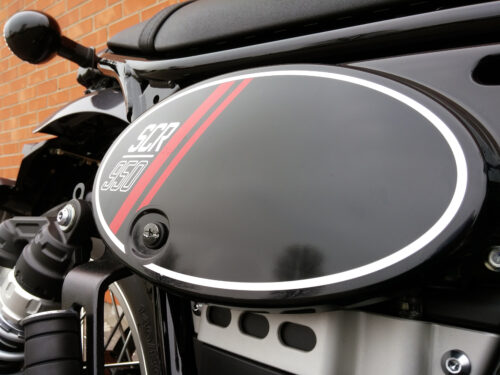 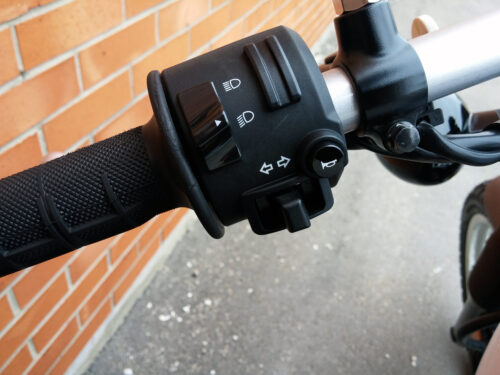 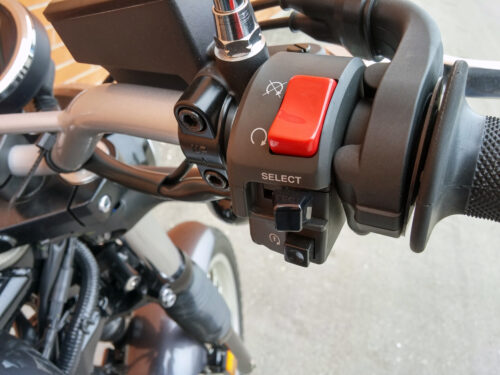 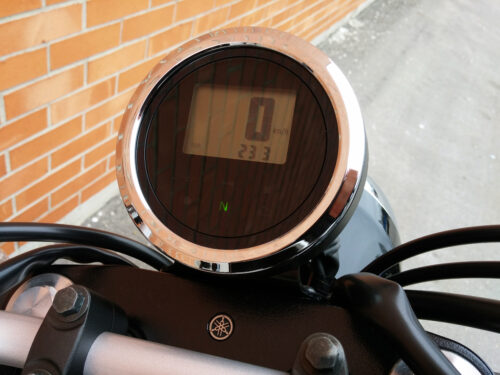 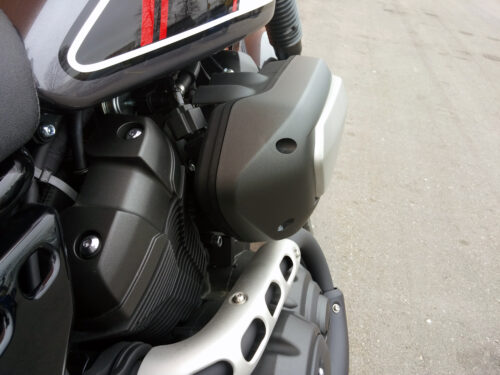 The SCR shares its platform with the Yamaha Bolt cruiser. Some have argued that it was a terrible decision on the maker’s part, but I for one don’t mind it. The 950 borrows quite a few features from the Bolt including the tube framing, forks, piggyback shocks, brake disks as well as the 942cc, four-stroke V-twin engine. The seat is higher on the 950, reaching 830 mm which is an accessible height for most riders, without having to balance on the tips of your toes.

I found the riding position a little awkward, however. I got really frustrated with the air filter compartment sticking out of the frame of the motorcycle and positioned just on the inside of the right knee, making it impossible to tuck it in. It made me feel a little unbalanced and other riders who have ventured off-road have even mentioned suffering some bruising because of it.

The body position is very open: the handlebar is wide and high, positioning the hands at elbow level, lower than the shoulders. The foot pegs are lined up under the rider’s seat, sitting low on the frame, creating not too dramatic a bend in the knees and making it easy to stand up when going off-road – or when trying to avoid biting your tongue going over potholes.

The motorcycle felt a little heavy to handle and maneuver, but overall sturdy and comfortable. It is actually quite the tamed road companion and it will easily accommodate your daily adventures, provided you are willing to make a few additional pit stops.

In fact, the short and small gas tank that makes it easy to reach the handlebar also makes the visit to a gas station more frequent. I travelled less than 150 kilometres with one full tank that can receive a meager 12 litres of fuel.

The exhaust note is delightful. It has a lovely, steady purr with plenty of guts and it sounds fantastic. A far cry from the Japanese high-pitched whine. The V-Twin produces 59.3 lb-ft of torque which is plenty to power the motorcycle smoothly on the road, both in paved and unpaved situations.

Besides the weird air filter box, I noticed another, less apparent design flaw. Access to the battery is a bit of a pain. In most modern motorcycles, you can easily remove the seat and access the battery from the top. In this case, however, you have to remove at least one of the two side panels and unscrew the bolt that holds the seat into position. The process itself isn’t too painstaking, but if you have to have access quickly or in the dark, the difficulty level increases.

Also for the record, should you sit on the SCR for the first time and look for the ignition, you will have to bend down to your right to locate it. The key hole is nestled between the engine and the gas tank, away from the eye. This makes it easy to forget the key, which could drain the battery. This may or may not explain my beef with having to access the battery… Just saying.

Priced at $10,199.00, about 1k more than the Bolt, the 2017 Yamaha SCR950 is worth a look or many. Buyers will benefit from sturdy Yamaha build-quality in a head-turning package. Despite its few notable flaws, the SCR950 remains one of the best-looking, modern, old-timers on the market.