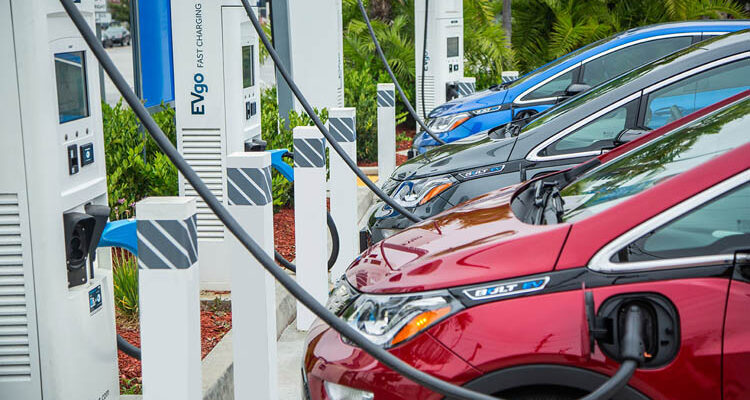 General Motors has not kept its interest for an EV-exclusive lineup a secret, advertising 30 new models on the way in the next three years, the next offering being the Cadillac Lyriq SUV coming in fall 2022. Recently, the automaker reinforced further plans on moving forward with more information about the company’s proprietary zero emissions technology.

“Ultium is the platform upon which we’re going to build our all-electric future and make vehicles customers really want. The Ultium platform has the flexibility and the capability to make a wide range of vehicles — everything from midsize SUVs to full-size trucks and even electric delivery vans that have all the capability that our customers have come to expect from our vehicles,” says Andy Oury, GM lead architect and strategy manager of high-voltage battery packs, during a media web backgrounder.

The future infrastructure is comprised of two main pieces: Ultium Drive and the Ultium Battery.

This describes a modular family of five interchangeable drive units powered by one of three motors — including a primary front-wheel drive motor, a primary motor that can be configured for front or rear wheel drive and an all-wheel drive assist motor — all utilizing single-speed transmissions. Thanks to precision torque control of its motors, performance will be smoother and more responsive than the current internal combustion portfolio.

In creating the above, GM has applied over two decades of EV learnings allowing lighter and more efficient designs. For example, the mass of power electronics has been reduced nearly 50 per cent compared to previously via integrating them right into the drive units’ assemblies.

During the presentation, Oury stated the three key pillars of Ultium are flexibility, capability and quality. The first of the trio is certainly demonstrated through the modular batteries, which feature large-format, pouch-style cells stackable either vertically or horizontally depending on the application. Pickups and SUVs would use the former, while performance cars the latter taking advantage of a lower centre of gravity.

GM has the distinction of being the first manufacturer to leverage an almost completely wireless battery management system, or wBMS for short, in production electric vehicles. Developed together with Analog Devices Inc., wBMS has a multitude of advantages over a traditional wired setup like providing over-the-air updates similar to a smartphone and conducting real-time health checks and rebalance chemistry as needed.

Deleting the majority of wiring inside the batteries also helps to extend travel range by reducing overall weight, as well as freeing up more room for additional batteries. Finally, wBMS is predicted to get Ultium EVs to market quicker, since communications systems won’t have to be individually designed for specific models.

GM Canada is partnering with utilities and existing charging station companies, like FLO, Blink, ChargePoint, EV Connect and others, to grow existing infrastructure ensuring drivers won’t be left stranded. Earlier in the spring Ultium Charge 360 was introduced, a holistic solution incorporating charging networks, GM’s own mobile apps and other products and services aimed at simplifying the EV ownership experience.

Make sure to check back for continued updates on Ultium.