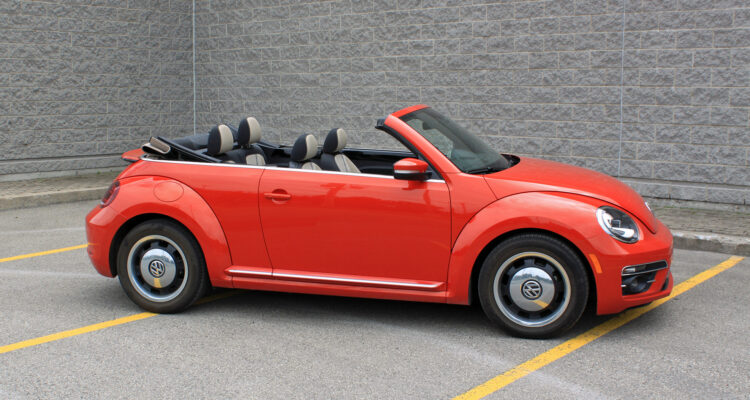 The Volkswagen Beetle has been an iconic staple of the auto world for decades and after rising from the ashes like a Phoenix once before, its days do appear to be numbered.

All the more reason to get behind the wheel of the 2018 Beetle Convertible while it is still available. 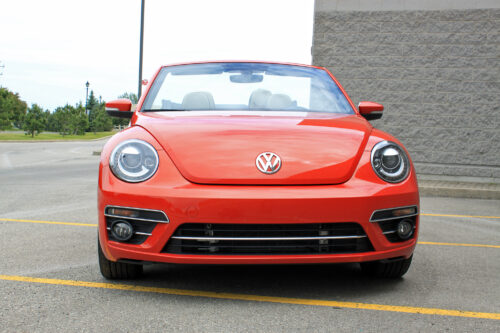 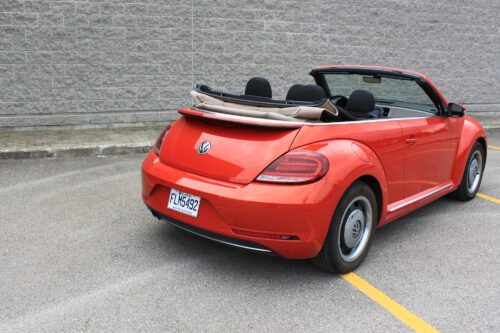 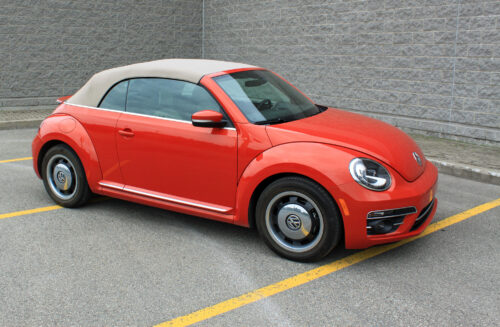 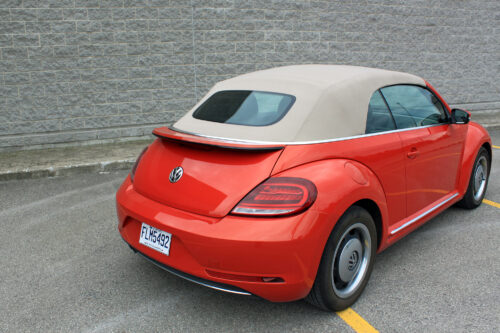 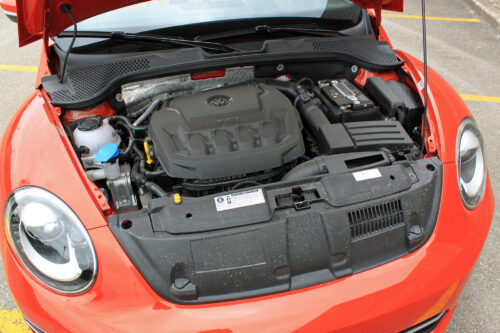 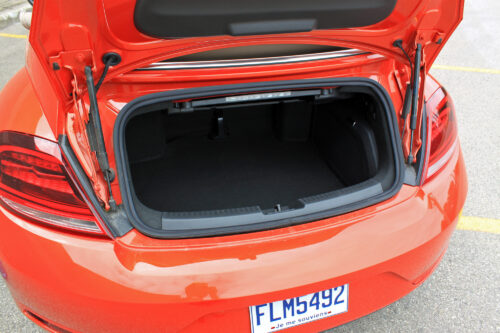 The “Bug” as it is affectionately known has a nice mix of retro styling with modern cues that appeal to a certain demographic. Sadly, it doesn’t appear to appeal to a big enough group of people to ensure Volkswagen will keep producing it.

And that is a shame because the convertible version has its place in a very small group of affordable drop tops in Canada.

Called the style package, it includes Bi-Xenon headlights with LED DRLs, dual-zone electronic climate control, a Fender Premium Audio System (8 speakers and a subwoofer), front fog lights and LED taillights.
On top of that, you get a car that delivers some pretty good performance (something VW is known for), a good interior and that retro-styling mentioned earlier.

Then there is the hard to miss Habanero Orange Metallic exterior colour, capped by the beige convertible top.

The front-wheel drive Beetle is powered by a turbocharged 2.0-litre four-cylinder engine that delivers 174 horsepower and 184 ft-lb of torque. Those are decent numbers for a car this size.

The engine is paired with a 6-speed automatic with tiptronic that works perfectly well for the most part. There’s a slight lag when accelerating at a light or in stop-and-go traffic.

Fuel efficiency is rated at 8.2 litres per 100 kilometres, but our week with the Beetle return an average of 9.1 L/100 km. Still a good number, even if almost a full litre more than advertised.

The Beetle has always had a retro look since it was brought back, and the tester takes things one step further with a set of 17-inch heritage alloy wheels that are definitely old school.

However, there are of modern elements to the design, from the LED lights, fog lamps and dual exhaust tips.

And the look can change dramatically at the touch of a button – even on the keyfob – that will drop the soft top to allow for some fun in the sun.

Inside, the Beetle’s cabin again has a mix of modern and nostalgic elements.

The dashboard is a surfwood design (in other woods meant to look like a surfboard), an element that is a nice touch that complements the rest of the design. 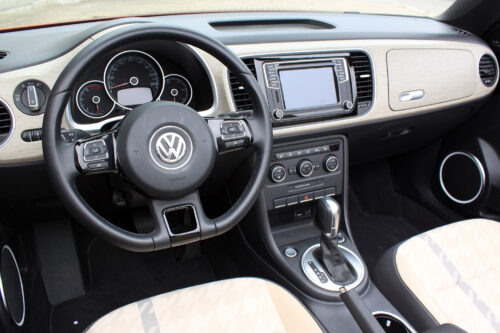 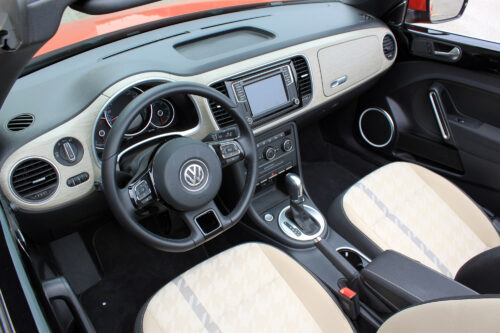 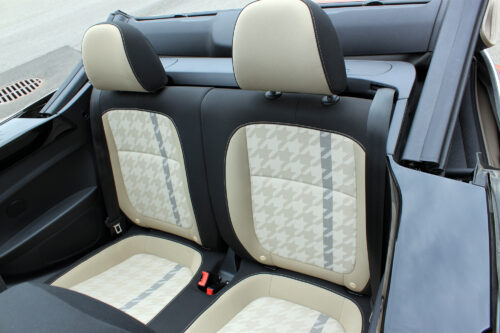 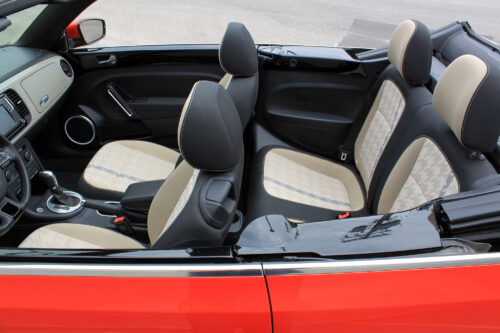 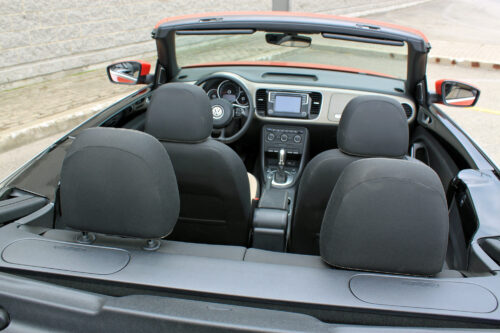 But the rest of the interior features are far from retro, especially the optional premium Fender audio system.

The Beetle also comes with features such as a rear-view camera, front and rear parking sensors, blind-spot monitoring and rear cross-traffic alert.

The front seats are quite comfortable, but the same cannot be said for the rear. It’s a tight squeeze under the best of conditions, so anyone who sits back there should be forewarned.

Controlling that Fender audio system is done through the 6.33-inch touchscreen in the centre stack. It’s a bit smaller than some other screens out there, but given the overall size of the cabin, it fits.

That means there should be no shortage of tunes for long drives enjoying the Beetle Convertible – ideally with the top down!

One point to note is that with the top up, rearward visibility is not the greatest.

Going topless in the Beetle (the roof, that is) takes about seven seconds to accomplish.

The aforementioned lag does take away a little from the overall performance of the Beetle Convertible, but it doesn’t really deter you from having fun with it.

While some convertibles will feel “flimsy,” that’s not the case here. The Beetle feels solid and the handling characteristics make for a pleasant ride.

So, enjoy it while you can – ideally with the sun in your face and the wind blowing in your hair.