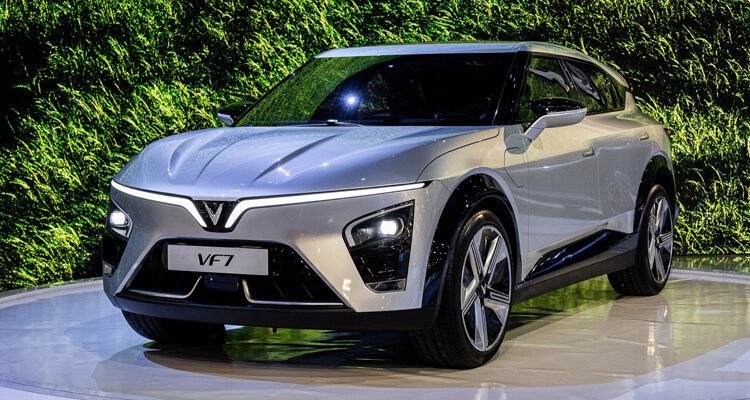 VinFast Sets The Stage AT CES

VinFast has delivered on its promise made in December: the New EV automaker on the block chose the 2022 Consumer Electronics Show in Las Vegas as the platform to launch the remainder of its five-vehicle zero emissions lineup.

Slotting below the larger VF e35 and e36 SUVs — now renamed VF 8 and 9, respectively, dropping the “e” to signal the brand’s complete move away from internal combustion — the 5, 6 and 7 look like smaller versions each wearing similar wing-shaped signature LED daytime running lights.

All are expected to eventually arrive on our shores, starting with the former two later this year priced at $41,000 USD (VF 8) and $56,000 USD (VF 9). Sadly specifics on the just-revealed trio are scant at this point, however as previously reported Pininfarina and Torino Design are responsible for the exterior styling. No interior images have yet been shared.

Something we haven’t yet seen in the EV space is a battery lease program that was introduced at the event. Two plans are available: Flexible (includes 300 miles/500 kilometres complimentary) and Fixed (unlimited range). VinFast will cover all expenses on battery maintenance and replace units when they fall below 70 per cent capacity.