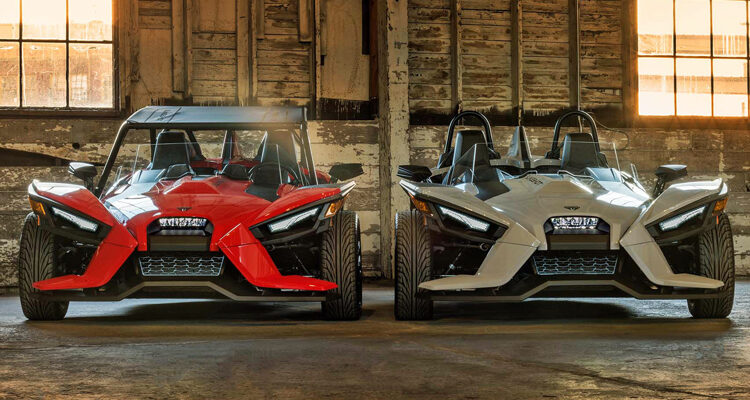 This Week In Moto: Volume 12

Back in 1972, the Big Three Japanese motorcycle OEM’s were embroiled in a race for speed and supremacy. Developed under the code name “Project New York Steak”, Kawasaki’s Z1 would introduce the masses to the double-overhead-cam, inline-four powered universal Japanese motorcycle (UJM) – the most powerful bike in the market at the time. It would also mark the introduction of Team Green’s Z line of motorcycles, too.

To celebrate its golden anniversary, Kawasaki has just released a limited-run batch of commemorative Z models. The Z650, Z900, Z650RS and Z900RS all receive some visual tweaks that include special paint, badging and seats.

While the non-RS Z’s represent Kawasaki’s current Sugomi design language and performance characteristics, it’s the RS variants that truly capture the ethos of the original Z1 with their modern classic approach. Personally, I would have loved to have seen the gorgeous Candy Diamond Brown livery applied to the top-shelf Z900RS SE model – or have the Ohlins suspension and Brembo brakes it wears applied to all of the anniversary models – but I applaud the fact that Kawi has kept pricing of these limited editions attainable. The Z650 and Z900 will be available for $9,599 and $11,499 respectively and the RS variants command $10,499 (Z650RS) and $14,299 (Z900RS), sometime in the next month. If you like what you see, you’ll need to act fast. There are only 50 of each slated for us Canucks.

If you’ve ever spent any helmeted time behind the wheel of a Polaris Slingshot, you’ll know that practicality is not a term it’s familiar with. The three-wheeled, burnout machine has always been a toy in the truest sense of the word. But clearly, after seven years on the market, Polaris has decided a few extra amenities would go well with the tire smoke.

The Slingshot SLR ($36,799+) model rejoins the lineup for 2022 and, positioned between the SL ($32,999+) and R ($40,999+) variants, it aims to deliver the creature comforts of the SL with the performance focus of the R. As such, the SLR gets the full-fat, 203 horsepower ProStar, 4-cylinder engine while also scoring Ride Command connectivity and a booming Rockford Fosgate sound system.

An all-new vented hood can be optioned that is said to help with passenger airflow and there’s also a new soft-top, dubbed the Excursion Top, that can be added as an accessory that should help with unexpected bouts of inclement weather.

While Harley-Davidson is inviting the world to watch when they pull the sheets from the metal on January 26, 2022, they did give us digital scribblers an early peek at some of the changes they have up their sleeve.

The Pan America Special is getting an update to its TFT dash that includes a larger font for the information it presents. This should please quite a few folks as this was a bone of contention. Personally, I didn’t have too many issues with it but I am stoked on the new “Fastback Blue/White Sand” paint job which is reminiscent of the Electra Glide Revival I rode last year.

The Sportster S is also getting some new paint but what’s most surprising is that H-D will continue to field the old 883cc, air-cooled Iron 883 and Sportster Forty-Eight – I was hoping we’d see all Sportsters getting some major updating in the form of the mighty Revolution Max motor (or a smaller displacement variant).

Other changes to their Cruiser and Touring lines are in keeping with the above in that they are mostly cosmetic. Here’s hoping the news on the 26th is a little more substantive. Even if you don’t tune in, we will!