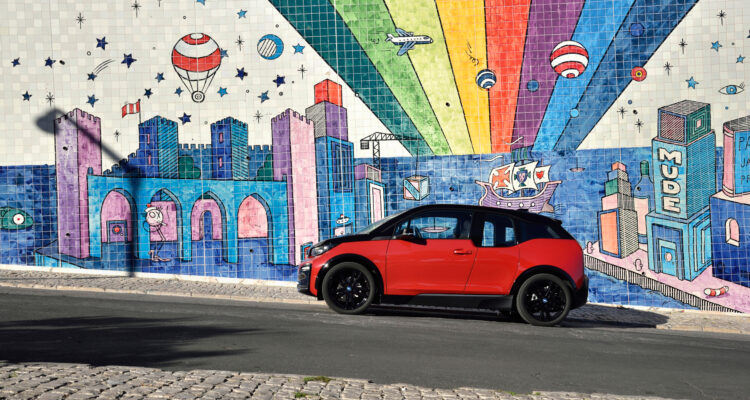 When the BMW i3 debuted in Canada in 2014, the electric vehicle was touted for the fact that it was built using many environmentally friendly materials, including some that use recycled resources.

While the same rings true in 2018, the automaker is introducing a sportier variant of the EV, so this isn’t a one trick pony. 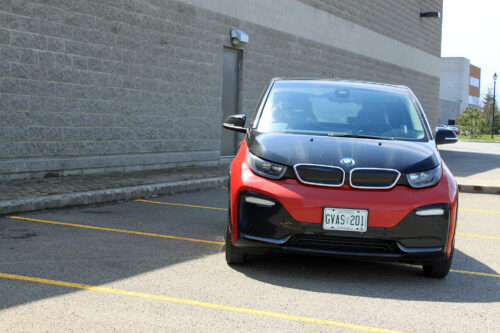 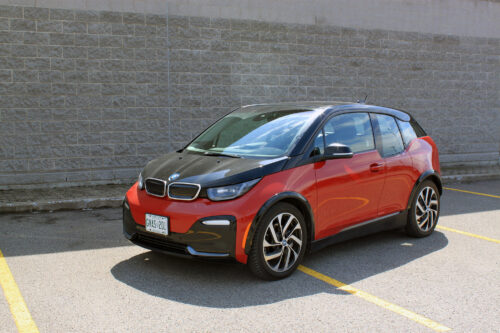 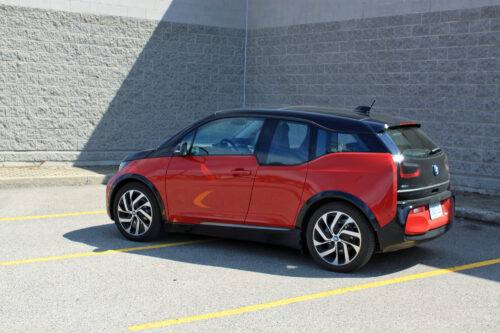 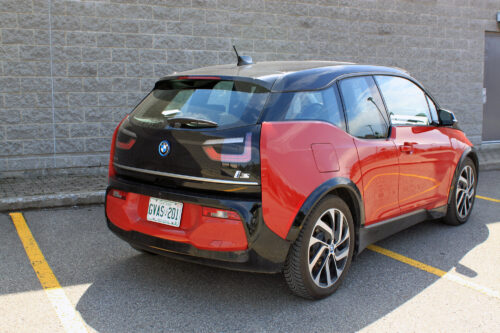 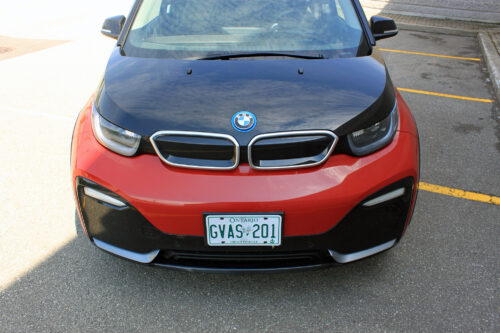 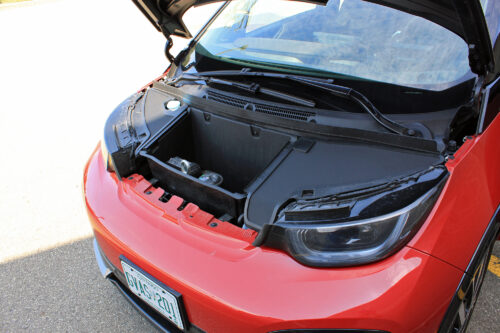 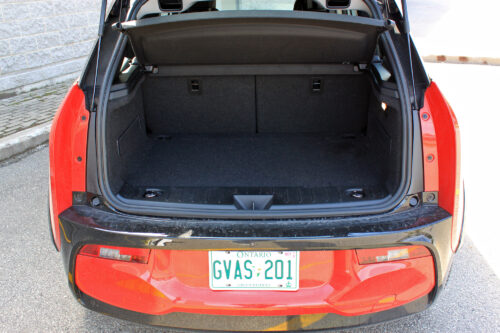 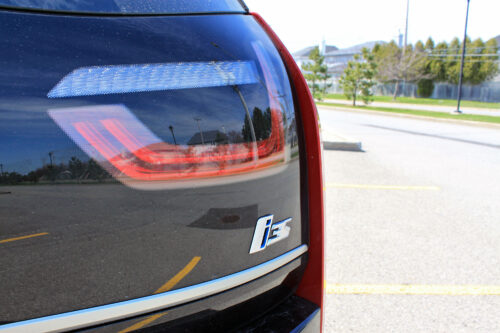 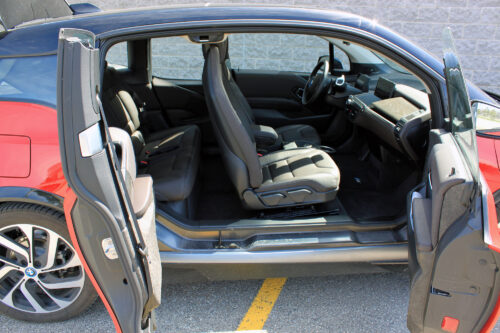 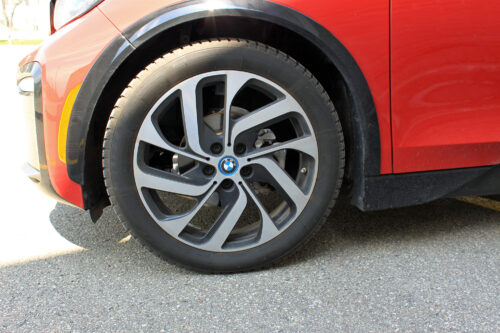 Known as the i3s, the new model has more power, a smoother ride and some modified looks to make it stand out.

On battery power alone, the range of the i3s is 200 kilometres, with another 129 km possible thanks to the range extender. That is a 2-cylinger gas engine that acts as a generator and doesn’t provide any propulsion.

Acceleration is lightning quick in the i3s, with the ability to go from 0 to 100 kilometres per hour in 6.9 seconds and a top speed of 160 km/h.

So, anyone up for a drag race?

Okay, so that may be a bit of a stretch, but the i3s is no slouch on the road and even features a Sport mode, a first for the i3 lineup.

From the outside, the i3s sits 10 millimetres lower thanks to a sports suspension and is 40mm wider than the regular i3 because of wider wheel arches.

The front and rear fascias are also a little different on the i3s compared to the i3, making the sportier model stand out against its sibling.

The five-door i3 still maintains its unique styling from when it was first introduced, but the tweaks for the i3s are a nice touch.

The passenger doors, which open opposite each other, also remain. While they are a cool feature, especially when both doors are opened to give excellent access to the cabin, there is one hiccup. You can’t open the back door without first opening the front door, so that could get a little tiresome.

Once inside, however, all is forgiven as the cabin is actually a welcoming place to be.
It is spacious and comfortable, and even when cruising along on the highway, there is no major hindrance to conversation because of road noise.

And in the eco-friendly theme, many of the finishing materials inside the cabin are made possible thanks to recycling. It’s an uncommon look for certain touches inside, but it fits the theme of the i3. And it all comes together in a nice package. 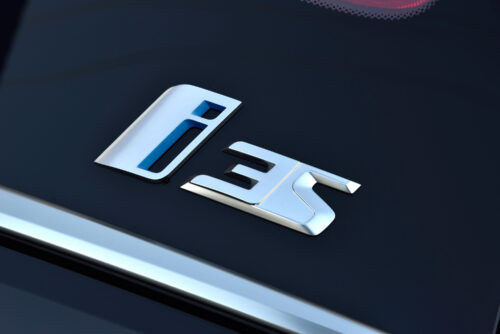 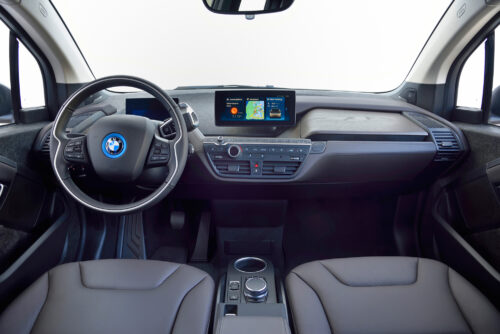 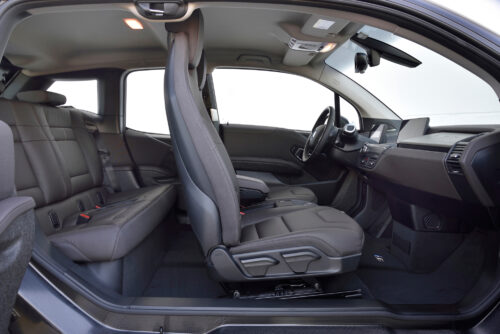 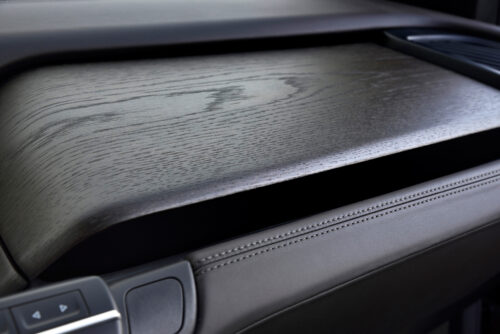 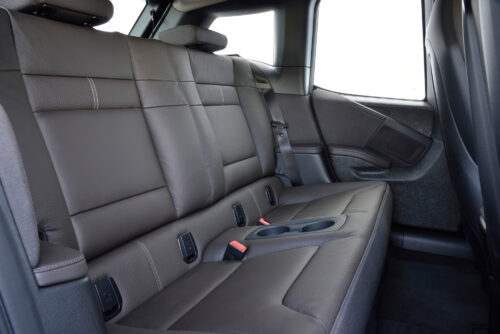 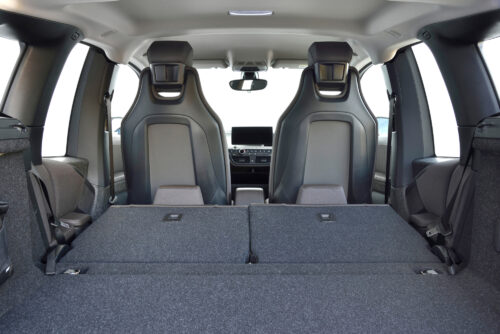 It takes a little while to get used to the way in which you put the i3s in gear. Until you are familiar with the fact it is done through a bulky arm behind the steering wheel, your hand will naturally search for a shifter in-between the seats. Oh, and the start/stop button also is located on that arm, which can be even more confusing.

A small display screen behind the steering wheel provided all your driving data. The infotainment, navigation, media and the ConnectedDrive displays are handled by a 10.25-inch central screen.

The infotainment system is powered by the latest version of BMW’s iDrive software and the whole thing has a fairly smooth and intuitive operation.

The torque available in the i3s makes the driving experience something to enjoy.

Acceleration is quick and seemingly effortless, and you almost have to force yourself to dial things back a bit to stay with the rules of the road.

The handling and steering feel of the i3s are also very good, making for a complete driving package. That’s pretty impressive for an EV.

Even with some generous government rebates in Canada for electric vehicles, the BMW i3 won’t be for everyone’s budget.

Our tester was fitted with several optional packages that pushed the base price of $56,950 to over $66,000.

Those additions included the $3,500 Premium Package and the Driver Assistance Package for $2,350, which includes Apple CarPlay and Android Auto. Other options include the Dalbergia brown leather interior ($ 1,750), a glass sunroof ($1,200) and the Melbourne Red Metallic exterior with Frozen Grey Accent ($895).

There’s certainly a lot to like about this vehicle, especially with the way it drives and the way BMW has tried to minimize the environment impact.

But the styling will certainly give some consumers pause, as will the price.

However, if it fits within your budget, it’s one way to stand out in a crowd – especially in the Melbourne Red Metallic paint job of our tester.