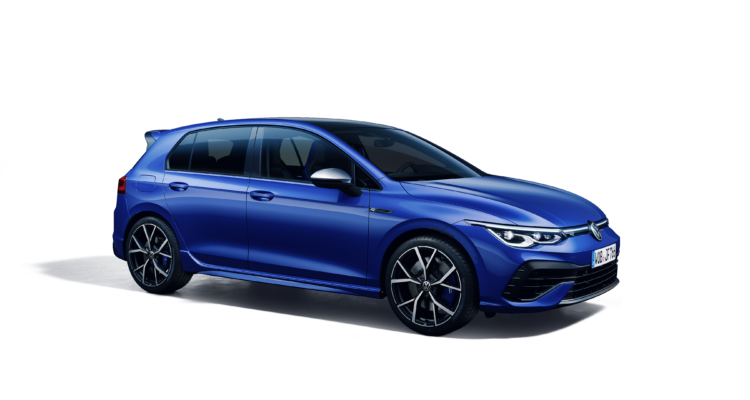 While we Canadians are going to be deprived of most of the 8th generation Volkswagen Golf line-up that’s already on sale in Europe, we are getting two models, both of which are enthusiast-facing: the Golf GTI and the Golf R, the latter of which we were recently invited to a sneak preview of. For the first time in the Golf’s history, both the R and the GTI will go on sale at the same time.

You see, the Golf R is an important model for VW in Canada, where the sell ratio between the lower-priced, front-wheel-drive GTI and the all-wheel-drive Golf R is basically 1 to 1 and where VW sells more Golf R’s than any other market this side of the US, UK and Germany. We Canadians love our AWD hot hatches and as it turns out, we love our manual transmissions as well since 40 per cent of the Golf R’s sold here came equipped with a proper shift lever and clutch.

Which is why we Canadians will be getting both manual and dual-shift-gearbox (DSG) versions of the R when it arrives here at the end of 2021 as a 2022 model; Europe will be getting them a little earlier than that.

Well, while the styling is still quintessential VW, new headlights, enlarged front intakes, a new bumper and high-gloss black elements complete the transition up front, while on the side we have new 19” wheels shrouding 18” brakes with ventilated and cross-drilled discs and at the rear, a new high gloss black diffuser and enlarged bi-level roof spoiler. While it’s not quite as overt as the Honda Civic Type R, it is a purposeful-looking, almost muscular thing that you know is going to spirit you down the road at quite the lick and with rock-solid handling.

Inside, the blue inserts on the seats and steering wheel leave little doubt that this is an R, and it get an all-new steering wheel that comes complete with touch-sensitive buttons and haptic feedback. Also on the wheel you’ll see an “R” button; we’ll get to what this does in just a minute.

Power from the 2.0-litre, turbocharged four-cylinder is rated at 315 horsepower (up from 288 hp on the Mk. 7 car) and 310 pound-feet of torque, enough to take the R from 0-100 km/h in 4.7 seconds when using the seven-speed DSG transmission. A sub-five-second hatchback? Oh please do count us in.

Of course, a big part of the R’s performance is its 4Motion AWD system, which has the ability to shuffle up to 50 per cent of power to the rear wheels, and up to 100 per cent of that power to an individual wheel to better help rotate the R through turns.

Both the stabilizer and spring rates have been stiffened by 10 per cent, the front camber increased, and steering response and feel has been improved as well for 2021, so you know that this new Golf R is going to be light on its feet. 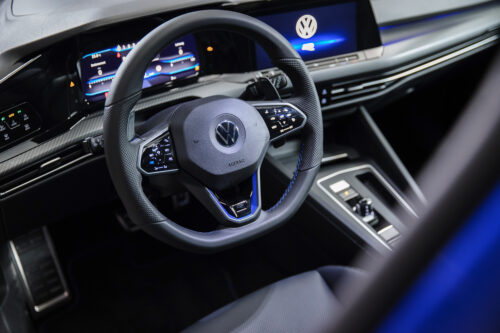 Speaking of improved handling: the “R” button on the wheel is your key to accessing “Drift” and “Special” drive modes; “Drift” mode, the stability control parameters are modified and more power is sent to the rear axle to essentially make it easier to slide the AWD Golf R.

If that sounds a little too extreme for a Golf, R or otherwise, “Special” mode is on-hand to modify the drive in a fashion a little more traditional for fast hatchbacks. Special mode tunes the various modifiable chassis components such as the dampers and various powertrain components such as the DSG’s downshift speed to provide a set-up tuned specifically to work on the infamous Nürburgring Nordschleife race track, where the ’22 Golf R recently set a lap time of 7:51, which represents a 19-second improvement over the old car.

“With the new torque vectoring control unit, you have the possibility to really steer the car by throttle application,”  said Benny Leuchter, Volkswagen R development driver and the man that took the R ’round the ‘Ring for the 7:51 run. “(If) you go a little bit too fast into one corner — which normally ends up in understeer — with the mark eight Golf R you just press the throttle a little bit more and the car rotates again. It’s really, really fun to drive around the Nürburgring.”

No pricing has yet been given, but Hein Schafer, Senior Vice President for Product Marketing & Strategy and Volkswagen of America did say that “pricing will be relatively ballpark to the outgoing model.” So you can expect pricing in the low-$40,000 range at base. 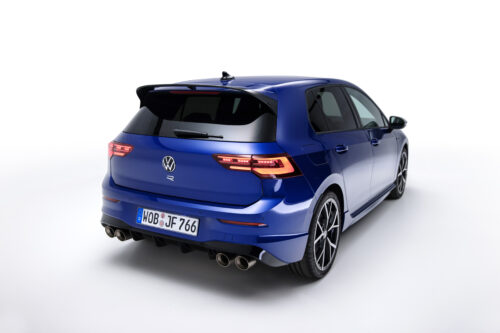 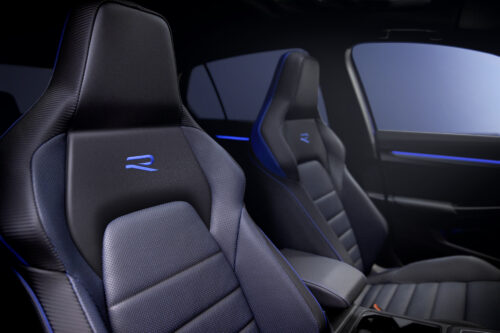 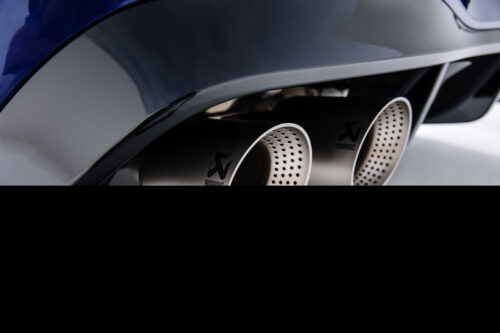