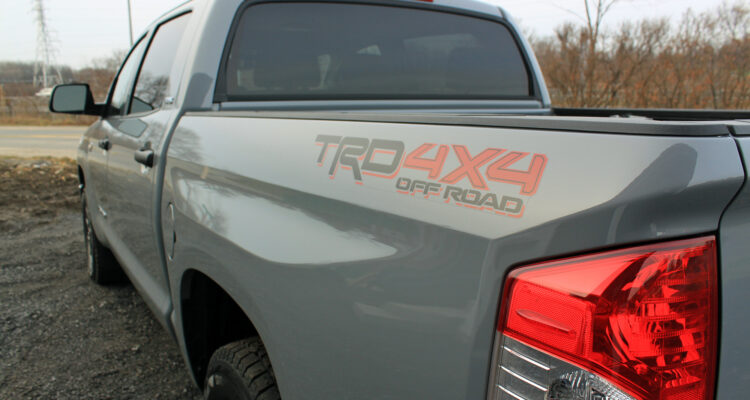 There’s a saying that goes something like this: If you are standing still, you are falling behind.

That’s definitely the case in the automotive world where change is one of the only constants.

So as Ford, General Motors and Dodge roll out new trucks and engines, the 2018 Toyota Tundra could be been left stuck in the mud. 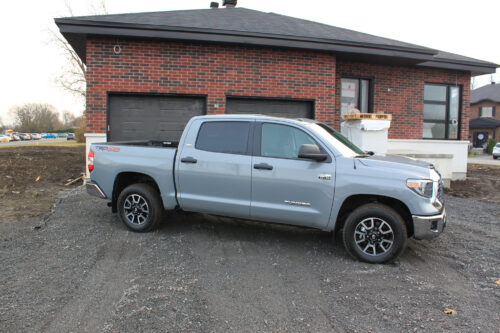 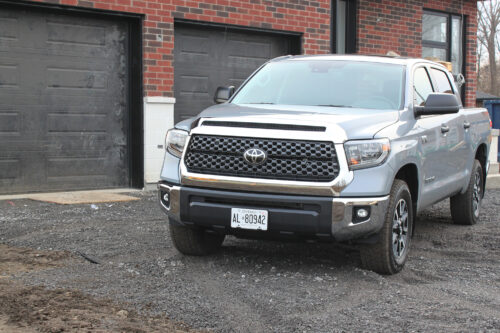 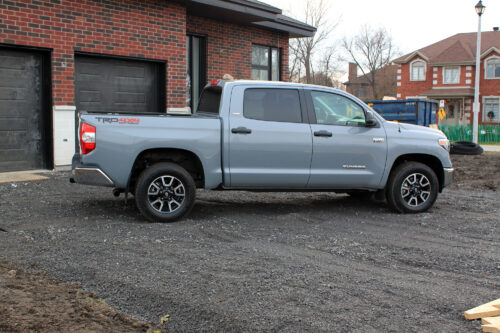 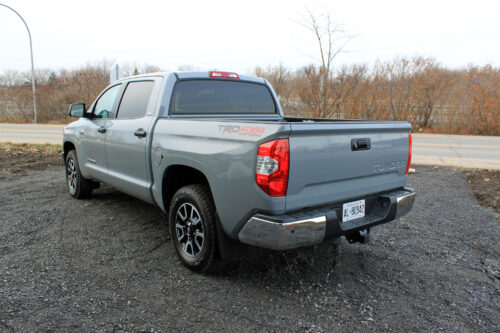 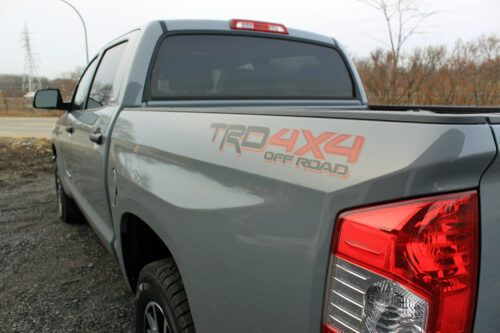 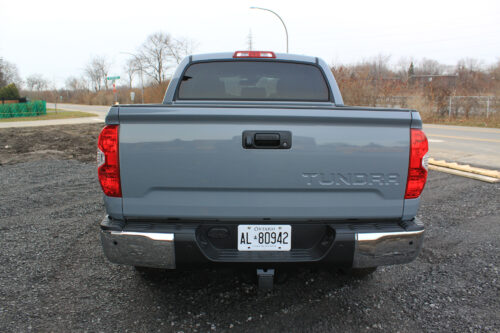 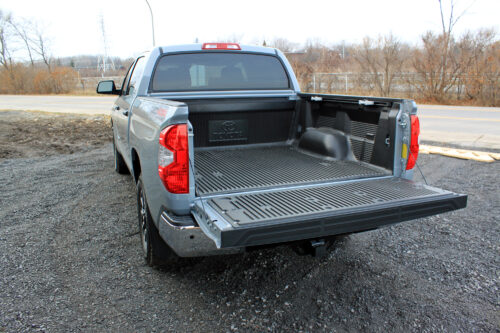 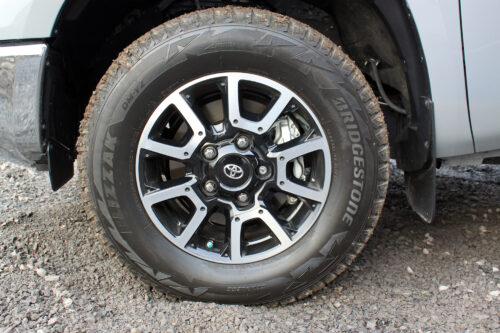 This generation of the Tundra was introduced as a MY2014 and has undergone only minor changes since then.

Another knock against the Tundra could be that it offers only V8 power, compared to competitors who offer smaller V6s, turbo engines and even diesel powertrain options.

My test vehicle is equipped with the larger 5.7L V8 and its 381 horsepower and 401 lb-ft of torque, which gives the Tundra plenty of power.

Either engine is paired with a six-speed automatic transmission, which leaves it lagging behind the competition.

And the transmission does seem to have a hard time keeping pace with the engine, especially under hard acceleration.

While rear-wheel drive is standard on the Tundra, the tester came with four-wheel drive, which makes it capable of handling quite a bit of rough terrain if you go off the beaten path.

And with a 144-litre fuel tank, the fuel bill gets pricey in a hurry!

While the Tundra’s design may be getting long in the tooth, it’s still a good look overall.

The front is dominated by a very large grille, while the truck body has noticeable bulges over the wheel wells.

It might lack some of the flair of newer models, but there’s a certain segment of the market that will enjoy that simpler look. 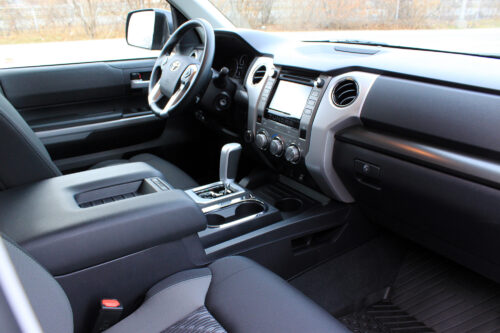 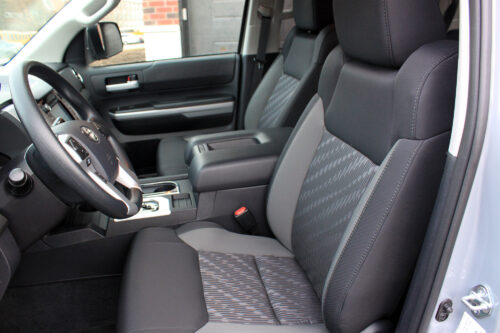 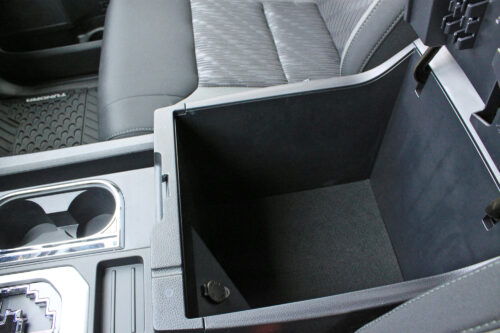 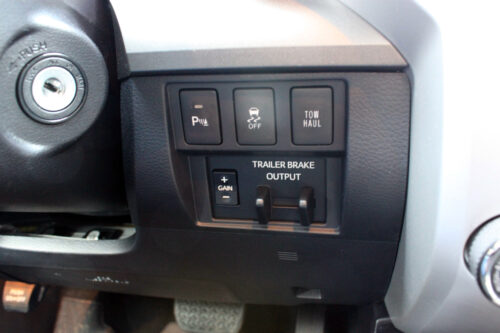 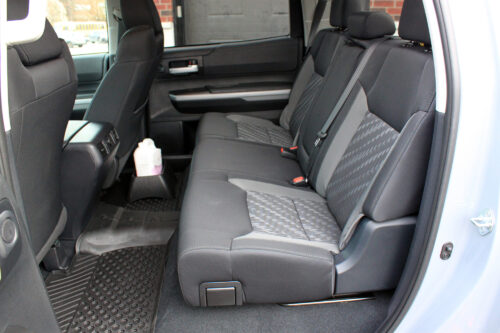 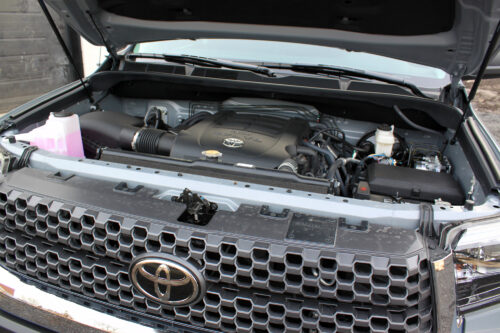 That simplicity follows through to the interior, which is a blessing and a curse. It’s a functional layout, but it does look dated when pitted against the competition, especially when you look at the setup of the centre stack. There’s a whole lot of room surrounding the screen that seems like it could be put to better use than just some shiny trim pieces.

Other than that, though, the seats are comfortable and there’s a massive centre console that doubles as an armrest or, in a pinch, could probably be used as a workstation.

Passengers in the back seat are spoiled with lots of legroom, and the seat bottoms flip up to expose hidden storage compartments or to allow for items to be hauled inside the cabin and away from any bad weather (the Tundra we tested has a 5.5-foot box).

The dated look for the centre stack is focused around the 7-inch display screen, which looks dwarf-like given the massive amounts of plastic that surrounds it. And the buttons around it also look similarly out of place.

The infotainment system does come with SiriusXM satellite radio, Bluetooth and a nine-speaker setup. In terms of functionality, there are very little issues with the system.

The optional package adds navigation, as well as clearance and backup sensors which, given the Tundra’s size, should really be a standard feature.

The Tundra, a full-sized half-ton pickup trucks, feels every bit that big when you are behind the wheel.

Thankfully, steering feel is light which makes it easy to manoeuvre, but don’t expect to be making any tight turns given the trucks large turning radius.

The Tundra is a solid pickup truck in many respects, but it hasn’t really kept up with the competition in a segment that usually breeds fierce loyalty among truck owners.