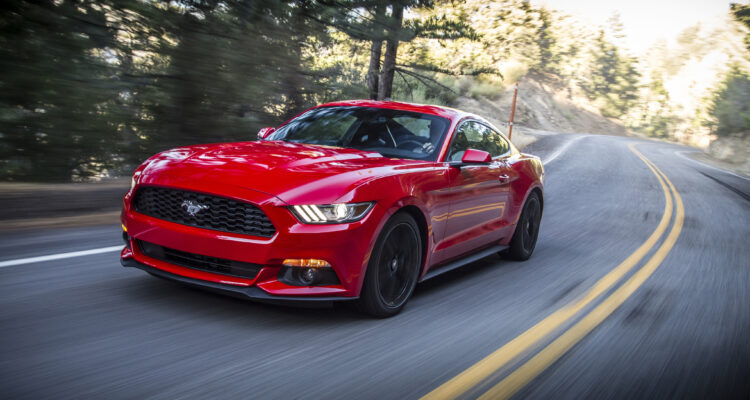 My Mechanic: Turbocharging – why not?

Turbochargers are not new. Invented by Swiss engineer Alfred Buchi who patented the design in 1905, it wasn’t until the 1920’s however that they were used, and then it was to help power the fledgling fighter aircraft in the First World War.

Automotive turbocharging really started back in the early 60’s with the Oldsmobile Jetfire and the infamous Chevrolet Corvair, although these cars proved troublesome for several reasons. Today, many passenger and commercial vehicles on our highways are turbocharged.

Turbochargers, in the simplest terms, are nothing more than air pumps driven by the exhaust gases. Pump more air into an engine and you can add more fuel to produce more power. That makes it sound like a turbocharger would decrease fuel economy, but a turbocharger only produces “boost” or higher air pressure when the driver demands more performance. Most of the time, it is sitting there, idling along.

Internal combustion engines typically only use about 30% of the fuel’s heat energy, so harnessing more of it with a turbocharger makes the engine more efficient. The exhaust gases spin a finned wheel called the turbine. This turns a shaft that spins the second wheel, called the compressor wheel and compresses air into the intake manifold.

Idling, in turbocharger terms, means spinning at 20,000 to 30,000 rpm. It is just coasting along, but when you open the engine throttle and demand more power, the hot exhaust gases push against the turbine wheel and can spin it to 80,000 to 120,000 rpm or even more. The time it takes for the turbocharger to increase speed and provide boost is often referred to as “Turbo Lag” and to the driver it feels like there is a time delay from when you step on the accelerator to when the vehicle starts to accelerate. Large displacement engines may have enough torque that turbo lag isn’t noticeable, but it was on smaller engines. The manufacturers have largely overcome turbo lag using newer materials and designs.

Government regulations requiring increased fuel economy have forced manufacturers to downsize engine displacements. Small engines use less fuel. At the same time, drivers still want power and performance. Turbocharging is the answer. During typical every day driving, we don’t use a lot of the engine power. The turbocharger is along for the ride and a small engine gets good fuel economy. When you need power and step on the throttle, the turbocharger quickly fills the engine cylinders with compressed air and the electronics supply more fuel. You get a large increase in power with less fuel economy but only when you need the power.

Several technologies and designs have improved turbocharging. New alloys and coatings have been used in the construction of turbine and compressor wheels to make them more durable and lighter. Weight is important, as a lighter turbine wheel takes less time to spin up to speed, providing boost quicker. Smaller turbochargers are now used as well, with some engines using two turbochargers. BMW has used two turbochargers in series, where the smaller one would spin up quickly and the larger one would provide more air volume at higher engine speeds. Ford commonly uses two small turbochargers on their V6 engines, each one providing power from one cylinder bank.

Many engines have one turbocharger but use variable vanes inside the turbine housing to direct the exhaust flow to specific spots on the turbine wheel. This enables them to increase the rate of exhaust flow initially to the turbine wheel so it will spin up faster yet allow more exhaust to go through the turbocharger as engine speed goes up. Another similar concept is Ford’s “twin scroll” design where the exhaust manifold is divided into two passages on some of their 4 cylinder engines. Two cylinders flow through one passage and the other 2 cylinders flow through the second passage. Each passage directs exhaust gases to different parts of the twin design turbine wheel for quicker acceleration.

Turbocharging can provide impressive power. The Mercedes-Benz Metris cargo van I drove recently produces 208 horsepower from a 2 liter engine. A light push on the throttle provides acceleration that pushed you back in the seat. This was the type of feeling only provided by large displacement and gas hungry V8 engines in the past. With performance like this, turbocharging will become even more popular in the future.