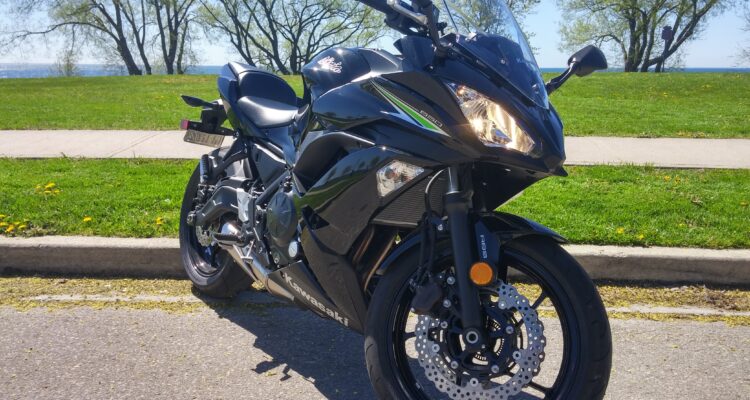 The Kawasaki Ninja namesake has been around for three decades and has become one of the most iconic models in the sports bike segment. Combining smooth and quick power delivery with a riding position that doesn’t punish the rider, the Ninja family offers a lineup that is fun and accessible.

This year, Kawasaki upgraded their 650. Introduced on the market a little over a decade ago, the middle-ground version of the popular model has received quite a few modifications for 2017. I have a soft spot for the generic, wasp-eyed look of Japanese sports bikes, it works on me. At first glance, the changes to the design don’t look that dramatic: it still looks like a Ninja. It’s only when you compare the previous and new generations that you really notice the differences. 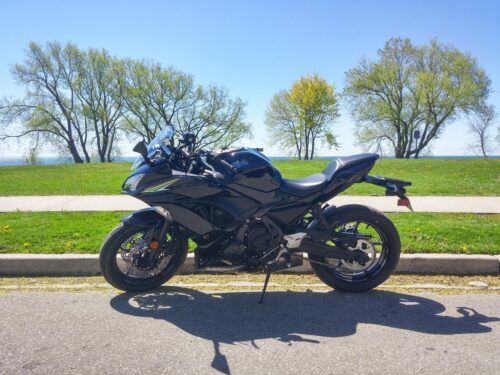 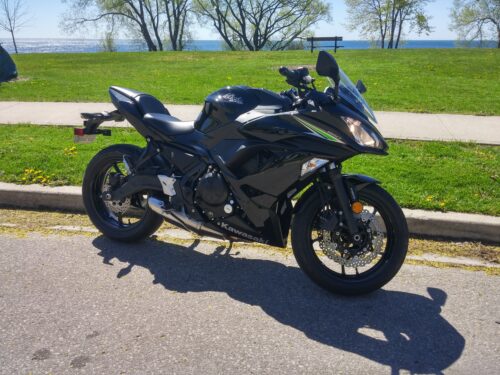 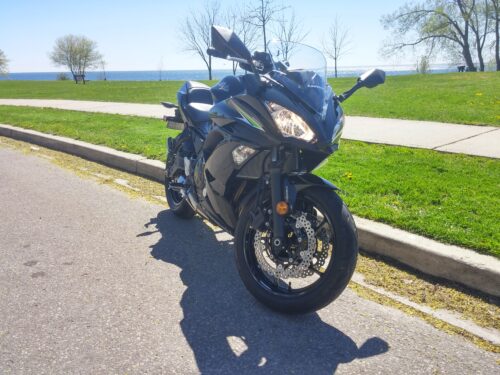 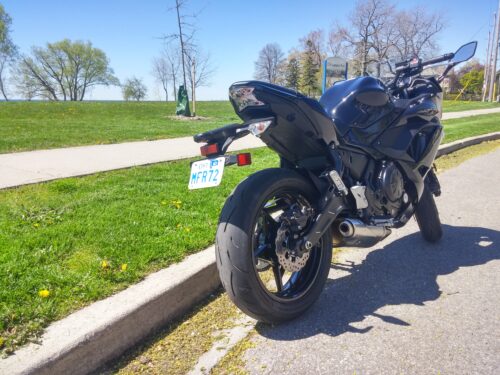 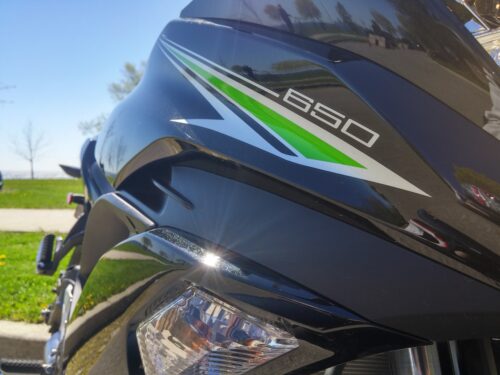 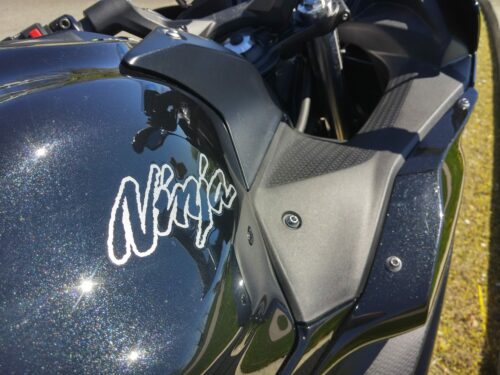 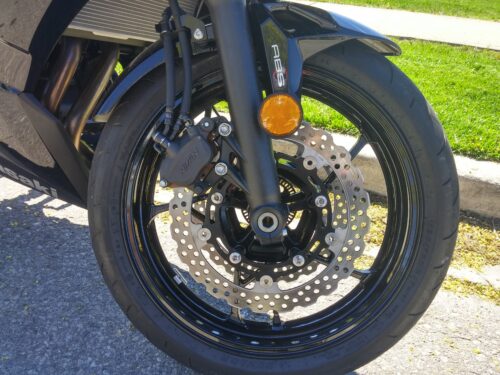 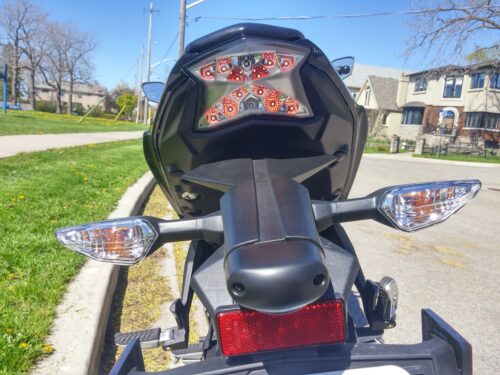 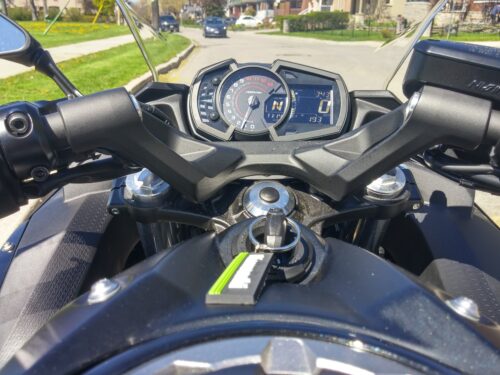 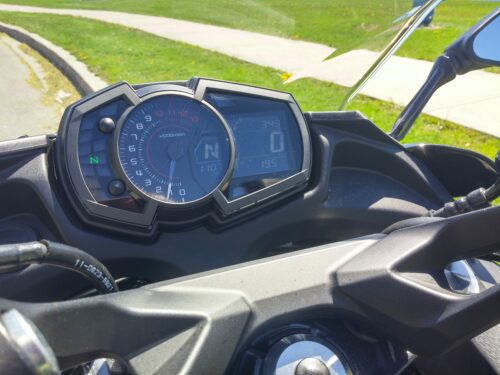 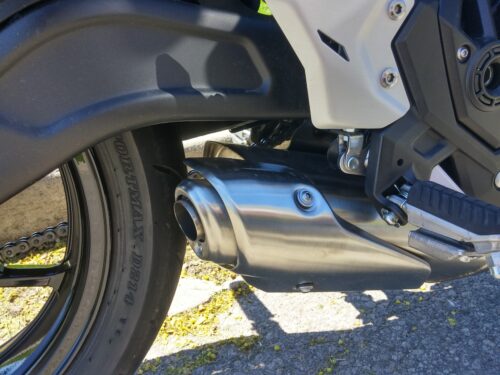 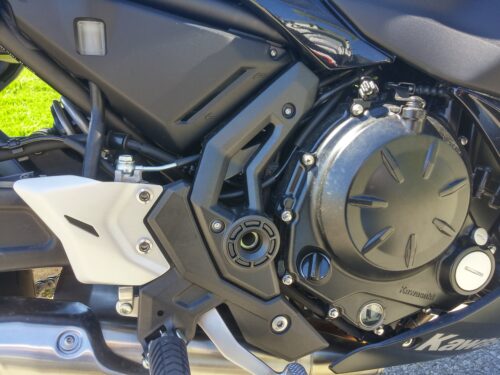 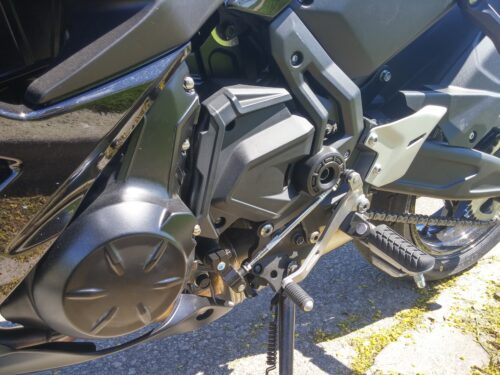 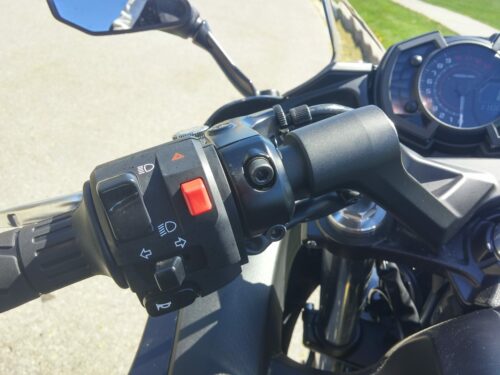 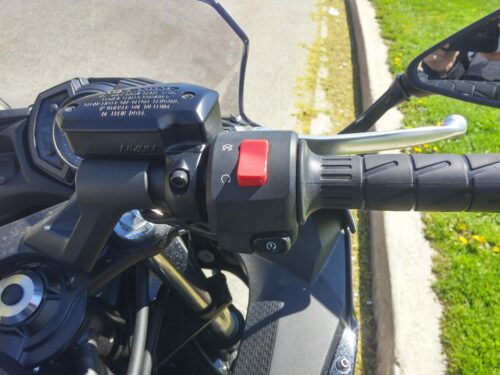 It was apparently possible to make it look even more aggressive. The fairing is more chiselled, with added character lines. The shape of the headlights is more angular. The architectural elements of the chassis are more exposed and the newly redesigned structure weighs in at 193 kg, after having shed no less than 19 kg. With a seat height of 790 mm (or an inseam of 31 inches), the 650 is an accessible and versatile motorcycle.

Instead of being exposed on the side and serving as a visual element, the suspension link is now tucked under the seat, above the swing arm. Other, more discreet updates include the all-new trellis frame underlying the motorcycle that has contributed to the model’s weight loss. Contrarily to some sports bike that can be daunting to straddle, the Ninja 650 feels just right. It is well balanced and don’t be fooled by the size of the engine – it could easily be a good starter bike.

The engine itself has been reworked and has shed close to 2 kg in the process. The 649cc, four-stroke, parallel twin-cylinder engine is tucked in the middle of the chassis and is set up with a 180-degree crank, which means that while one piston is going up in the cylinder, the other is going down. This results in an overall smooth power delivery without too much of a buzz felt in the handles or seat. Torque is readily available in a wide range of revolutions and for 2017, the engine has been tuned in order to deliver even more low to mid-range power. Power is rated at 67 hp and peak torque is 48 lb-ft at 6,500 rpm.

This Ninja offers a great balance between a predictable, easy-to-manoeuvre urban ride and an entry-level thrill-seeking machine. It is well behaved and easy to tame – no finicky braking or acceleration hard to handle. It will do your bidding without as much as a purr. It comes standard with ABS and with a price tag of a little over $8,000, the new 2017 Ninja 650 is an excellent all-around motorcycle, whether you are jumping on two wheels for the first time or a seasoned rider. You will get to test your limits together.