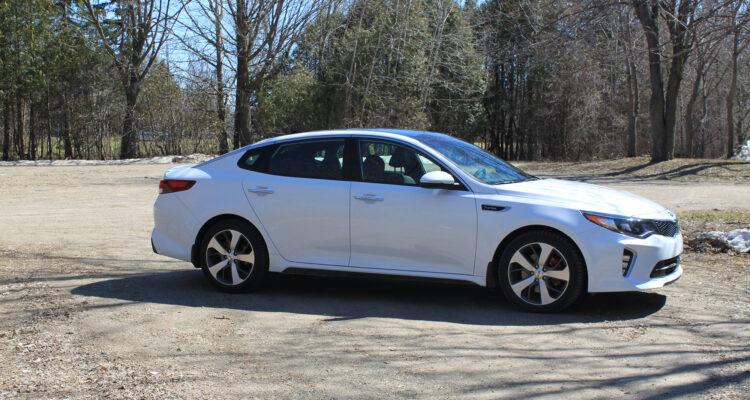 With all the attention – entirely justified – on the new Kia Stinger, the 2018 Kia Optima must be feeling a bit neglected.

And while it’s understandable that the hot new thing would get lots of attention, the Optima deserves some consideration.

And judging by the reaction of several passengers during our time with it, the Optima does just fine on its own, we think. 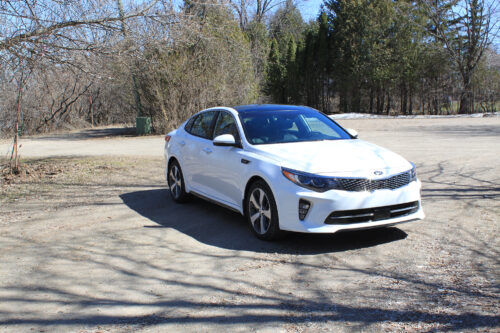 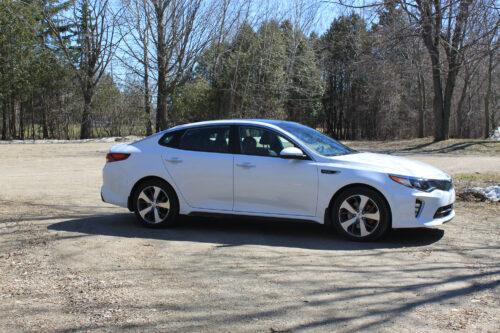 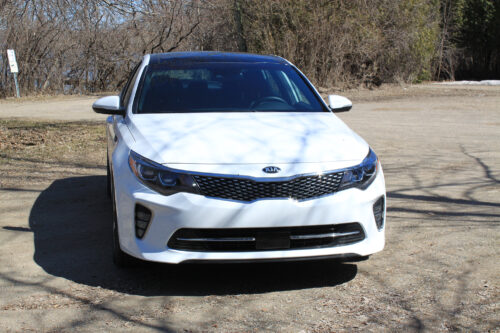 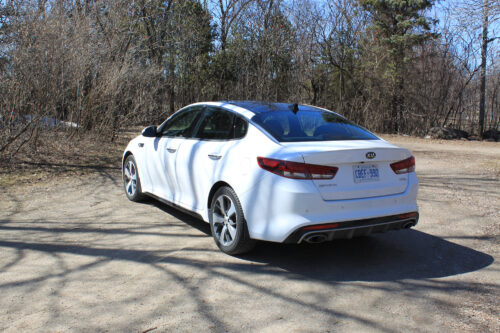 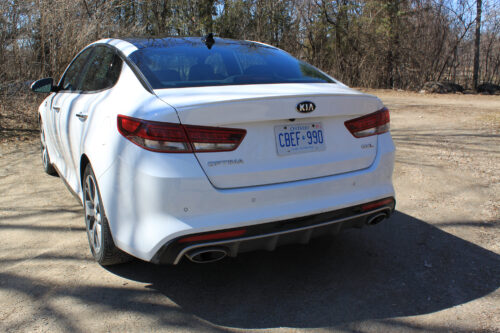 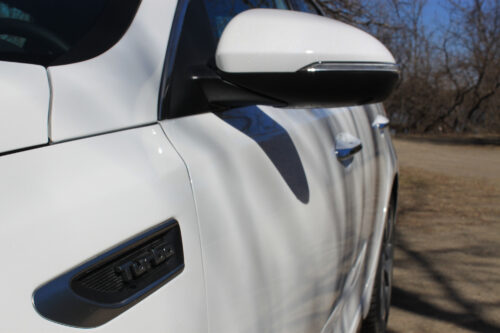 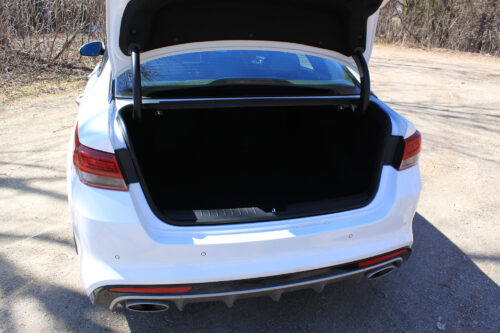 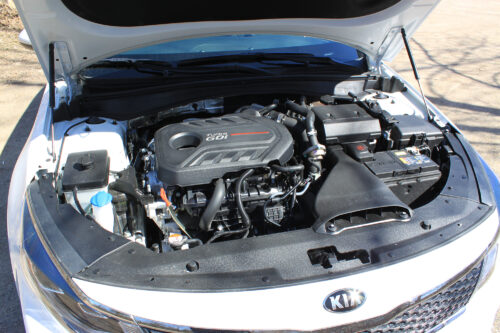 The mid-sized sedan has two available engines, with the base one a 2.4-litre four-cylinder setup with 185 horsepower and 178 lb-ft of torque.

While nothing to sneeze at, the SX and SXL trim – the one we tested – comes with a more powerful 2.0-litre turbocharged four-cylinder engine that delivers 245 horses and 260 lb-ft of torque. Now, that gets you moving in a hurry.

Both engines are paired to a six-speed automatic transmission, but the SX/SXL adds paddle shifters for extra fun.

The turbo engine in the Optima is rated at a combined average of 9.4 litres per 100 kilometres, but we could do no better than 10.5 L/100 km during a week with it.
Maybe we were enjoying the turbo a little too much?

Also enjoyable is the exterior styling, which while not overly flashy, is still an attractive look that holds up well against many of the competitors in the segment.

There’s a sleekness to the overall design of the Optima, with nice lines front to back, as well as a nicely executed front grille and headlight assembly.

The SXL also comes with some very attractive 18-inch alloy wheels, with bright red calipers visible to give a flair of sportiness to the Optima.

The panoramic sunroof floods the cabin with natural light so that, despite all the black materials, you never feel cramped.

The tester was equipped with heated and cooled front seats, which come in handy when the mornings are chilly and the afternoons are scorchers.

While the outside is nice, the Optima’s interior is what garnered the most positive comments from passengers.

Indeed, it is a nice place to spend some time.

The materials, as well as the fit and finish, are good and the overall layout is well executed.

And the cabin is also a quiet and comfortable environment, making it all the more pleasant. 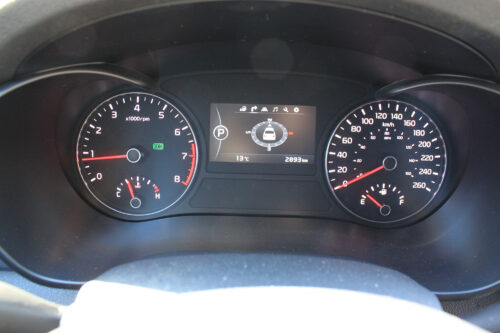 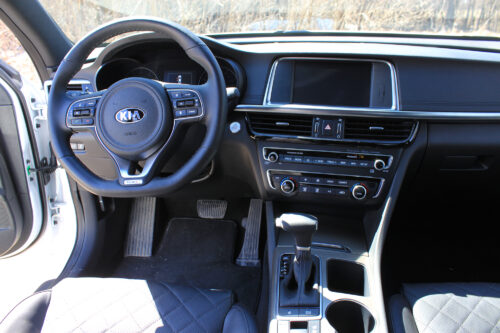 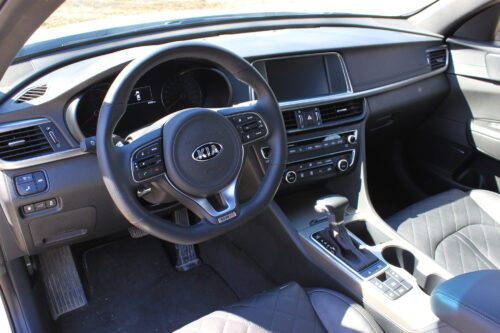 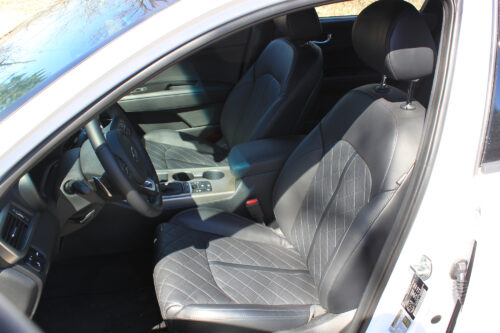 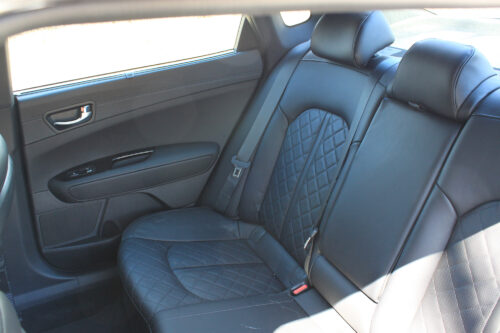 Rear seat passengers who happen to be on the tall side could have a bit of an issue, however, as the slopping roofline does limit headroom a bit.

Up front, the base Optima features a 7-inch infotainment screen, but our tester gets the larger 8-inch screen and navigation, and the system is compatible with Apple CarPlay and Android Auto, so points for that.

Whether using the phone interface or the built-in system, the Optima’s infotainment setup is simple and easy to operate, enhanced by the touchscreen capability.

There’s also wireless charging for your cellphones if they are compatible.

Behind the wheel, the driver can adjust the engine’s settings depending on whether you feel like being green or a little racy.

Through the drive mode selector, you can toggle through the Eco/Normal/Sport modes, with normal being the default every time you hit the push button start.

The ride itself is smooth and the handling feels competent, so there’s not much to nitpick about here in terms of how it drives.

Power from the turbo engine is readily available and acceleration through the gears is pretty crisp, even when you go off the paddle shifters and allow the transmission to do its thing.

Other than missing the mark on the estimated fuel economy numbers, there is little else to complain about in the Optima SXL.

So while the Stinger may be stealing the spotlight at the moment, the Optima is lurking in the wings, just waiting for you to notice it. When you do, you shouldn’t be disappointed.