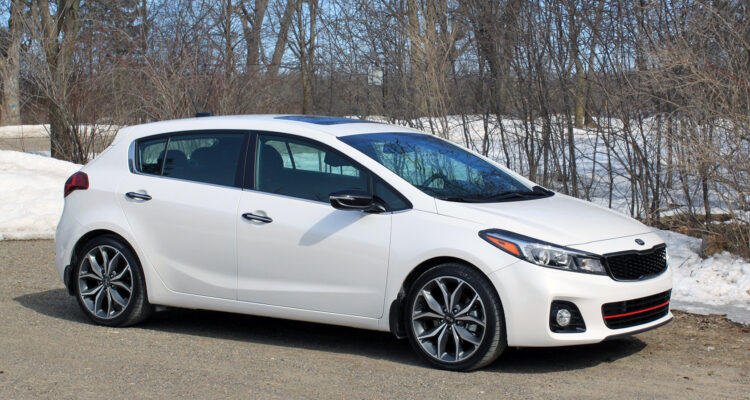 Judging by recent monthly sales figures, the Kia Forte is an important vehicle in the Korean automaker’s Canadian line-up.

Now in its second generation, the model received a refresh for the 2017 model year. 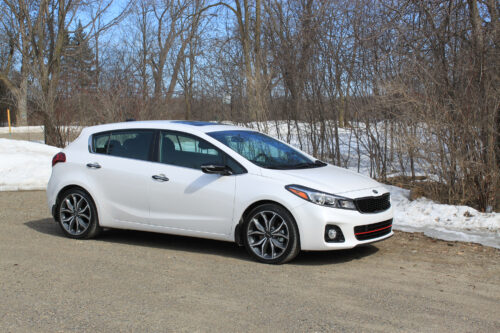 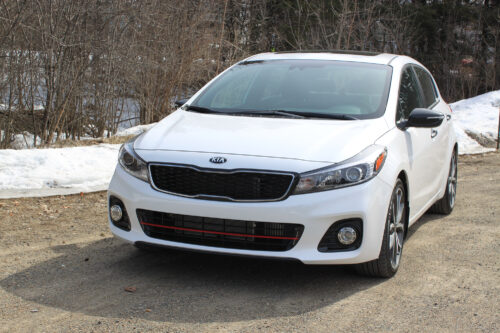 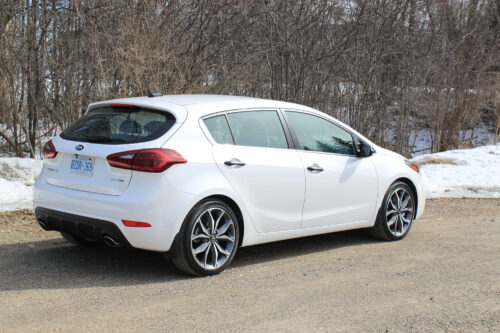 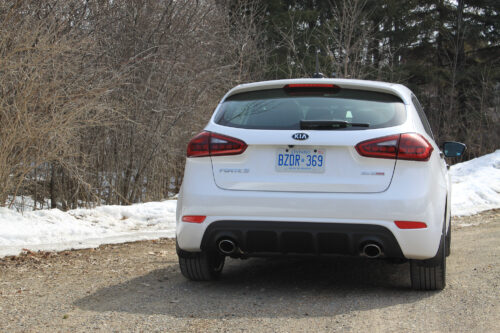 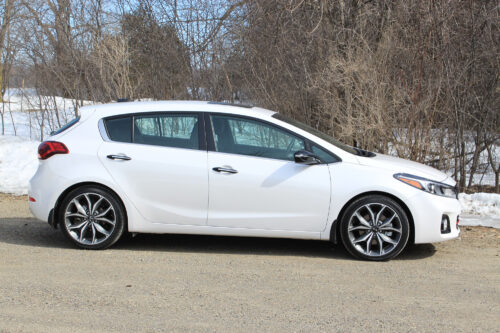 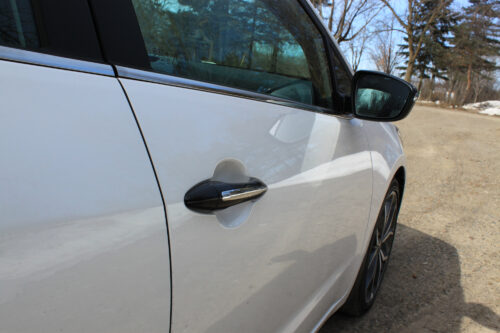 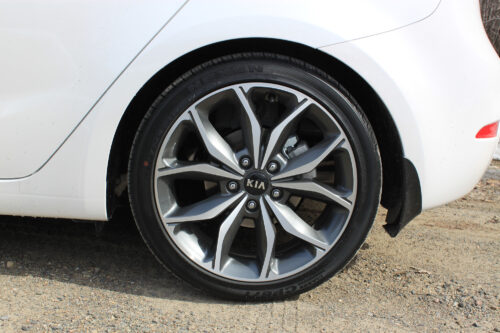 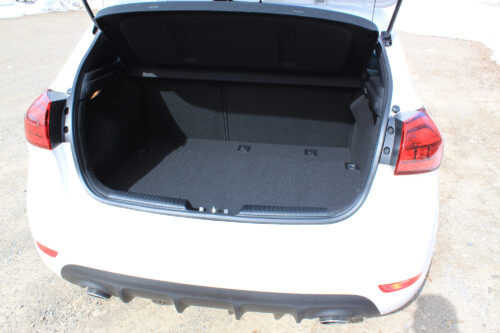 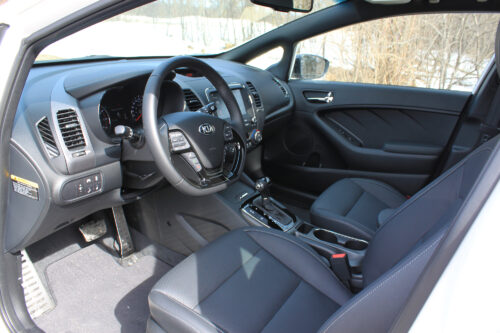 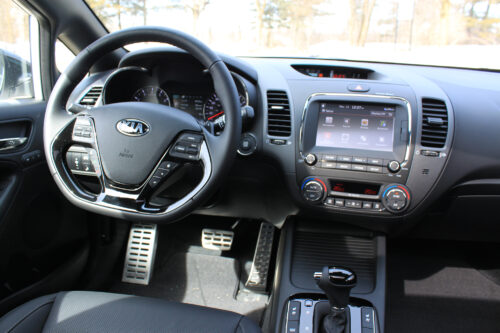 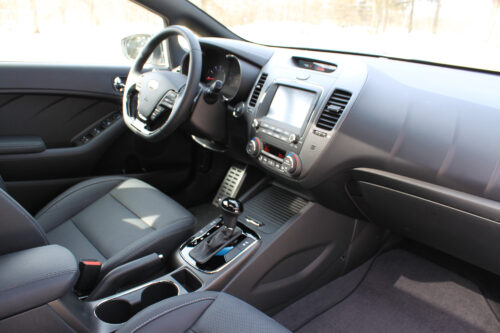 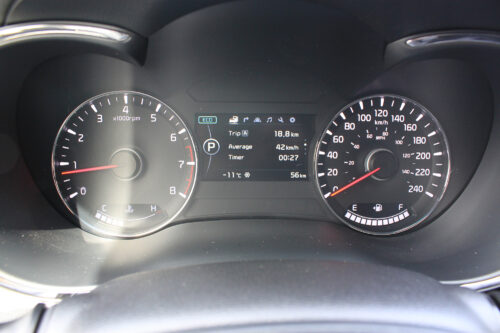 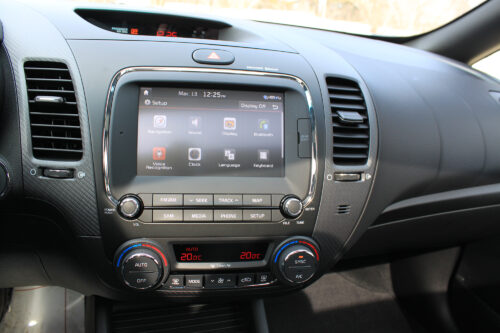 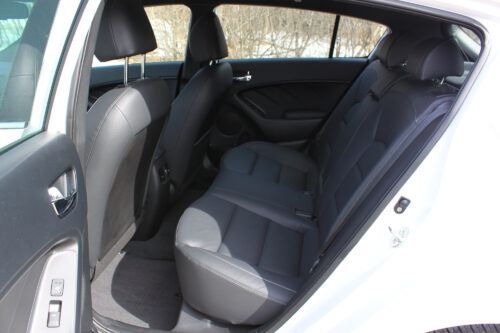 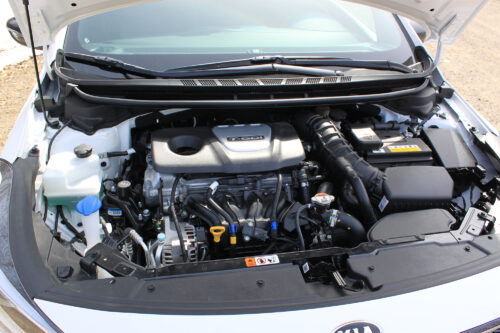 Offered in sedan and hatchback version, we recently got behind the wheel of the Forte5 SX, the line’s top trim.

The reasons for the model’s success for Kia are likely tied to two key factors: Its affordability and the fact it comes with a lot of standard features.

When looking at the Forte5, pricing starts at $19,965 and in typical Kia fashion comes equipped with many items that are more and more essential to today’s consumers, such as heated seats, air conditioning, windshield wiper de-icer and more.

The Forte5 offers two engines depending on the trim level, with the base models getting a 2.0-litre four-cylinder engine (164 horsepower and 151 lb-ft of torque).

The SX has more guts under the hood thanks to the 1.6-litre turbo GDI four-cylinder engine paired with a 7-speed dual clutch automatic transmission, which also features steering-wheel mounted paddle shifters.

The turbo engine delivers 201 horsepower and 195 ft-lb of torque, with a combined fuel economy rating of  8.7 litres per 100 km.

The second generation Forte has received some styling updates, including the front bumper, headlamps and grille, which in the SX trim has a subtle horizontal red line that pops against the black grille paint.

And the SX’s white exterior was nicely accented by black high gloss paint on the outside mirrors and door handles.

To match the sporty engine, the SX also gets some really nice 18-inch alloy wheels and a dual exhaust.

Other exterior highlights of the Forte5 SX include a rear spoiler, Xenon HID headlights and an LED light bar in the rear.

It’s a package that is certainly attractive and had one current Forte owner in my family wishing she could drive off with the new Forte5.

The interior refinements were less significant, focusing mostly on some accents and garnish upgrades.

The SX does get one extra goody, however, in the form of the D-shaped steering wheel, which when combined with the alloy pedals, give the SX interior a sporty look.

And while the upgrades were minor, the materials in the cabin were of an excellent quality and the fit and finish was good.

And the Forte5 SX packs a lot of goodies into the cabin, such as ventilated leather front seats, heated rear seats, a heated steering wheel, a 10-way power driver’s seat and a navigation system among other things.

The Forte5 SX’s infotainment screen is on the smaller side of today’s spectrum, but it works well and that’s all that matters.

There’s simple to understand buttons to toggle between features and adjust settings, and it does come with Apple CarPlay and Android Auto compatibility.

The Forte5 has a lot going for it, but I found that the drive could still use a bit of work.

There is some lag when accelerating, which got a little annoying after a few days quite honestly. Once in second gear, however, the Forte5 SX was a lot of fun to drive, and the transmission is very smooth.

However, the interior did get on the noisy side when out on the highway.

And with a sportier setting on the suspension on the SX, Montreal’s notoriously bumpy roads were not kind to the occupants during our test.

In terms of safety, the SX also comes equipped with a lane-keep assist system for 2017, as well as blind-spot detection and a rear-view camera, on top of the usual complement of airbags.

Despite some shortcoming — hey, nothing is perfect — there’s a lot to like about the Forte5, even when not opting for the SX trim.

It’s an affordable car with a good amount of room for passengers and cargo. It is, however, it a very tough segment of the market so, in a way, the SX’s styling makes it stand out a little among its siblings.

However, looking at the $30,000 bill, there are several options for consumers to choose from at that price point.