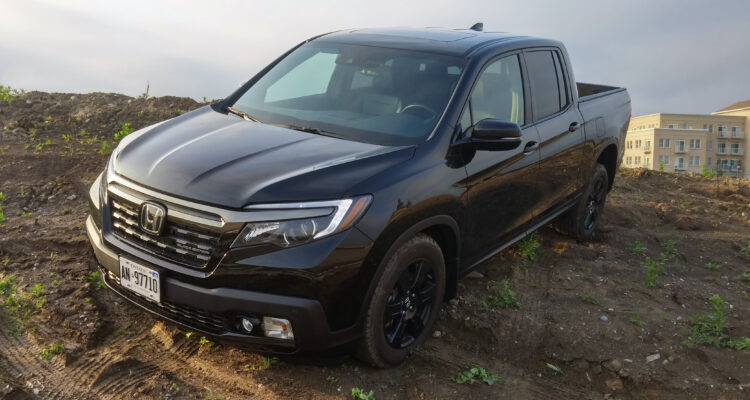 In the automotive industry, competition has both good and bad sides. As in sports, the good side to competition is that a better opponent will help you up your game and challenge you to do better. On the bad side, however, if your game isn’t strong enough, the defeat is all the more bitter when the competitor wipes you off the grid. And I feel that’s the story of the 2017 Honda Ridgeline.

Technically speaking, there is nothing really wrong with the Ridgeline. It is an overall capable vehicle that plays well within its segment. But it goes against some fierce opponents. If you thought competition in the industry is rough, the pickup truck category is probably the meanest of them all. And with a price tag that doesn’t really justify anything besides a Japanese tag; the Ridgeline is destined to remain a niche product.

When it was discontinued three years ago, Ridgeline was discreetly removed from the lineup. It just couldn’t keep up with the American domination of the market. Last year, Honda reintroduced a fully redesigned model built on Honda’s new-generation ACE structure and the promise of a new beginning.

The silhouette got rid of the Avalanche-like flying buttresses design for a simpler, more modern look. It adopted a similar front proportion to the Pilot, sporting the same wing-shaped headlights and grille. One could even say it looks good; at least a lot better than the first generation.

Along with a new look, Ridgeline also received a few added perks for maximum convenience including a dual-action liftgate that either lifts up and down or pivots on hinges like a door. Payload is rated at 713 kg and the bed is equipped with eight 160 kilo-rated anchor points.

There’s no denying it, the Honda Ridgeline is actually a very capable vehicle. Granted, it doesn’t have the fancy retractable steps to access the box like on the Ford F-150, but if you’re working outside, the box turns into a huge speaker blasting out your favourite song to whistle to while working. Who said doing hard work can’t be glamorous?

For my test drive, I got behind the wheel of the Black Edition that adds a few design elements such as dark-coloured, 18-inch alloy wheels for a proper blackout look as well as Black Edition badges. On the inside, red stitching and ambient lighting are unique to the edition. It also features a full infotainment system with voice-activated navigation, a multi-angle rearview camera, heated and ventilated front and heated rear seats, a 540-watt, eight-speaker sound system with truck bed audio system and more.

The handling of the truck is what I would consider average. It drives the way a pickup truck should, there is no surprise here. Steering is responsive, but wide and progressive, despite the Honda trying to jazz things up with words such as torque vectoring and superior on-road performance.

Front and rears suspensions are soft enough to tackle unpaved roads with confidence without being bounced around. 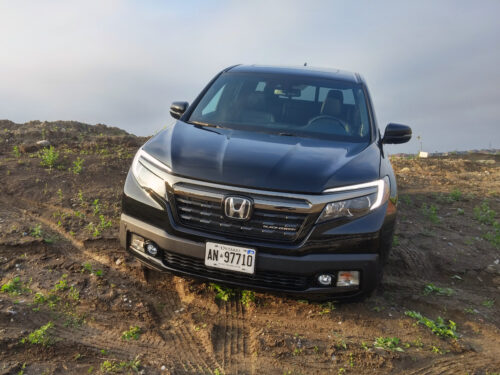 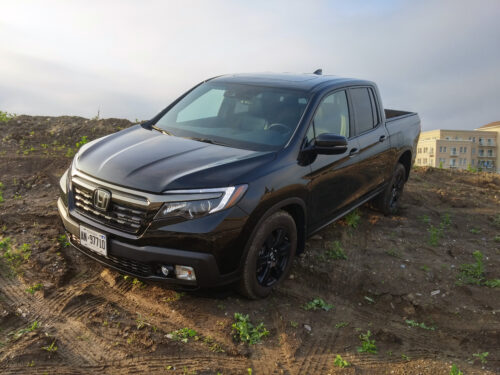 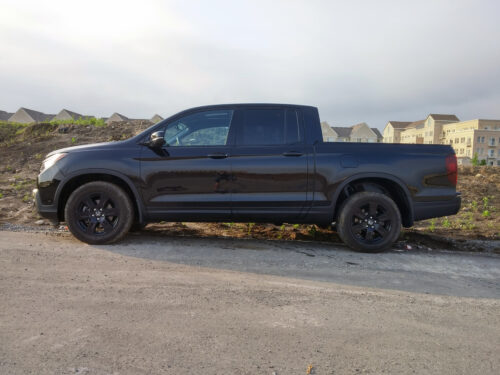 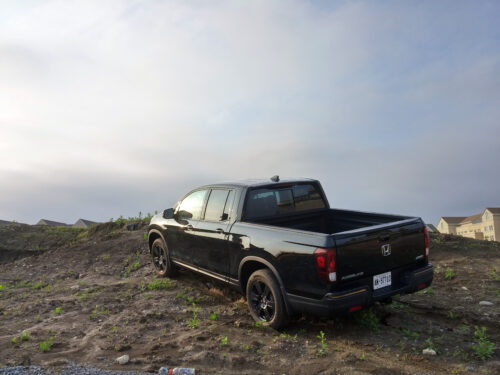 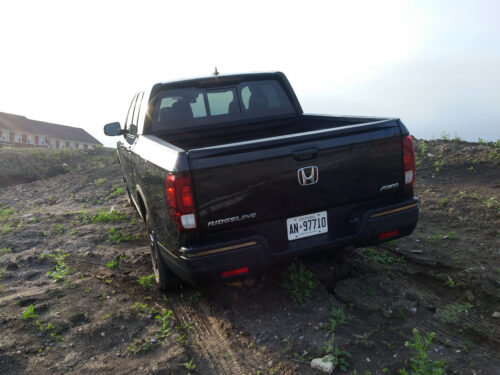 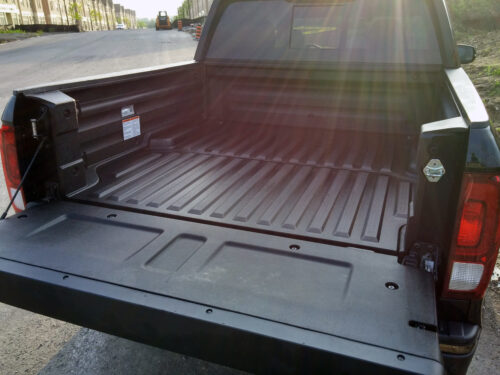 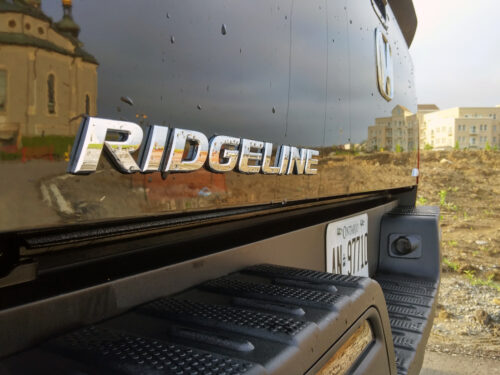 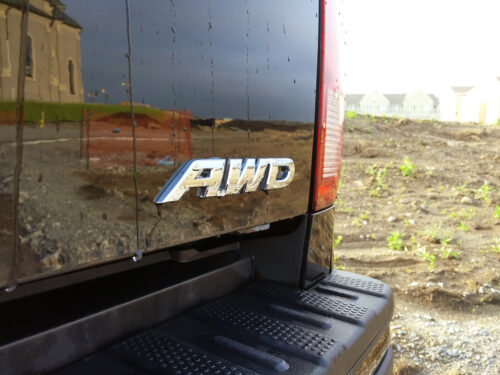 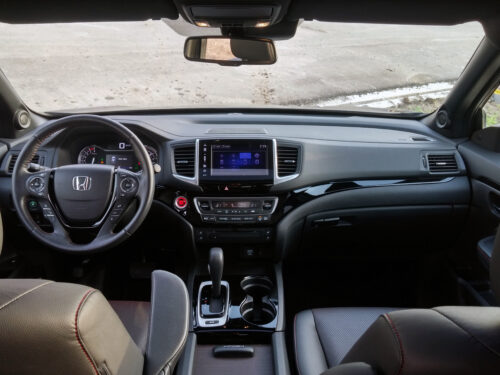 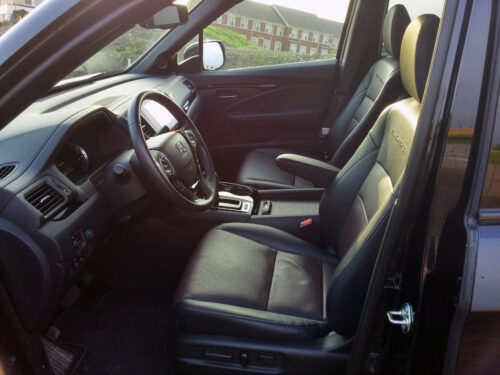 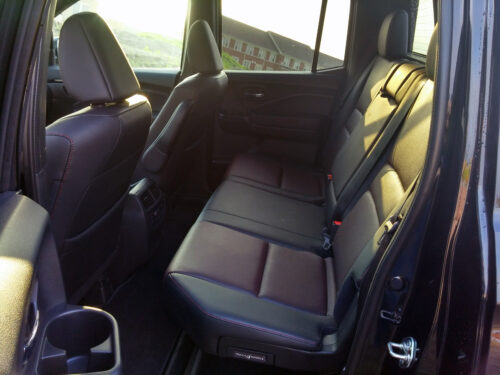 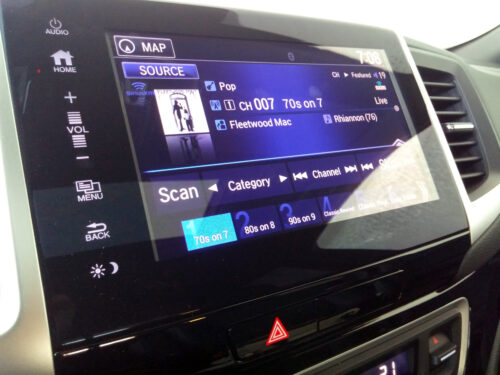 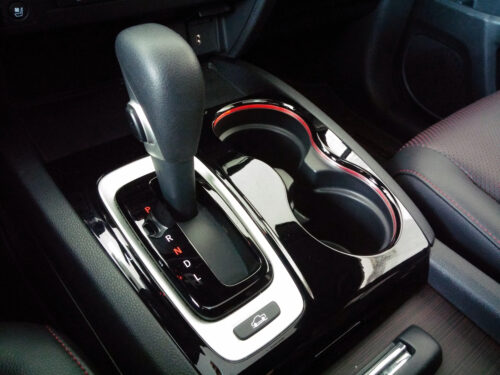 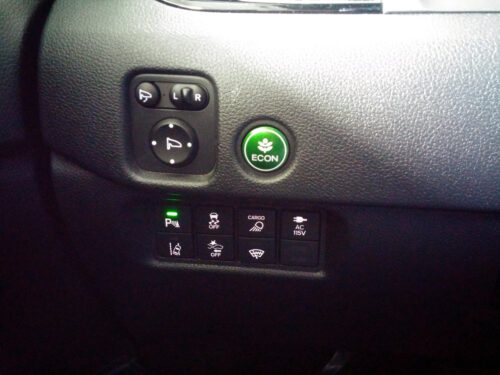 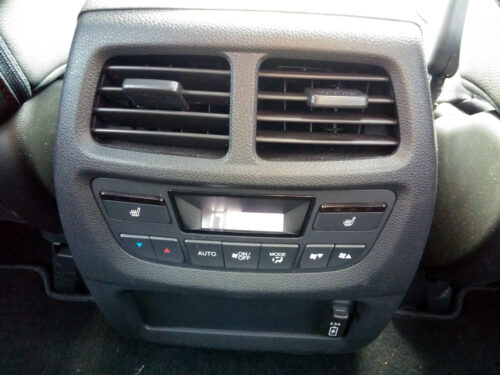 Power remains the same as the previous generation with a 3.5L V6 engine. The updated block now produces 280 horsepower and 262 lb-ft of torque teamed with a six-speed automatic transmission. Power delivery is smooth and constant, though a little sluggish for my liking.

A V6 is the entry-level and the only powerhouse available in the Ridgeline. Instead, customers can customize their vehicle by opting for the newly-available, entry-level front-wheel drive layout or the all-wheel drive.

The Black Edition is all-wheel drive and Honda’s system performs very well. I decided to tackle a pile of damp dirt for some pictures and it went up the mountain without any issue. The Firestone Destination LE tires fitted on the Honda Ridgeline also provided excellent grip. There is no doubt that Honda’s all-wheel drive system, without being the brand’s most renown feature, provides excellent performance.

What is the Ridgeline’s Achilles heel? The price tag. Pricing starts at $36,790 – and the version I drove nears $50k – which places the Ridgeline over $10,000 above its main competitor’s starting price. In comparison, the V6 Chevrolet Colorado starts at $25,000. Even the Toyota Tacoma and Nissan Frontier are better priced.

The 2017 Honda Ridgeline is not a bad vehicle, plus it benefits from Honda’s reputation for reliability. But it’s simply not enough to make it stand out from the crowd. Has Honda set up the new Ridgeline for success or failure in the market? Only time will tell.