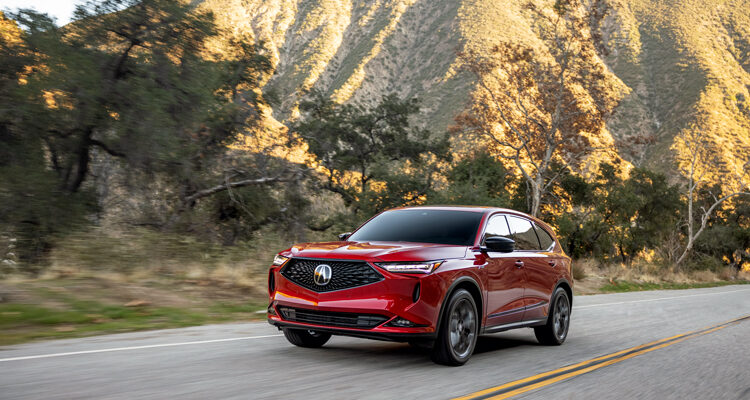 Like the really smart kid in school, Acura skipped a year for one of its best and brightest, the popular MDX, rolling out the 2022 version to replace the 2020 model.

The end result is a pretty stellar grade for the fourth generation of the three-row SUV. The MDX underwent a major overhaul pretty much from the ground up, including a new platform, as well as totally rethought interior and exterior styling.

Acura calls this version of the MDX the most premium and sophisticated SUV in the brand’s history and it is hard to disagree with that assessment after a week driving the new A-Spec trim, one of four available.

The others are MDX, Tech and Platinum Elite – with a starting price of $58,895. The A-Spec, as tested, comes in at $67,042 with a few small extras and fees added in. That includes $500 for the Performance Red Pearl paint, but it’s money well spent because it really makes the MDX’s styling pop.

Powertrain: What also pops is the MDX’s performance thanks to a new engine under the sleek hood.

It’s a 3.5-litre V6 i-VTEC engine that effortlessly delivers 290 horsepower and 267 pound-feet of torque, paired with a 10-speed automatic transmission with Sequential SportShift and standard paddle shifters. The transmission is also excellent, delivering power when demanded by your right foot with little hesitation.

The MDX also features the fourth generation of Super Handling All-Wheel Drive system and includes an Integrated Dynamics System, which allows the driver to control vehicle settings through a dial in the centre stack to pre-determined programs like Snow, Comfort, Normal, Sport and Individual. Most of my time was spent on Normal or Sport mode.

Acura says the engine includes a range of advanced friction-reducing technologies that help boost fuel efficiency, but that didn’t bear much fruit for me. The estimated combined fuel economy for the MDX is 11.2 litres per 100 kilometres, but I could only muster 14.6 L/100 km.

Another new feature on the 2022 MDX is the use of an active grille shutter, which closes portions of the lower grille to help reduce drag.

Exterior: It has to be stated right off the hop here, there’s really not a bad angle from which to take in the new MDX.

My favourite view, though, is head on. The new Diamond Pentagon grille is a thing of beauty that blends in seamlessly with the sleek four-element JewelEye headlight assemblies and it is accented by air vents and fog lights.

The MDX features crisp lines, including on the long and creased hood, not to mention some nicely sculpted door body panels.

The A-Spec gets exclusive 20-inch Shark Grey alloy wheels (up from the standard 19-inchers), and there is a perfect amount of gloss black accent pieces (mirrors, side trim) that give it a sporty feel.

That perception is also enhanced by the wide and aggressive stance of the MDX, which is in line with the model’s handling prowess.

At the rear, the MDX is just as attractive driving away with dual chrome exhausts and LED taillights that blend into the SUV’s strong shoulder lines.

All MDX trims also get a panoramic moonroof as standard.

Interior: The MDX’s cabin is just as nice as the exterior, with Acura saying it now features more room for occupants and their gear thanks to the larger wheelbase and other changes to the interior layout.

The design and layout of the cabin is clean and functional, and the materials used are top notch.

It also features modern touches like the all-digital Acura Precision Cockpit, which does away with traditional gauges in a customizable 12.3-inch screen that is a thing of beauty. The driver can select what information they wish to see in a crisp display.

The seating in the MDX is another bright spot, with them not only being comfortable, but elegant in the Ultrasuede and leather-trimmed surfaces on the A-Spec. The sport seats feature 12-way adjustment and three-position memory.

In the A-Spec, the front seats are ventilated on top of being heated, with the outboard second-row seats also heated.

The second row features a removable middle seat, something I could see as a big benefit to families with car seats, while the third row is actually quite roomy.

When accessing the cargo area, the MDX has a power liftgate with hands-free access and walk-away auto close, nice features to have.

One quirk of the interior layout, though, is a handle that protrudes in the centre console over the wireless charging pad. It is a good place to rest your hand, so it’s functional, but it does seem a little awkward to me.

Infotainment: The MDX has a really nice infotainment setup, featuring a widescreen 12.3-inch display that, like the digital cockpit, is crisp and easy on the eyes.

On the A-Spec, the standard system is upgraded to the ELS Studio 3D Premium Audio System featuring 16 speakers, including subwoofer. The sound out of the system is excellent.

To control the infotainment system, Acura now uses what it calls the True Touchpad Interface, which seems self-explanatory. What isn’t so simple, though, is learning how to operate that touchpad, which I found to be a little finicky at times and nearly impossible for me to operate while driving. Call me old school, but I still prefer traditional controls over these modern features.

The system does have plenty to like, though, including wireless Apple CarPlay and Android Auto, as well as wireless and USB-C charging. In a first, for me at least, the MDX also has Amazon Alexa built in.

Drive: The ride in the MDX is cushiony, likely thanks to the revised double wishbone front suspension and multi-link rear setup, which gives the SUV a more luxurious than sporty feel.

Acura also did an excellent job at sound deadening the cabin, making it supremely quiet at highway speeds.

The engine does a decent job of motivating the MDX, but it could probably benefit from a few more horses in certain conditions.

Overall, the ride may not be as sporty as the MDX’s styling would lead you to believe, but it is nonetheless a pleasant and competent performer. 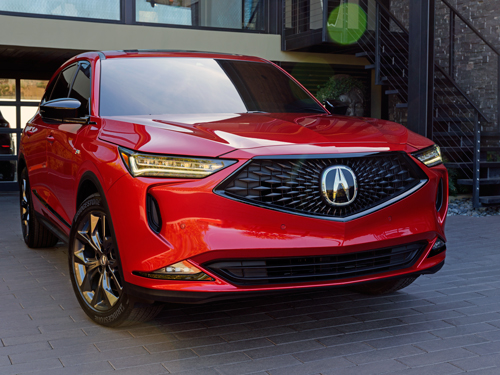 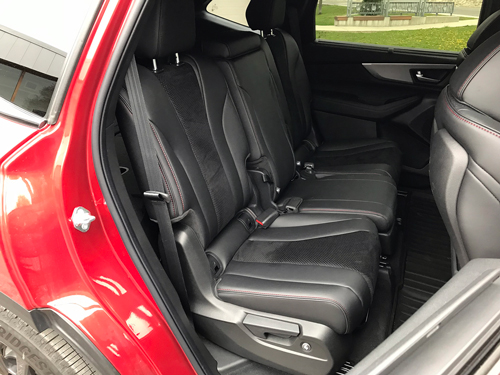 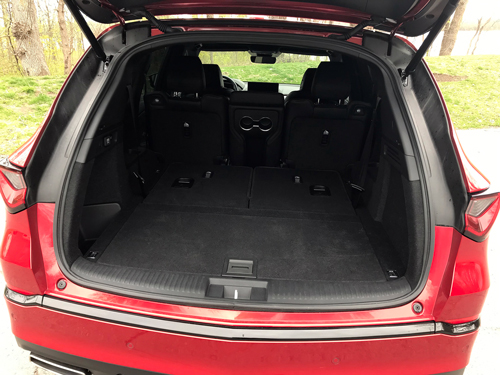 Conclusion: The report card on the MDX is one that would make any parent proud. Lots of high marks for styling, comfort and amenities. The SUV has many positive qualities and is ready to take on all the competitors in this segment. While perhaps not as dynamic a ride as some might like or have expected given Acura’s pedigree, the MDX will definitely find plenty of fans for its overall package.