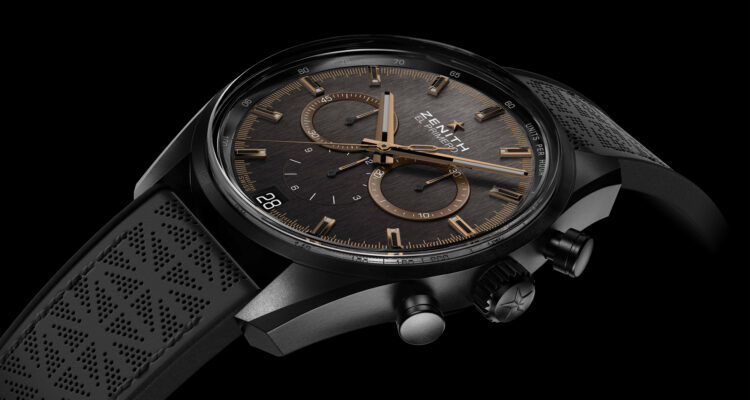 New Range Rover Velar is one to Watch

The all-new Range Rover Velar has its very own matching watch.

Ranger Rover and Zenith announced on Wednesday that the watchmaker was launching the Zenith Chronomaster El Primero Range Rover Velar Special Edition to celebrate the launch of the new mid-size SUV.

Fun fact: The name Velar was actually used on badging during testing back in 1969 for the Rover car company’s new line of luxury SUVs before they were badged as Range Rover for the 1970 launch.

Velar is based on the latin word velare, which translate to ‘cover’ or ‘to veil.’

When the SUVs launched in 1970, Zenith unveiled a prototype of the world’s first self-winding chronograph movement, called ‘El Primero.’ Zenith says it was the most accurate wristwatch ever made.

On Wednesday, the Zenith Chronomaster El Primero Range Rover Velar Special Edition was unveiled for the first time in Geneva.

The watch as developed by teams from both companies working closely together.

The watchmaker says that “Velar maintains its position as the most precise series mechanical movement on the market.”

The Range Rover and Velar names are engraved on the backside of the watch, which is a transparent backing that allows you to see the oscillating weight and retaining ring.

The strap is made from the same Scottish leather that is in Range Rover interiors.

In a statement, Land Rover Chief Design Officer Gerry McGovern said: “The Range Rover Velar brings a new dimension of modernity, elegance and a touch of glamour to the Range Rover family. The Chronomaster El Primero Range Rover Velar, created with these very same principles, comes with a bloodline like no other and is refined for every occasion. It will stir the emotions.”

Jean-Claude Biver, Zenith CEO and president of LVMH Watch Division, said: “Zenith stands for art, tradition, culture and precision timekeeping. It is essential that we preserve these qualities, as they all belong to our more than 150-year-old DNA. The Chronomaster El Primero Range Rover Velar shows how both companies share a determination to find a harmonious way of connecting our tradition to the future, while showing respect for our iconic products.”