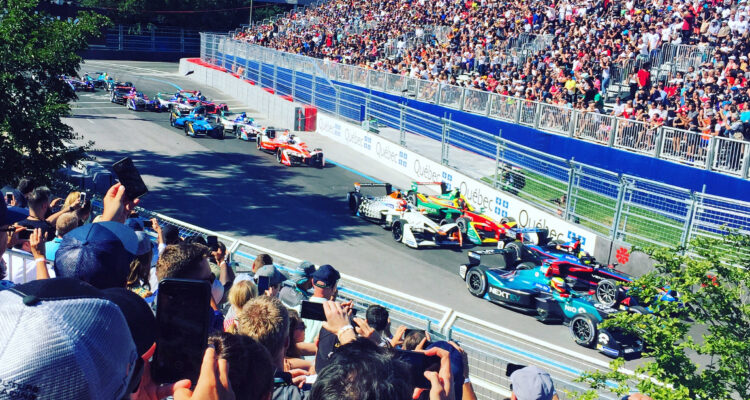 My terrible play on words for the title of this article aside, this past weekend in Montreal, this really were electric on the downtown streets as Formula E took over a huge portion of the city. Still in its infancy, Formula E racing is largely unknown in the world, so this weekend in Montreal was all about an introduction to the world of electric open-air racing, for both yours truly and the general public.

Full disclosure: This is not going to be a news piece on how the street track disrupted the residence and businesses in the area for weeks or about who took pole position and how the season played out to lead to the winners this past Sunday. No, this is more of an opinion about the whole thing, and a bit of “living the Formula E life” for a few days, the way I did. So bear with me. 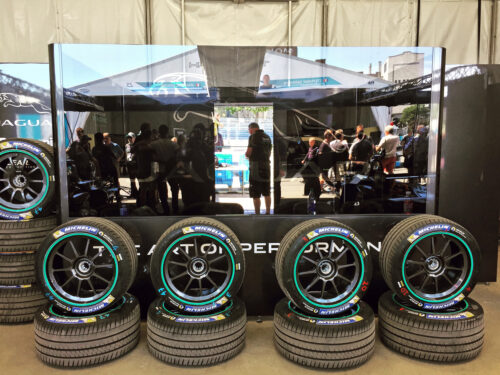 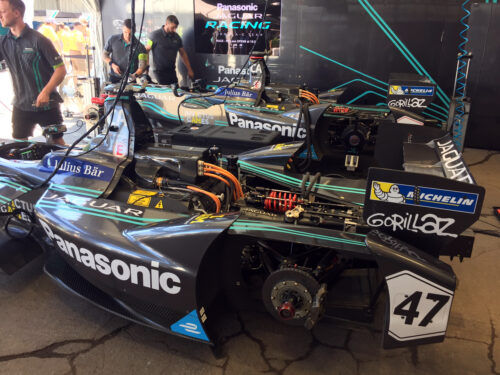 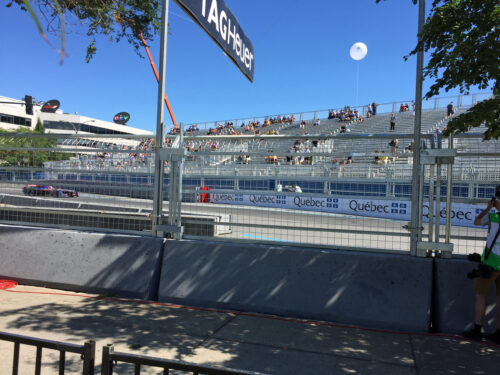 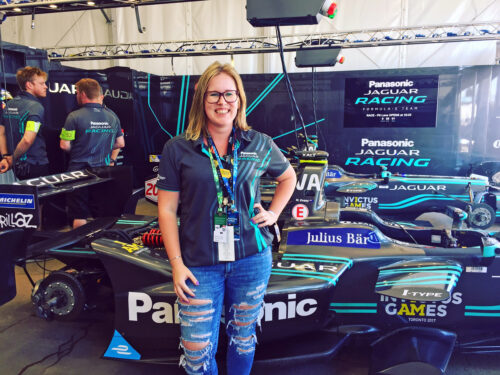 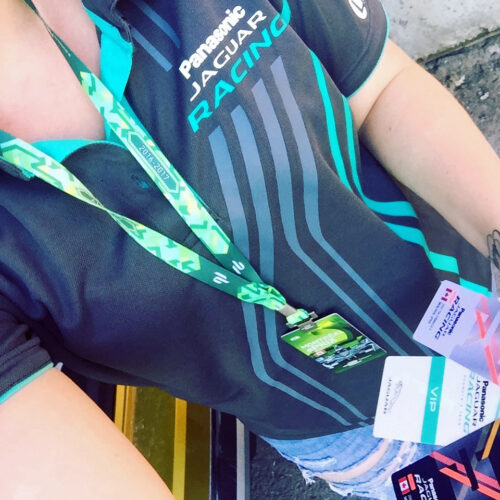 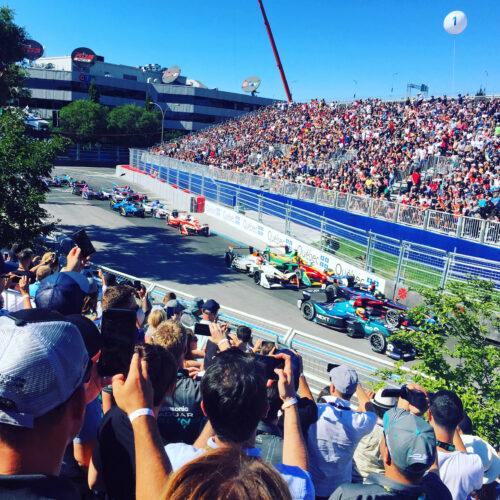 First off: What is Formula E? Well, as the name would lead you to believe, it is a great deal like Formula 1. The team cars are very Formula 1-ish and so are the garage set-ups. However, that’s kind of where the similarities end. To make a long story short: These race cars run on battery power only. They only run on one set of tires all season and do not pit during a race. Halfway through the race, drivers change cars entirely for a new one with a fully charged battery. On-course battles are as real and nail-biting as in F1, without all the engine noise and burning fuel smells.

As a very lucky guest with Jaguar Racing, I was given an in depth tour of their garage facilities and a rundown on how the cars themselves actually work. Looking into the garage was familiar at first, until the large tubs of dry ice emerged and suddenly each vehicle was a science experiment. Keeping the batteries cool is extremely important since the temperature can’t sour above 62C (and needs to stay above 21C, as well), so while stationary, each team uses a unique method to cool the battery; some pipe it in via large ducts, others have created nifty little shelves above the battery where they use ice scoops to load the dry ice in. While out on the track, drivers use a water-cooling system that they can control to ensure the battery stays at optimal running temperature.

You won’t spot any “superchargers” or plugs for the Formula E race cars either, no they park over charge pads used to bring the 200kWh battery to full charge.

Oh, and if you were wondering what the equivalent in fuel used is per race for the e-Prix cars? Well, it works out to about 5.7 litres of gasoline. At the moment, F1 has a limit on the amount of fuel used in each race set at 105 kg. Quite a difference.

When I spoke with Jaguar Racing drivers Adam Carroll and Mitch Evans before the weekend in Montreal started, both were intrigued and excited to hit the mean streets of Montreal. They were sure it would be one of their favourite stops on the championship circuit because not only were there lots of dynamic turns and street imperfections (good ol’ Quebec road work!), but the size of the track would allow for passing.

If you think driving a Formula E car is the same as driving a gas-powered formula car, you’re sorely mistaken. Within one lap of a Formula E race, drivers will complete around 40 movements/tasks; from shifting (if the vehicle isn’t equipped with an eDrive gearless setup) to monitoring battery temperature to making calculated brakes for regen to strategizing vehicle placement on the road for passing and/or blocking. It’s all very calculated and not just about speed.

To say I was impressed was an understatement.

Now, about the silence of Formula E. Let me burst your EV bubble: It’s actually not that quiet at all. I mean, it’s no F1, but it’s also not like air passing you by on the track. No, each car emits a high-pitched electrical whine, and the sound of the rubber on the road is also audible, as are gear changes/downshifts as the mechanical thunk reverberates off the cement barriers and up into the grandstand.

Interestingly enough, crashes are much more audible as there’s no roaring engine noise to cover up the carnage.

I’ll be honest; I expected to be bored by qualifying and the race itself. But such was not the case. It’s face-paced (not as fast as F1, but the Formula E vehicles can reach speeds of 140 mph on some straights), there’s a heavy amount of rivalry between teams, and the racers are talented and fiercely driven to win. And with Mercedes and Porsche jumping on board in the next few years, that competition is only set to intensify.

And while the Panasonic Jaguar Racing team was never set to hit the podium (they went into the season knowing the car was outdated technologically and too heavy), they learned a great deal in their first season with Formula E, and that’s also a huge part of the race series. These teams are learning, every race, ever practice session, every qualifying run. They are learning about recharge, about battery usage, driving techniques, driver change etiquette, and so much more.

And they’re also helping consumers in the end. The RD done by each Formula E team trickles down into the consumer-bought EVs we see on the road today. Take the E-Pace for example: Is it any surprise that the i-Type Formula E race car and the E-Pace were announced around the same time? Nope. Jaguar’s testing its battery knowledge and prowess on the race track before it sells it the public. Kind of makes you think about driving EVs a bit differently, doesn’t it?

From champagne and cupcakes to pit-lane walks and spotting our former Prime Minister Jean Chretien checking out the garage paddocks, the Montreal e-Prix impressed me, at least. Sure, it wasn’t without its faults, and it caused a lot of locale unrest, but every new venture has to have its growing pains, right? The fact that we are witnessing what was once seen as so futuristic become reality before our eyes — fully electric race cars — is incredible in itself and enough to keep the series going.