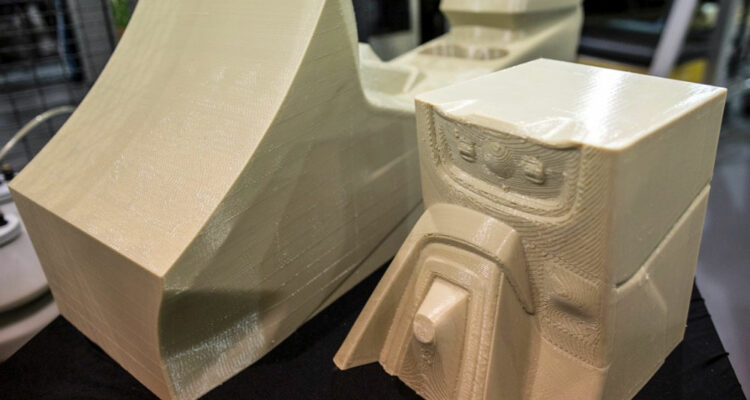 Computers have made life simpler and more complex at the same time. Menial tasks that used to take hours can be accomplished in seconds, while at the same time we are bombarded with so much technology and information that it overwhelms us at times. Computers are now part of every aspect of our lives, from the news we receive to the vehicles we drive. One place where they have made significant improvements is in the realm of manufacturing. Robotic welders, CNC milling machines and water jet cutters are all operated by computers to produce precise parts. Another way to take advantage of computers in manufacturing is to print the part.

In the past couple decades, parts printed by computer-controlled 3D printers has gone from fantasy to reality and it changes completely the way parts are made. If you are not familiar with 3D Printing, the concept is very simple. The computer moves a print head back and forth over an X – Y axis and deposits material from the print head in the shape it wants. The print head then moves up and deposits another layer of material and so on. The part appears to “grow” as more layers are deposited. There are many variations on the printing process, but the process just describes is sometimes called “additive Manufacturing”. It is usually done with plastic-based materials but can be done with other materials as well.

These simple printers have now become priced low enough that small companies and individuals can purchase them, but when it comes to producing big stuff, the machinery is much more complex. Ford is the first automotive company to manufacture parts with the Stratasys Infinite Build 3D printer. Instead of building parts vertically, this large-scale 3D printer builds layers horizontally, and the part cure in the heated chamber of the printer as the printer moves the part sideways. This allows a part to be built that is as long as the building the printer is located in, although 5 metres is typically the longest part made.

3D printing at the current state of the technology will not replace other forms of manufacturing for most parts such as parts make in molds using the casting or forging process. Making parts by 3D printing is still a fairly slow process, where a part several feet long can take days to print. However, 3D printing can manufacture parts not feasible with other methods. For example, a closed cell honeycomb part cannot be made in a mold but can be printed. Not only can the part be made with a stronger design, it can also be lighter than a similar part made with other methods.

The Statsys Infinite Build 3D printer is capable of printing virtually any shape or part. Currently, 3D printed parts are being used on the assembly line as ergonomically-designed light weight tools for vehicle assembly. They are also being used for a limited number of parts on Ford race vehicles but the most common current use is in vehicle design. An engineer can design a part such as an intake manifold, engine cover, or body component and have it manufactured in a matter of hours compared to the days or months and cost of building molds and casting a single part that may or may not ever see production.

The potential to build 3D printed parts for production vehicles is also being studied in Ford’s Research Centre in Dearborn. Large one-piece parts such as spoilers could be printed that would not only be lighter than existing parts but also have more complex shapes.

There are still obstacles to overcome with 3D printing. One of them is in how the part starts out in the printer. It has to have a base to build upon, so there is extraneous material that may need to be removed before the part can be installed. The designer’s mind also needs to adapt. It is not enough to print the same part as you would build in other processes. The part now needs to be designed differently, so there may be hollow sections, more complex shapes and perhaps different materials. We saw parts printed from different plastics, resins and powdered metal in the Ford research laboratory. Perhaps one day, you will be able to order custom built parts to fit your vehicle, and they will pop them out on a 3D printer.