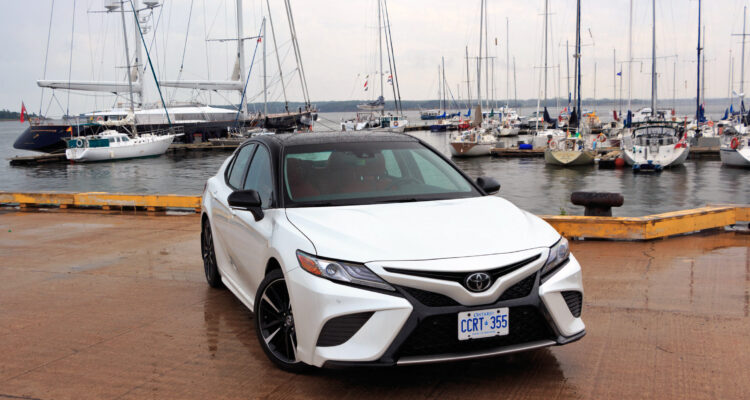 The Camry is fun now. That’s what the Toyota Canada reps are telling us before we see and drive the all-new Camry for the first time. Masato Katsumata, head Camry engineer, even called it “visceral.” This isn’t your father’s Camry. Really. The target demographic is couples in their 40s, who likely don’t have children. City people who are sick of the compromises of SUVs.

Toyota’s been on a roll away from beige lately. The C-HR is front-drive only, but is surprisingly fun. The Corolla has some out-there new styling. Even the new Prius is surprisingly good to drive, with none of the CVT and electric strangeness of the models that came before.

So is the new Camry actually fun to drive? I spent a day on the red dirt of Prince Edward Island to find out, so I hope you’ll indulge me with my Camry of Green Gables red-head braids in the lead photo. 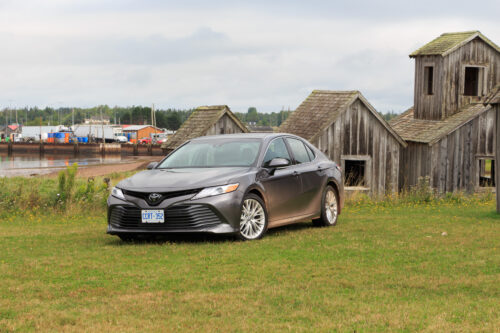 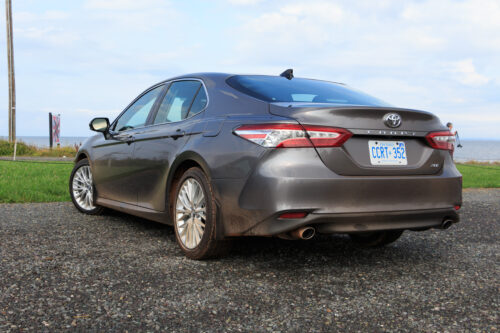 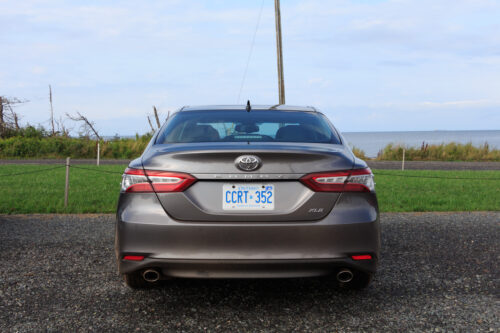 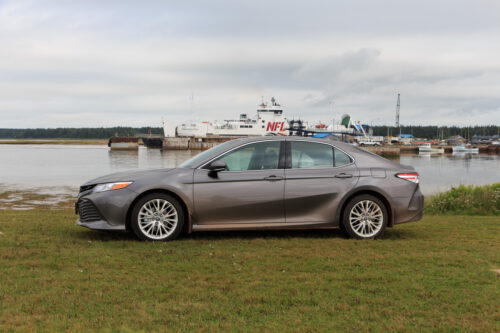 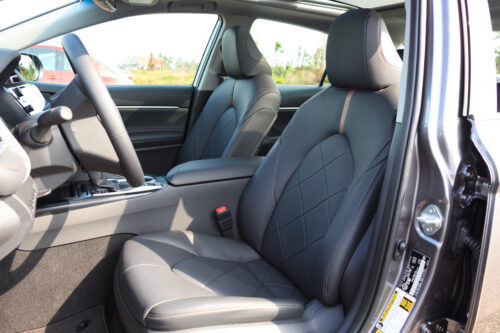 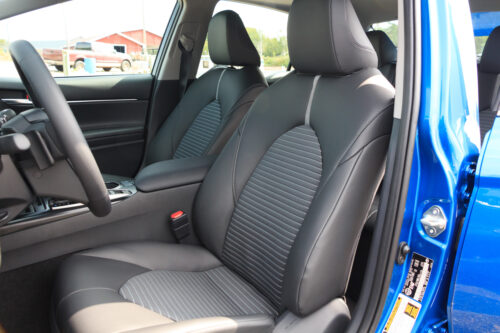 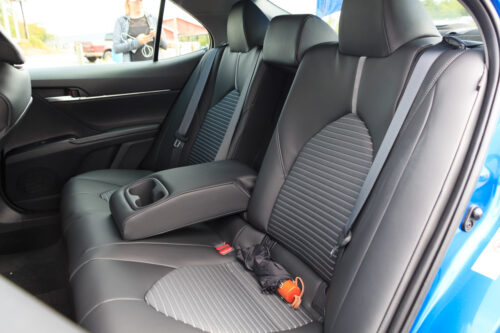 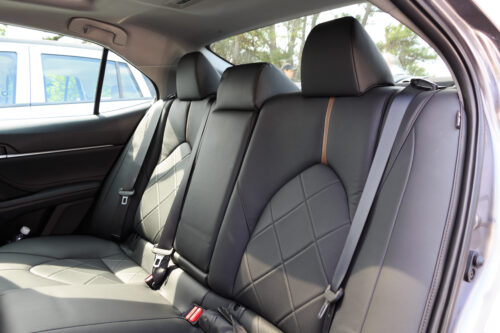 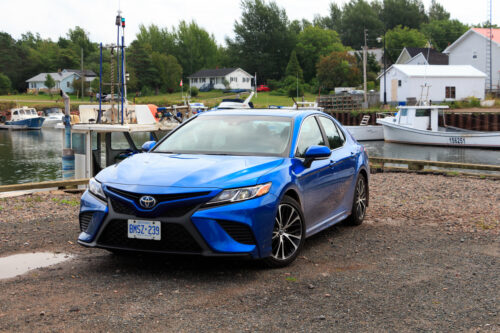 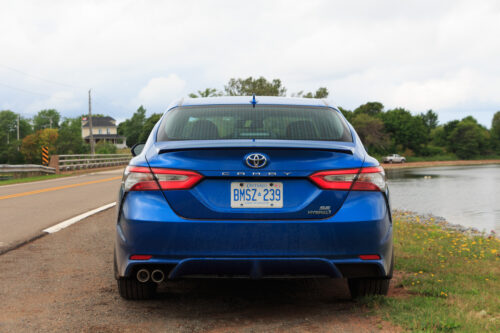 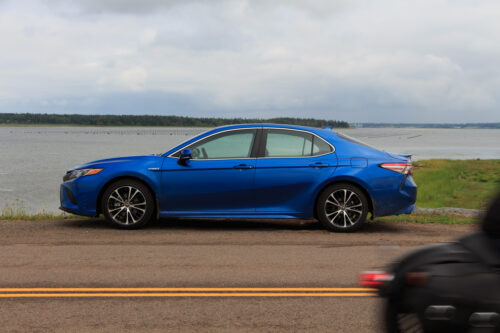 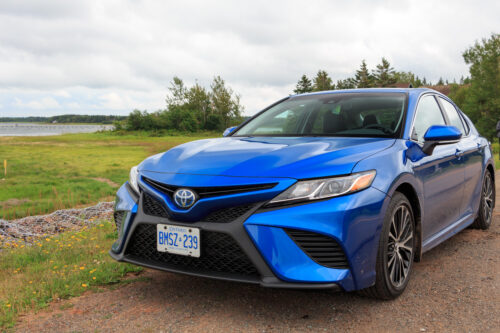 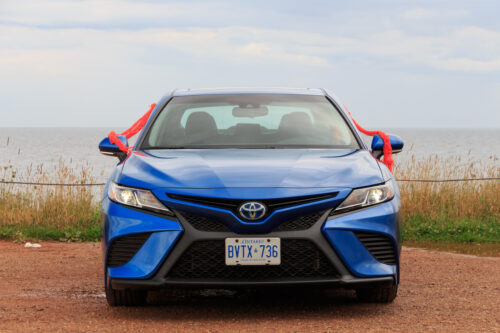 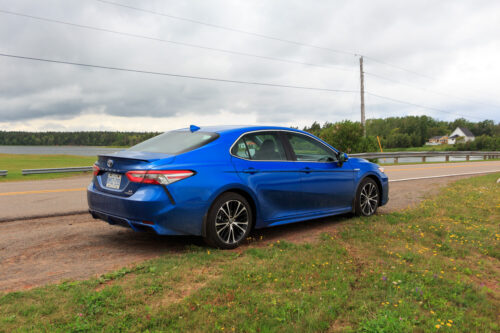 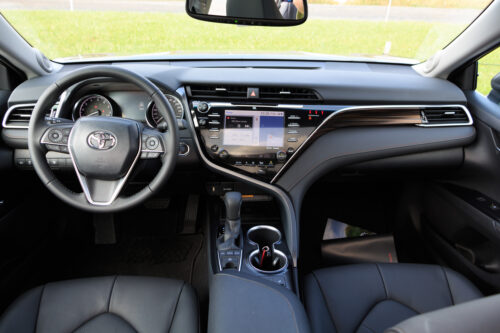 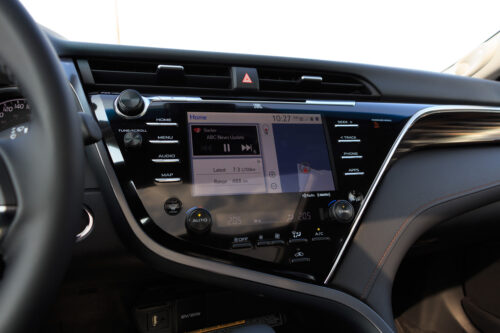 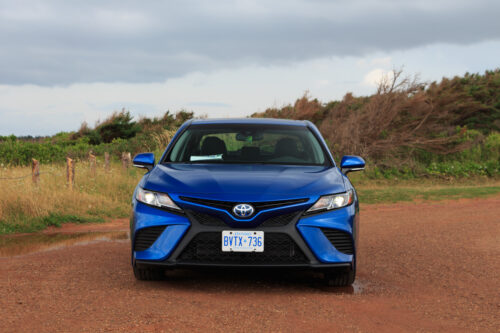 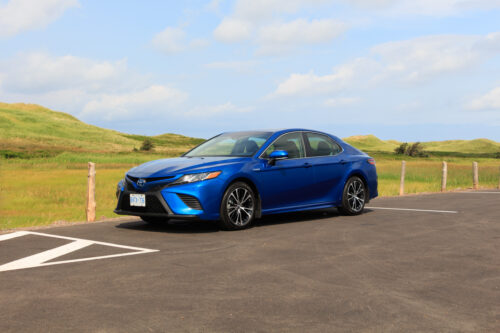 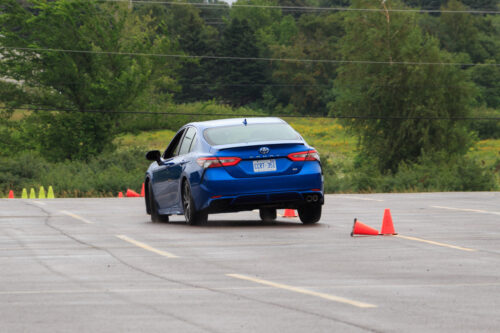 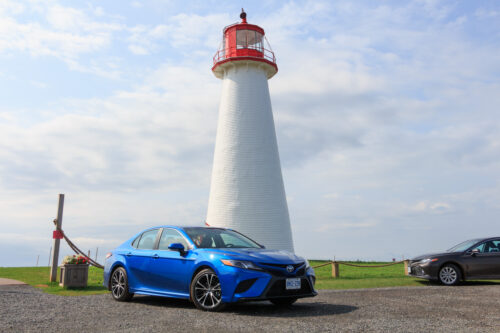 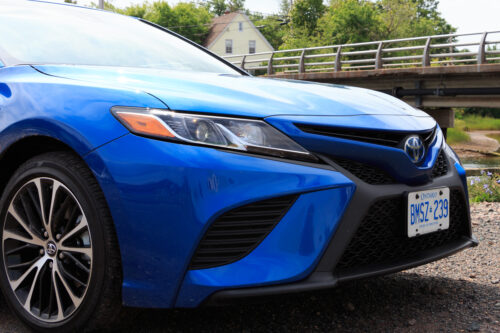 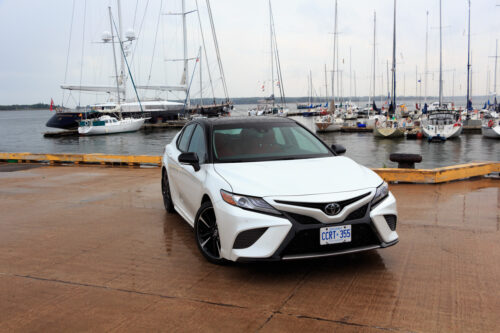 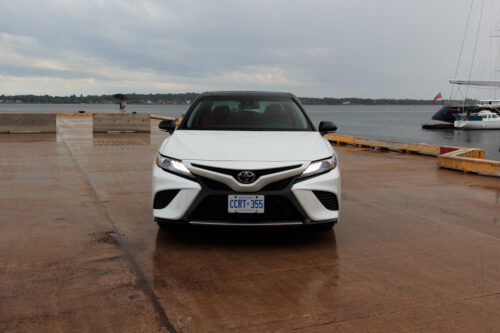 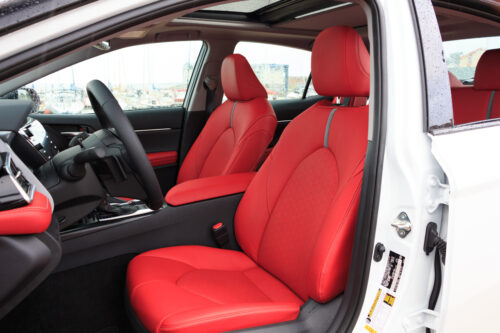 The all-new Camry really is all-new for 2018. It’s the first car that completely embraces Toyota’s New Global Architecture, or TNGA. Prius was the first car on the new platform, but TNGA also includes the new engines, a new transmission, and even the rear suspension. A double wishbone rear is an integral part of TNGA. Why? Because it’s better for handling. Ok, maybe they are serious.

The new platform makes for a car that is lower. 25mm lower at the roof, and 40 mm lower at the top of the hood. It’s 20mm wider, too. That gives the car a sleeker look. More grounded to the ground, to steal from one of their previous ad campaigns. It’s stiffer too, which lowers noise, vibration and harshness, but also lets the suspension better do its job.

There are two new Dynamic Force engines. Now isn’t that a better name than EcoBoost? It sounds serious, at least. More like an HD pickup diesel than a gas four-cylinder. The two engines are a 2.5L four and a 3.5L V6. Both familiar displacements for Toyota, but new engines. The four makes 203 hp and 184 lb-ft. Add another 2 hp for XSE models thanks to that quad-exhaust.

The 3.5L V6 makes 301 hp. That’s right. The Toyota Camry, long term bastion of beige, now has more than 300 hp. It’s got 267 lb-ft to go with it. Does that sound like a fast car? Because it sure feels like a fast car behind the wheel. As to why there’s a big V6 instead of a turbo four? Katsumata says that the big V6 might do worse on the sticker, but it’ll get better mileage in the real world.

But I’m getting ahead of myself.

The engines make good power, but have some tech tricks too. The V6 can run on both the Otto and Atkinson cycle. Otto is the normal gas engine cycle, which makes power, and Atkinson holds the intake valves open longer. That improves efficiency, but hurts power. Doing both maximizes power when your foot is down and efficiency when it isn’t.

The automatic is an eight-speed with a trick. It can lock up the torque converter in gears two through eight. The claim is it shifts as quickly as an automated manual, the reality is that it shifts more quickly than some dual-clutch boxes (I’m looking at you, Hyundai Veloster).

If you’re looking at the Hybrid, that’s got an all-new hybrid system too. With two different batteries. Buy the LE and you get a Li-Ion battery that’s lighter for better fuel economy. Get the SE or XLE and you get a bigger battery that gets slightly lower numbers but helps keep the price down. In the SE, I got 4.5 L/100 km. So that heavier battery isn’t stopping the new Camry Hybrid from getting Prius-like fuel economy.

Both gas engines have lots of power and lots of torque. Obviously, the V6 has more. And with 301 hp in a 1,620 kg car, it’s downright quick. It should be, with a power to weight ratio significantly better than a BMW 540i. I’ll let you read that again. The Camry now has a better power to weight ratio than a twin-turbo BMW sports sedan. The engine pulls hard, and the transmission is extremely quick to downshift. It makes fun noises too, although there’s enough sound deadening in the car that you’ll be hard pressed to hear it. Maybe if you open the available panoramic roof.

The LE and XLE suspensions are soft, as you’d expect, but they aren’t as soft as you’d expect. They’re surprisingly firm, and well damped. The ‘L’ series Camry is still soft on bumps, but it no longer wallows. About that front-end styling though… Lets just say that the S cars are the better looking of the pair.

The ‘S’ series Camry, on the other hand, is actually really good. It’s a good balance of stiffness and comfort. My co-driver for the day called it “Euro-firm”. And I think that sums it up well. It’s still not going to out grip that 3er I mentioned earlier, but it won’t embarrass itself. Toyota let us drive a quick slalom with an SE from this year and an SE from last year, and the difference was night and day. From an ’80s style domestic barge to a reasonable facsimile of an Audi. Or a VW, at least.

Inside, Toyota has finally moved on from the blue on blue Entune system and giant Rubbermaid buttons. The Entune 3 system is here, and it’s a huge step forward. No, there’s still no Apple CarPlay or Android Auto, but they have a  good reason this time. Privacy. Toyota wants to help protect your data from nefarious apps, and isn’t confident that those systems can do it. If consumers demand the connectivity apps, though, Toyota can add them to the upgradable system later.

The new system comes with Slacker music app, Yelp, Scout GPS, and NPR. It’s much smoother than the old system, much more intuitive, and much better to look at.

That new dash is much better to look at too. Anybody who dislikes the new asymmetrical twist design needs to take one look at last year’s car. This is better. Much better. And it feels good too. Everything has an easy to use button, dial, or knob, and the controls feel much nicer than before.

The car feels bigger inside, and there is plenty of room for even your giant author in the back seat. The panoramic roof eats into headroom a bit, but there is still enough for passengers well over six feet tall. Cargo space is a sizeable 427 L in the trunk, and the hybrid now has not only the same capacity but the same fold-down seat opening as the gas-only cars.

So yes, the new Camry is fun to drive. It can genuinely put itself on the list of “fun front-drive midsize sedans.” A list that comprises of the underpowered but fun Mazda 6, the “I haven’t driven the new model yet” Honda Accord, and the Camry.

The new Camry offers a better interior and more fuel efficient engines. That’s the Camry you know and well, not love, but are aware of. The new Camry also offers 301 hp, two other drivetrains with plenty of grunt, and a much better driving experience than it has in decades. That’s the emotional side, the side the new car is aiming for. And you can even get it with a bright red leather interior.