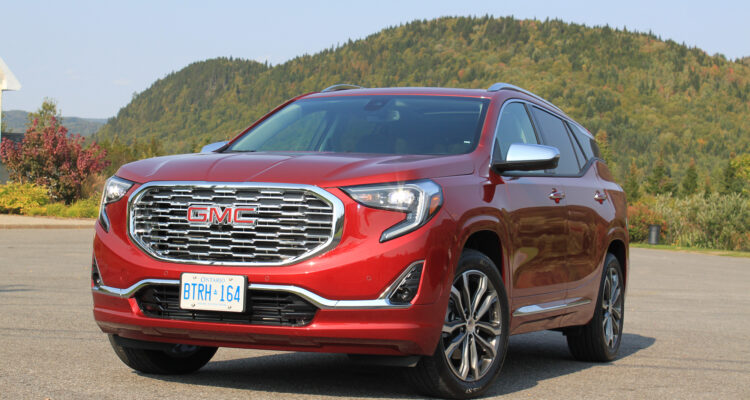 When GMC engineers and designers went to work revamping the Terrain for 2018, they didn’t mess around.

Not so much as a stitch on the seats was carried over as the compact crossover received a complete overhaul. 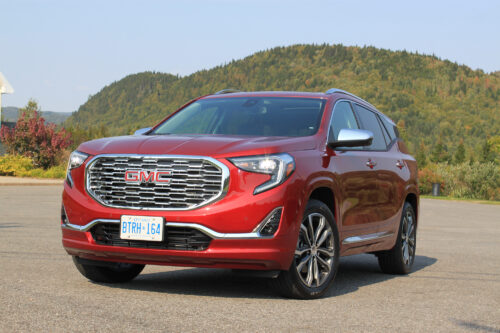 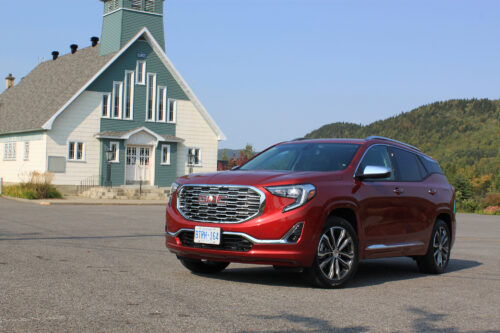 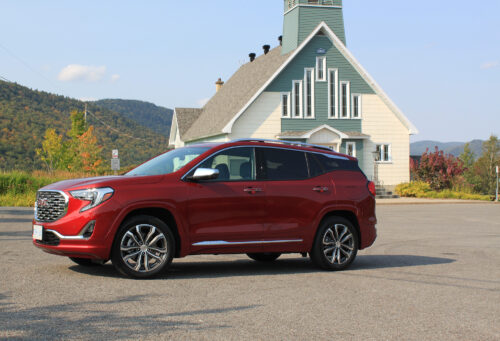 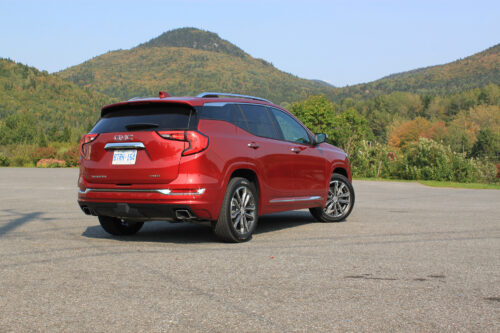 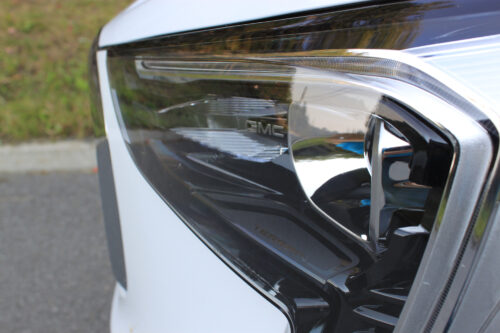 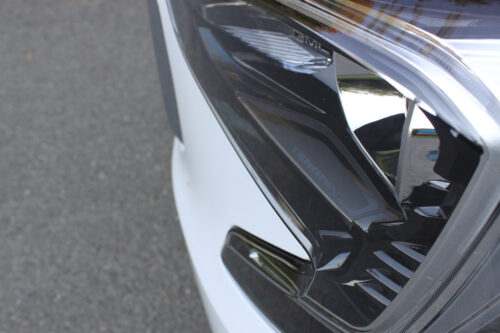 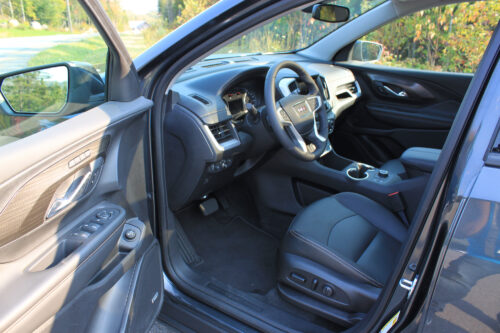 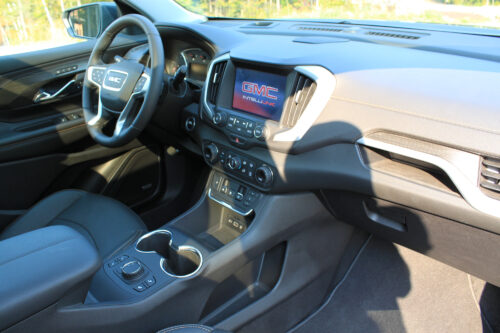 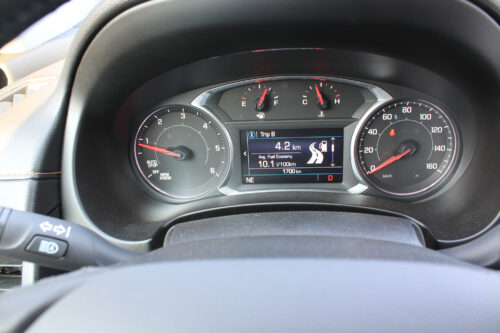 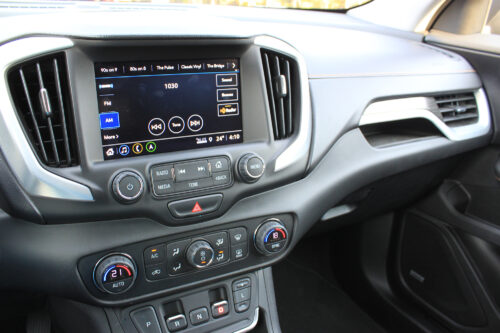 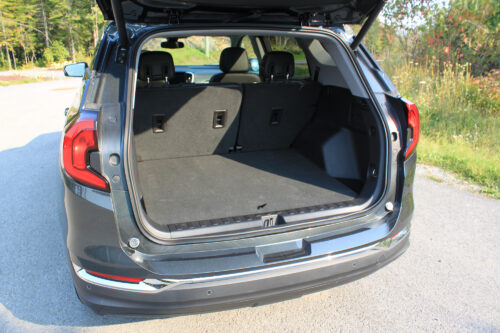 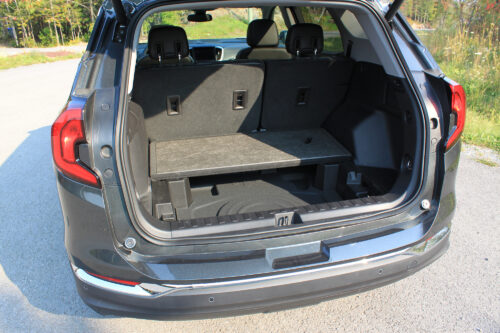 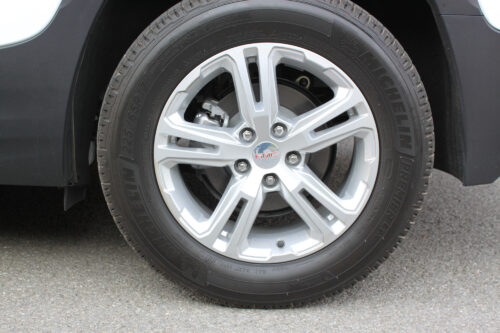 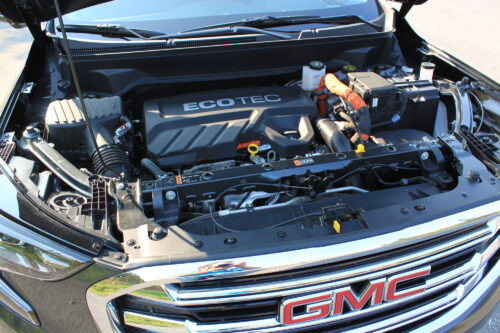 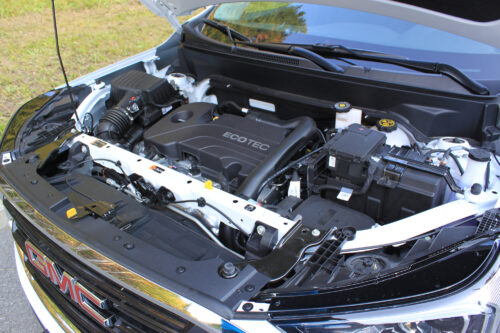 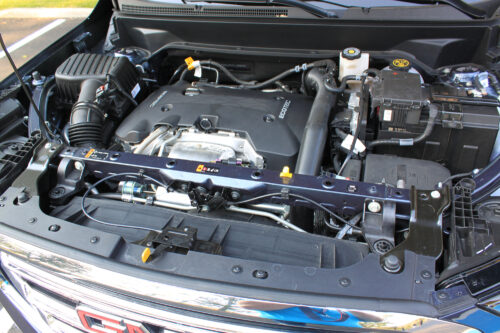 GMC has been enjoying a bit of a renaissance in recent years in Canada, and the Terrain is a model the company is banking on to keep that momentum going.

And if first impressions matter, the redesigned Terrain definitely makes a good one.

Gone is the boxy styling of its predecessor, replaced by a more refined look with some nice lines and curves in the right places.

Each trim (SLE, SLT and Denali) receives a different front grille treatment so they are easily identifiable. My preference of the three was the one on the Denali, but the Terrain’s front end looks good no matter what.

The side view of the Terrain is highlighted, I think, by the rising beltline that takes a sharp curve upward behind the rear passenger door, with the glass panel shrinking to match.

The sleek 19-inch wheels on the Denali are also a nice addition, up from the standard 17-inchers on the SLE.

The Terrain comes with three engine choices, including a diesel powerplant.

The SLE and SLT also offer an optional 1.6-L 4-cylinder turbo diesel, which produces 138 horsepower and 240 lb-ft of torque.

Both the SLT and Denali come standard with all-wheel-drive, while the SLE offers that as an option.

The Terrain also utilizes a nine-speed automatic transmission, which I found to be quite smooth during the drive through some picturesque roads near Lac Beauport, Quebec. Don’t go looking for a shifter, however. That’s been replaced by an electronic gear selector, which uses a series of buttons mounted on the centre stack.

Of all three engines, I found the 2.0-L turbo to be the most responsive and fun to drive, while the 1.5-L was sluggish in comparison.

The diesel engine, which has the best combined fuel economy of all three engines at 7.4 litres per 100 kilometres, was a little noisier than advertised under hard acceleration but I had no complaints otherwise.

GMC expects about 15 per cent of Terrain sales to be diesel engines.

For 2018, GMC has dropped the Terrain’s pricing despite adding more standard features.

For Canada, you also get heated front seats and a remote starter.

Something that would have been nice to see would have been some of the advanced safety features offered in higher trims included as standard across the lineup. That includes things like rear park assist, rear cross-traffic alert, lane keep assist with lane departure warning and the safety alert seat.

That last function alerts drivers to check in the back seat to make sure they haven’t forgotten anything – or more importantly, anyone – in the back seat after turning the vehicle off. This system is in response to a rash of child deaths after they were forgotten in the car by their parents. It would have been especially nice to see this one across all Terrain trims.

Another feature aimed at parents is the Teen Driver system. It allows for customizable settings associated with one of the key fobs, while also limiting certain vehicle functions and preventing the driver from turning others off.

The system also produces a report on your teenager’s driving habits to make sure they aren’t being irresponsible.

While designers shrunk the Terrain’s footprint a little, that hasn’t affected the interior space or comfort.

They have managed to free up storage space in the centre console by removing the shifter. There’s also little details like a space for the passenger to store his or her cellphone in the dashboard in front of their seat rather than taking up one of those all-important cup holders.

Overall, the interior materials are nice and the fit and finish is good.

The front seats are comfortable and even in the back, there is a decent amount of legroom.

Cargo space is also ample, with 30 cubic feet behind the rear bench, increasing to 63 cubic feet with the back seats folded down. And for longer items, the front passenger seat also folds flat so they can fit inside.

The Terrain utilizes GM’s Infotainment 3 technology, and the interface is far superior than what I have experienced in GM vehicles.

The layout will look familiar to most since it’s now very much like a smartphone, and new features include allowing you to connect two phones with Bluetooth at the same time, connected navigation and the ability to create up to 5 customizable user profiles, which are transferable to other vehicles with the same system.

The system is also compatible with Apple CarPlay and Android Auto.

With three engine choices, an attractive new design and added features, the 2018 Terrain has lots of options that will appeal to consumers.