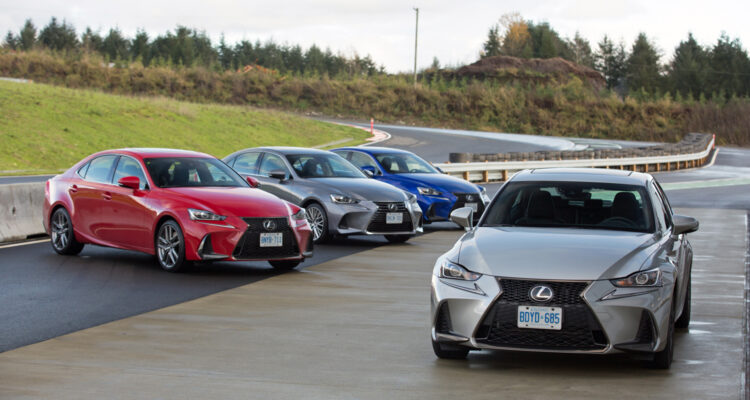 It’s not quite the corkscrew at Laguna Seca, but turns 10 and 11 at Vancouver Island Motorsports Park can be nearly as harrowing.

After a quick downhill into Turn 9, the track takes a sharp, quick uphill before — right at the apex of Turn 10 — diving down and right toward Turn 11, a left. 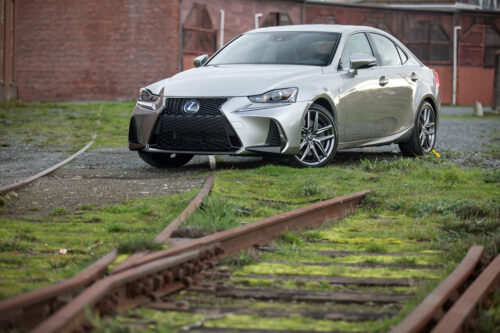 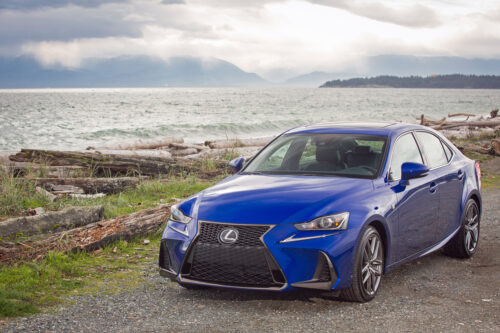 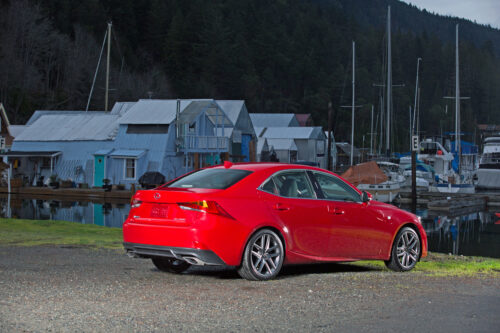 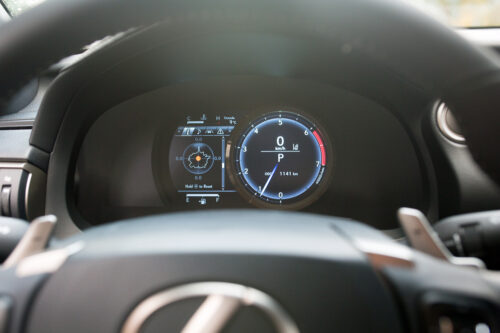 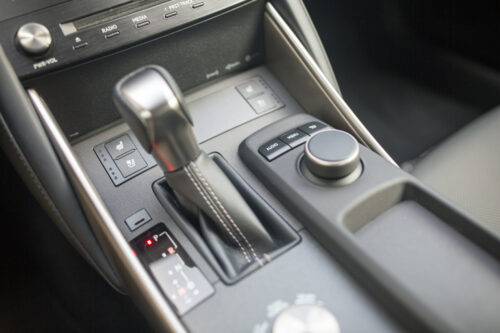 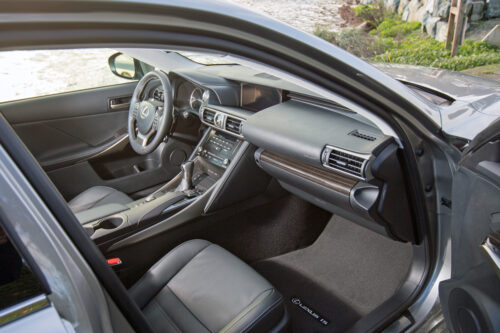 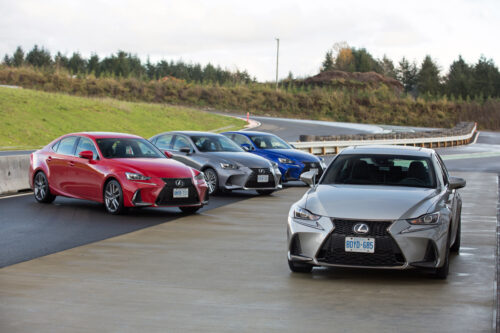 In the two or three seconds it takes to complete the sequence, you’ve just had a crash course in inertia and in how your car’s springs react. The sharp rise, at speed, compresses the springs, and they start to rebound just as you hit the peak — the combination of the springs unloading and the wheels starting to fall away as you crest the peak means the car gets very, very light.

“And as we approach the top, just a light dab on the brakes to settle the car,” instructor Shane Routhier said, trying his best to slow the process down despite our clipping along at a brisk pace.

Tap the brakes, indeed. Forget to do so and you’re likely going to plow right through the curb of Turn 11 on the left and proceed straight into the weeds through the far side of the turn; with the front wheels so light, turning the wheel would be of little consequence.

We’re driving variations of the 2017 Lexus IS: the IS 200t, IS 300 AWD and IS 350 AWD. The last two are all-wheel drive, while the 200t is not. The track is the perfect spot to highlight the car’s new structure and improved brakes.

At Turn 10, we find the brakes powerful enough and controllable enough we have no problem settling the cars and negotiating the turn without locking up the wheels and having all hell break loose.

While the average Lexus customer may never experience this level of performance driving, the cars performed brilliantly, and the experience highlighted the differences between the three models.

The IS 200t is powered by a 2.0-litre turbo four-cylinder, and the light weight of the engine relative to the two V-6 models, is clearly evident. The front is lighter, the car more nimble. Turn in is more precise, and its rear-drive layout means you can step out the rear end more easily. Which is good or bad, depending on your perspective.

The added power of the IS 350’s V-6, which is the same size (3.5-litres) but is tuned for more horsepower and torque than the IS 300’s V-6, is evident on launch. You can, however, when driving hard, feel it takes more work to get the front ends of the V-6 cars to turn. On a tight track such as this, it’s not hard for the 200t to keep up to the more powerful 350.

The 200t also gets an eight-speed automatic transmission, and while the motor has more torque than the IS 300’s V-6, it has less horsepower. So it gets moving more quickly but doesn’t hold in as long on hard acceleration.

The 300 and 350 get six-speed automatics to make room for the all-wheel drive transfer case. Product specialist Glenn Alkema said Lexus would put an eight-speed transmission into all-wheel-drive models if there was room.

One thing that is also redesigned is the transmission hump: previous IS 300 and 350 AWD models had a large bulge in the hump to accommodate the transfer case. It was quite intrusive, and was a significant objection of customers, Alkema said. The bump remains, but is significantly smaller, to the point I didn’t even notice it.

There are quite a few improvements to the IS for 2017, not the least of which are revisions to the structure, adding chassis stiffness and thereby improving handing.

Much of the car will feel familiar, with a largely carryover interior design, albeit with more rear legroom and a standard 60/40 split folding rear seat replacing the previously standard pass-through. Since most IS buyers will be looking for practicality as well as performance, it’s an important addition.

The dashboard looks much like it did previously, with a notable exception being the infotainment display, which is upsized from eight inches wide to 10.5. The dash is attractive and functional, especially after a few previous turns in Lexus products have got me more in tune with the interface, which in higher-end models is a joystick with haptic feedback that controls a pointer on the display screen.

It might be a matter of personal preference, but I can’t help but wonder if the IS interior compares favourably to competitors such as the Mercedes C-Class or BMW 3-Series. I’d like to see a bit more work done on integrating a higher calibre of materials, perhaps some open-pore wood, piano black or brushed aluminum.

Evident in our time on the track, however, is that while there may be some areas for improvement inside, handling and performance aren’t among them.

We had tons of grip, even in the rain, and you can feel the car set itself up for corners. It tracked well through the turns and if you did break traction, it was easy to recover.

While I might not have given it an A-plus on the dash design, I do on the exterior. The body is tight, with just the right amount of crease work and details. As well, I think the trademark spindle grille works better on the new IS than on any other Lexus. It’s pointy nose prevents the grille from becoming too obnoxious.