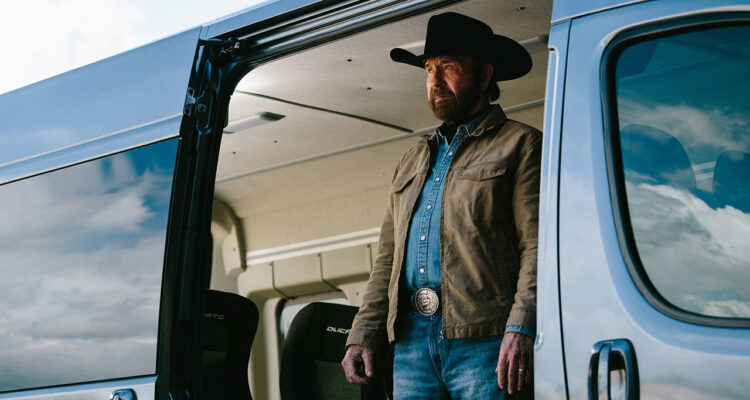 Fiat Professional Thinks Their Vans are as Tough as Chuck

Fiat Professional wants to show you they’re tough, and who better to let you know that than their newest brand ambassador: Chuck Norris.

On screen, Chuck Norris is one of the biggest movie badasses around. He’s starred in classic action movies like Missing in Action, Expendables 2, and Lone Wolf McQuade. The one thing he has in common in all of those is being indestructible. Off screen, he’s even started his own martial art, with over 3,000 graduates.

But why is Fiat Professional, Fiat’s line of work vans and trucks in Europe, interested in Chuck? “The myth and actions of his “indestructible” character… that have made him an Internet cult hero and a genuine web phenomenon.”

That’s right, it’s Chuck Norris Facts that they love so much. They’ve been around since 2005, “facts” that aren’t. Joking tidbits about Chuck Norris’ inescapable on-screen macho persona that are just crazy enough to be believable. Maybe. Almost. You’ve seen them before, lines like “Chuck Norris has a diary. It’s called the Guinness Book of World Records” or “Chuck Norris is the reason Waldo is hiding.”

Being brand ambassador means he’ll star in commercials and other advertising for the brand starting next month.

Fiat Professional did some research, and their testing called him “the best brand ambassador in terms of relevance, affinity and appeal.” Maybe they were just afraid to tell him no?

After all, Chuck Norris doesn’t need a Fiat Ducato van, his cargo moves when he tells it to. The cargo knows better.