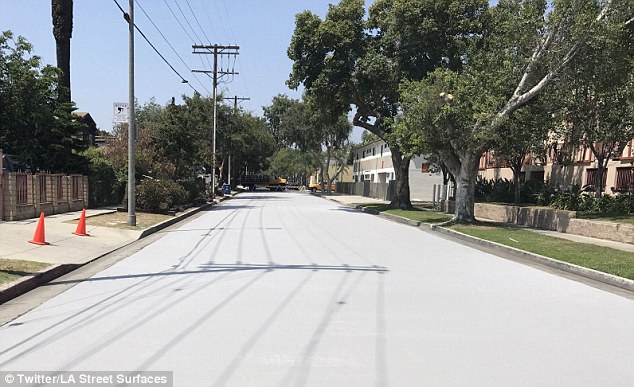 City streets can become massive heaters during hot, sunny weather, which is exactly the opposite of what is needed. The intensity of heat can burn bare feet and the paws of our pets.

The drop in roadway temperature influences the ambient temperature, making it cooler for people living along the street. Not only does this provide greater comfort and healthier conditions for the residents, it also lowers the rate of energy consumption by reducing the reliance upon air conditioners and fans.

The special coating is intended to last for seven years between applications, which are estimated to cost $40,000US per mile. I guess the locals can brag about living on the “coolest” street in town.