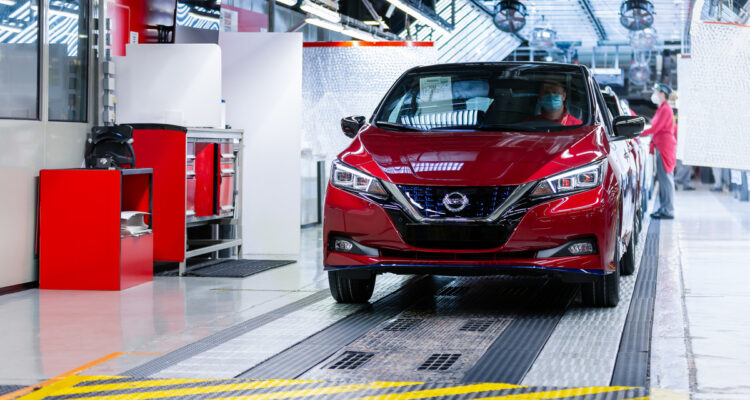 Recently, we reviewed the Nissan Leaf, calling it “one of the world’s most popular EVs.” We didn’t put a number to it then but we are now, with news coming down today that the 500,000th Nissan Leaf rolled off the assembly line in Sunderland, England. That’s one of three places worldwide where the Leaf is produced, the other facilities being located in the US and Japan.

That’s a gobsmacking figure that makes the Leaf the most highly-produced battery-electric vehicle (BEV) in the world, eclipsing the likes of the Chevrolet Bolt and Kia Soul EV.

More than just being a boon in fuel savings for their owners, the Leaf has had a significant impact on the environment as well.

According to Nissan, Leaf owners have driven more than 14.8 billion km since 2010, which has saved over 2.4 billion kilos of CO2 emissions being pumped into the earth’s atmosphere.

Also according to Nissan, after 2020 saw a reduction in emissions due to coronavirus lockdowns, people are now even more keen to buy emission-free vehicles, which of course bodes well for the Leaf. 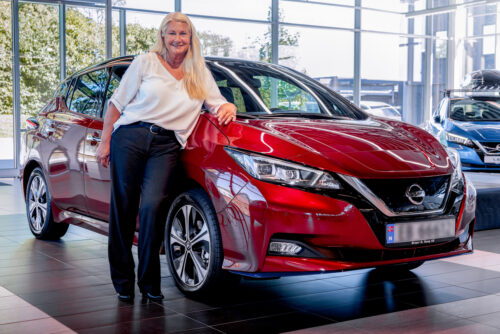 You’d think that such a monumental release is something Nissan would want to celebrate as much as possible. The manufacturer, however, isn’t keeping Leaf number 500,000 for themselves, to keep locked away in an archive somewhere. Indeed, that would kind of defeat the purpose, right? The Leaf is made so people can enjoy emissions-free driving, and if you aren’t going to drive any Leaf produced, then it’s one less Leaf on the road that can help people drive more cleanly.

In that light, number 500,000 is on its way to Norway, where it will be driven and enjoyed by Maria Jensen and her husband.

“My husband and I…(are) very exited to become the proud owners of the 500,000th Nissan Leaf,” she said. “This car really meets our needs.”