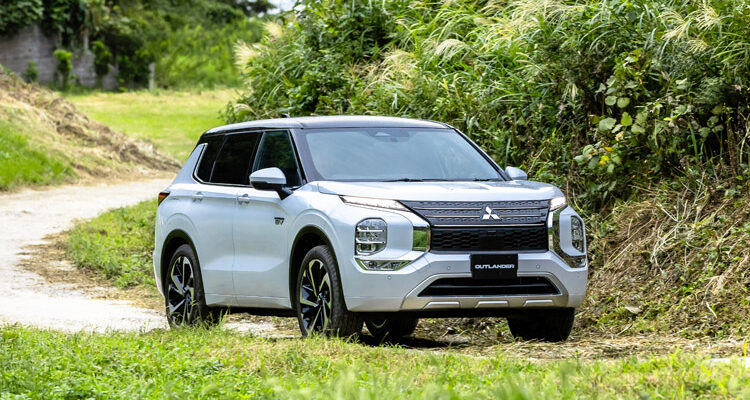 Following the well-received launch of the gasoline-powered fourth iteration of the Mitsubishi Outlander last winter, the brand’s popular battery-assisted version is set to arrive in North America during the latter half of 2022. Possessing all the bells and whistles of the recent redesign, the new model also features extra performance and travel distance compared to the outgoing eco-friendly crossover.

“A first in many ways, Outlander PHEV has shown Canadians that electrification is possible affordably and without compromise to utility. In 2022, Mitsubishi’s 20th anniversary year in Canada, we are back with a next-generation vehicle that takes our engineering know-how in Super All-Wheel Control (S-AWC) and plug-in hybrid technology to the next level,” says Kenji Harada, Mitsubishi Motor Sales of Canada president and CEO, in a media release.

Still partially propelled by a slightly massaged 2.4-litre four-cylinder internal combustion engine, beefier electric motors supplement the ICE outputting 40 per cent more than before for a total of 85 kilowatts at the front axle and 100 the rear. Supplying energy is a lithium-ion battery offered in a smaller package yet yielding a higher 20-kilowatt-hour capacity.

Official net horsepower and zero-emissions range numbers for Canadian-spec Outlander PHEVs are forthcoming. A full charge takes about 7.5 hours via a Level 2 source, 80 per cent in 38 minutes when hooked up to a DC fast charger, or 94 minutes if using the engine (while stationary).

Mitsubishi’s lauded S-AWC four-wheel drive system returns with the addition of a brake Active Yaw Control function for the back wheels as well. Not only can torque can now be distributed individually to all four corners providing sufficient grip specific to road and driving conditions, but brake force too meaning handling is almost always on point.

The exterior is a radical departure from the previous SUV, the design ethos informed by the Japanese concept “I-Fu-Do-Do” meaning authentic and majestic. The description is pretty spot on as plenty of standout styling elements exist like the continued evolution of the Dynamic Shield front fascia, where the headlights sit in the bumper, sandwiched between the LED daytime running lamps and fog lamps housed in the corners of the signature X-shape.

Elsewhere the of the rear quarter panels are inspired by the vertical tail of airplanes, the blacked-out pillars create the appearance of a floating roof and the slimmed down horizontal taillights accentuate the wide look of the crossover. And customers can choose between two fresh paint options: White Diamond and Black Diamond.

Outlanders have always had interiors punching above their weight class so to speak and the contemporary model is a perfect example. Particularly the small details including dials with diamond knurl grip texture, real aluminum trim and genuine semi-aniline leather in gorgeous contrasting colours such as black and saddle tan. A third row, another rarity in the segment, seats seven adults.

More information to come as the vehicle gets closer to its debut later next year.