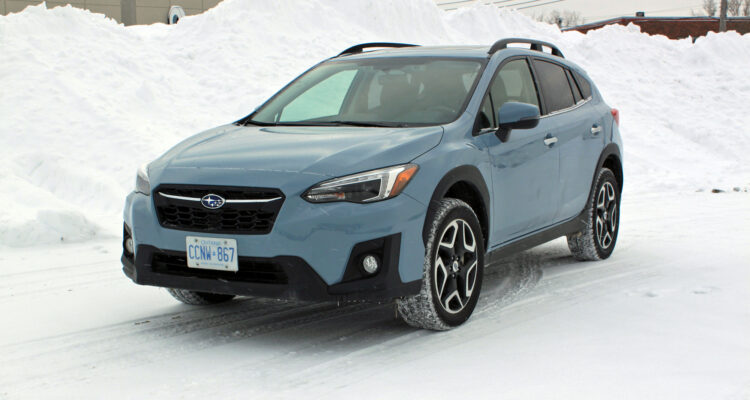 The Subaru Crosstrek isn’t that old, in automotive terms, but already for the 2018 model year, the crossover has undergone a complete makeover.

Some of the changes are minor, but others are more significant, like a new platform, suspension setup and Boxer engine.

What hasn’t changed is the fact that the Crosstrek comes with standard symmetrical full-time all-wheel drive, one of the best systems on the market. That is something that is definitely a selling point for this crossover.

The Crosstrek has a starting price that is sure to be well received by consumers, at $23,695.00 for the base model. 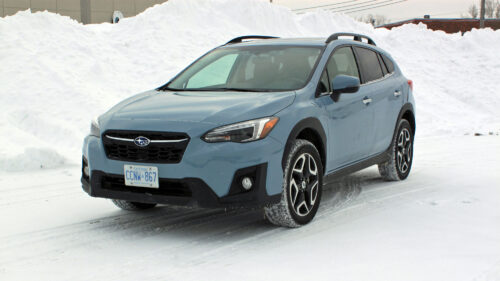 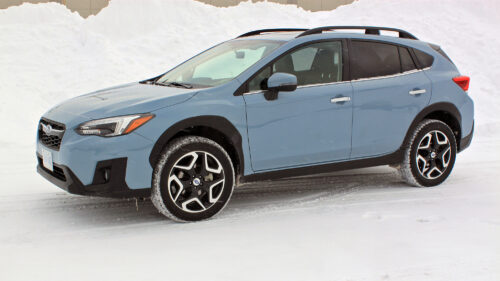 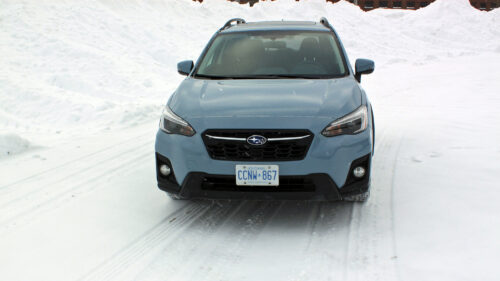 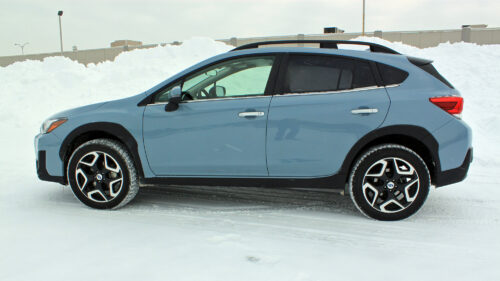 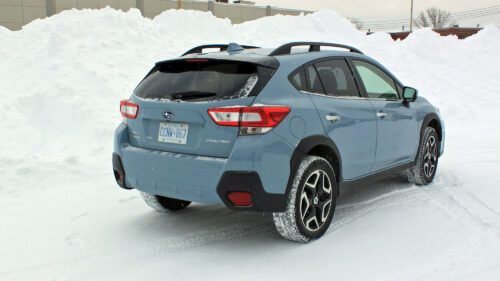 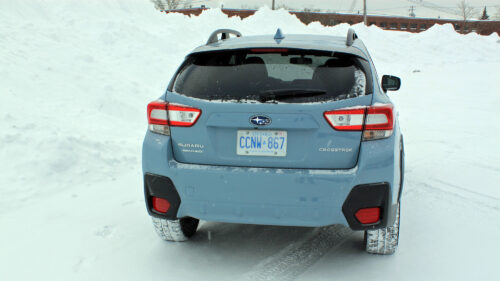 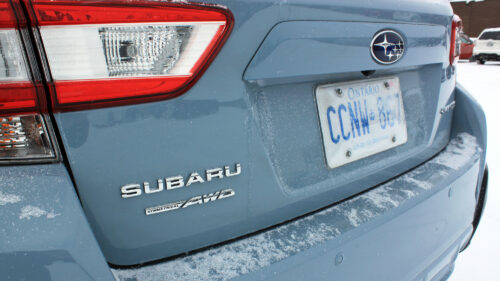 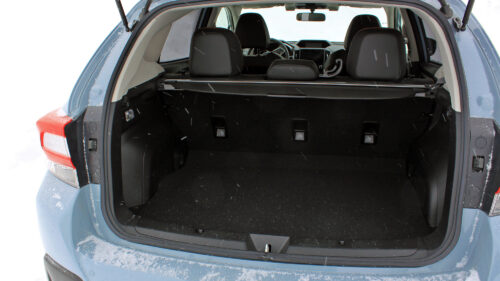 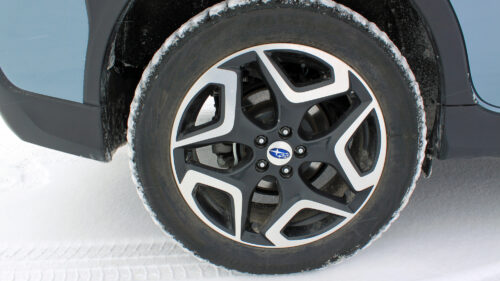 Our tester was the top of the line Crosstrek Limited with Eyesight Package, and that is a little pricier, coming in at $34,920.00, with freight charges included.

So about that engine.

It is a 2.0-litre four-cylinder Boxer engine paired with a lineatronic continuously variable transmission with paddle shifters (some Crosstrek trims comes with a six-speed manual gearbox).

Power from the engine is rated at 152 horsepower and 145 ft-lb of torque. Those are some good numbers for a vehicle of this stature and the engine operates quite nicely, as does the CVT which is an improvement over the first generation’s gearbox.

The estimated combined fuel economy for the Crosstrek is 8.1 L/100 km, although a week of testing returned an average of 9.4 L/100 km.

The 2018 Crosstrek is wider and longer than then model it replaces, and has been given a new front-end design.

Despite the changes, the Crosstrek DNA remains evident, even in the colour choices, which have always been a little different than other vehicles – even within the Subaru lineup. While not as much of a standout as the available Sunshine Orange, the Cool Gray Khaki of our tester is also eye-catching in many respects.

It certainly makes the black body panel accents around the wheel wells and other areas stand out.

At the rear, there’s a standard roofline spoiler and LED taillights to complete a modern and sporty look. Also standard are roof rails, which allow owners to put the Crosstrek to good use on and off the road.

The two-tone 18-inch alloy wheels on the tester are also a nice finishing touch for the Crosstrek.

The interior of the 2018 Crosstrek gains some extra passenger space and the tester’s leather-clad seating gives off an upscale vibe to this utilitarian vehicle.

The cabin is spacious and comfortable and isn’t overrun by engine or wind noise as has been experienced in the past. 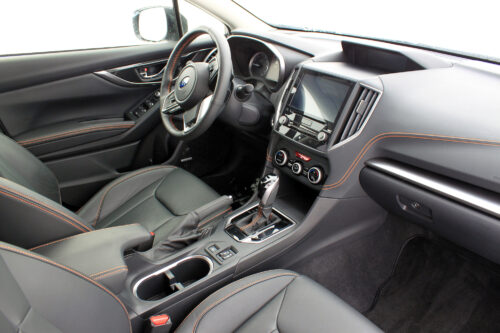 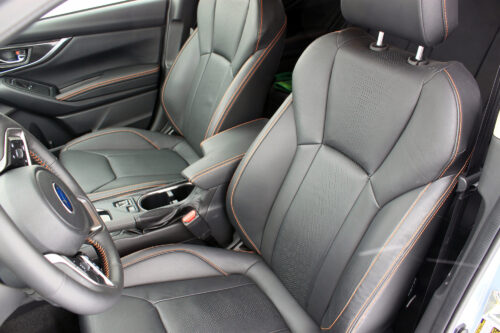 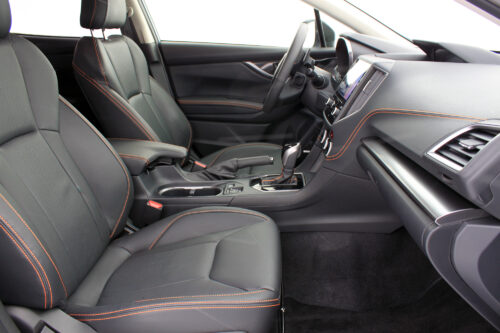 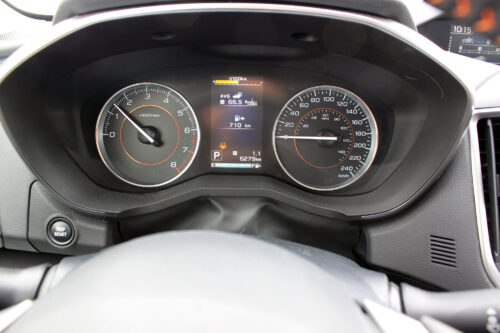 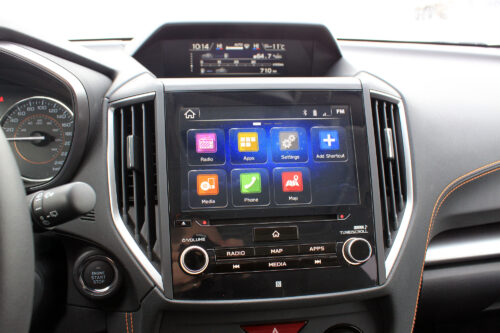 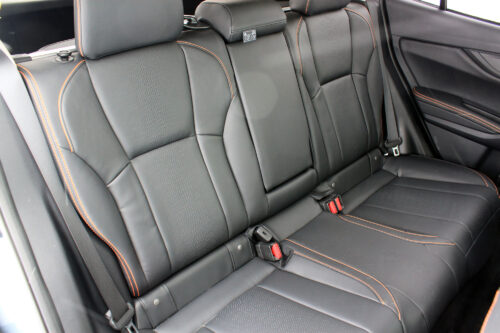 There’s plenty of rear legroom and the drop-down centre armrest for rear passengers, which includes two cupholders, is a nice feature.

There’s also a good amount of cargo space behind the seats, which can be increased by dropping some or all of the bench for larger and longer items.

The tester came with the larger of Subaru’s two infotainment screens, an 8-inch version.

It features a navigation system, SiriusXm, Starlink and acts as a central hub for the car’s various features and settings. The response times for the touchscreen features were pretty good and the display offers clear images or text.

It also comes standard with Apple CarPlay and Android Auto.

When driving the Crosstrek, you should be just as confident on the paved streets as you are off road.

That is thanks to the aforementioned AWD system, but also because of the X-Mode package.

With the X-Mode system on the tester, the Crosstrek can handle even the slipperiest off-road conditions.

Mud, snow, sand or ice, the systems works to make the Crosstrek as driveable as possible when venturing off the beaten path.

It allows owners to make the most of the 220-millimetres of ground clearance.

Unlike past driving experiences with the Crosstrek, the new CVT is a step up in terms of how it shifts gears but also how much quieter it is during operation.

The tester was also equipped with the automaker’s EyeSight system, which helps keeps occupants safe through a series technologies.

The Crosstrek isn’t your typical crossover, but it offers consumers lots of on and off-road capabilities in a smaller package without sacrificing passenger comfort or cargo capacity.
For younger buyers seeking a vehicle that can do it all and looks good when all cleaned up for a night out, the Crosstrek is a viable option.