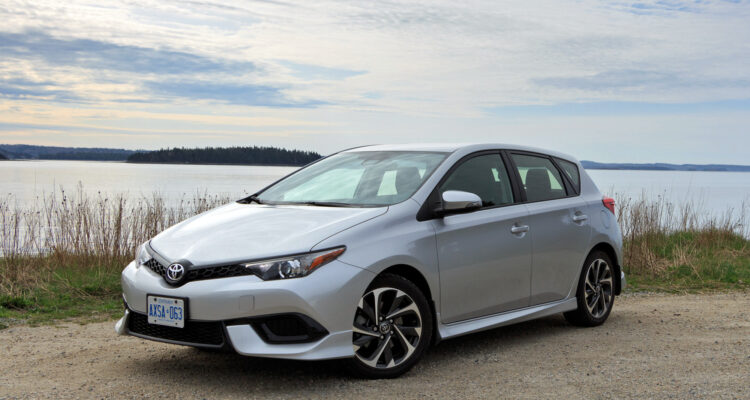 If you think you’ve seen the Toyota Corolla iM before, but with a different badge on it, then you’re probably right. This is the first year for the iM to wear a Toyota badge, but this newest Corolla hatchback isn’t really all that new. It’s the second year for the car in Canada, where it was launched in 2016 with a Scion badge. Now that Toyota has shuttered the experiment in being cool that was Scion, some of their more popular cars live on with a big T in place of the stylized S on the grille.

The bold nose and hatchback rear of the former Scion add a whole lot of style that the Corolla nameplate has been lacking for the last couple of decades. But does what lies under the skin match the promises made by the bodywork or does the Corolla iM drive more like the Corolla ho-huM? 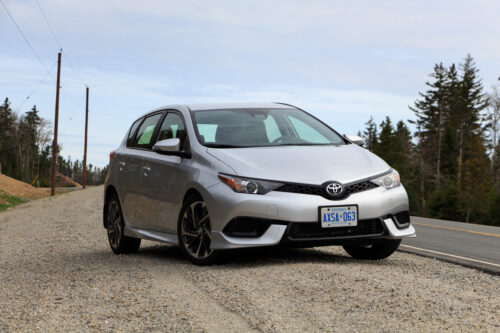 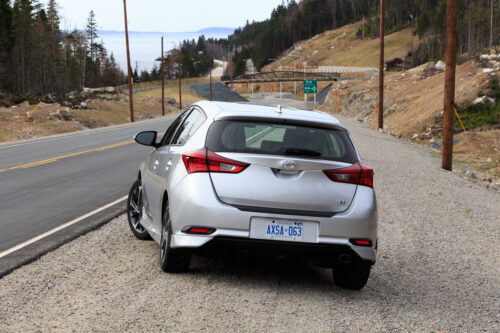 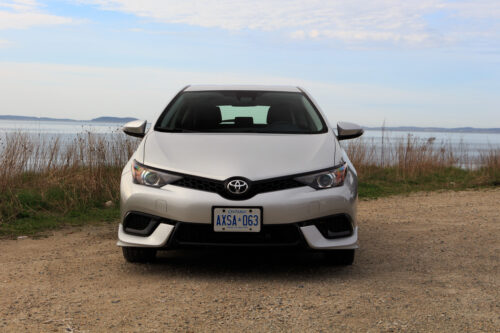 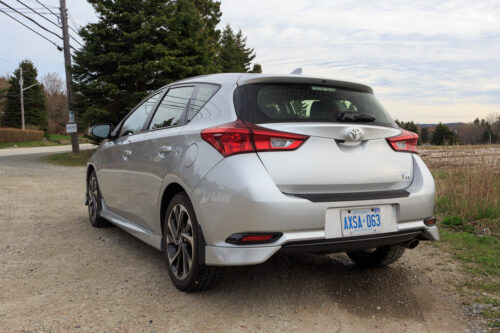 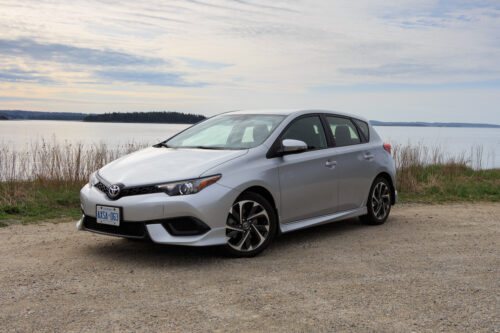 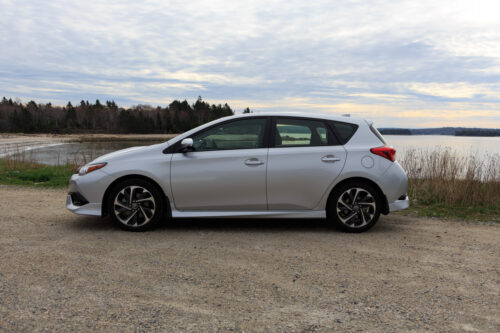 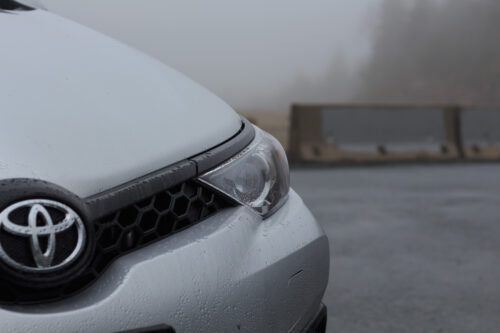 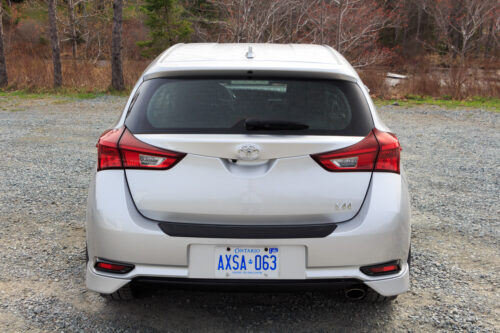 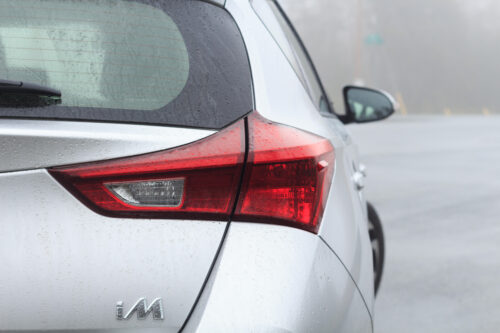 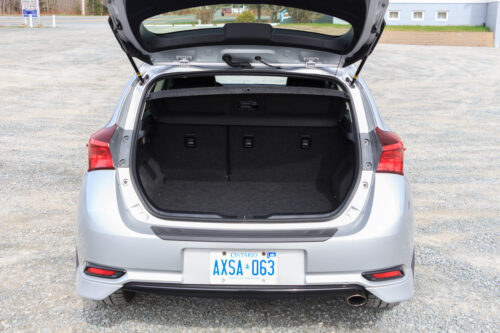 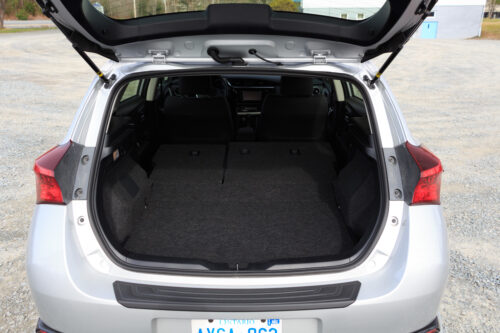 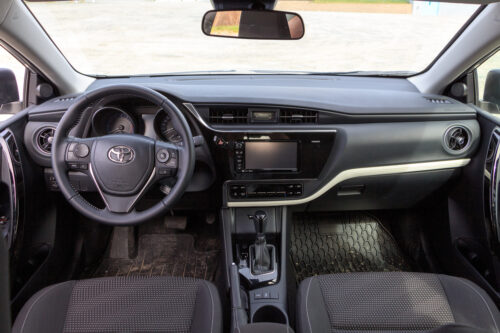 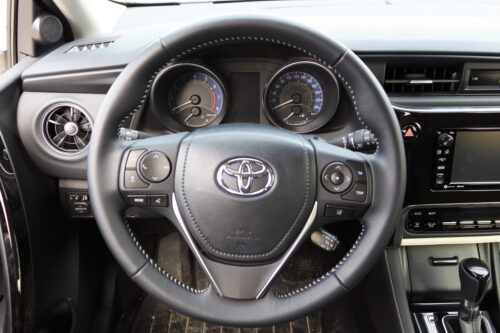 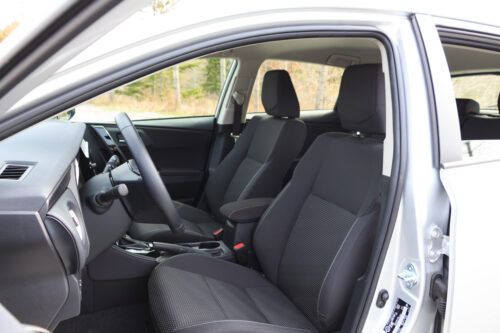 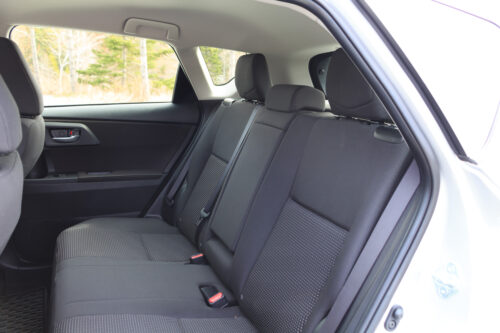 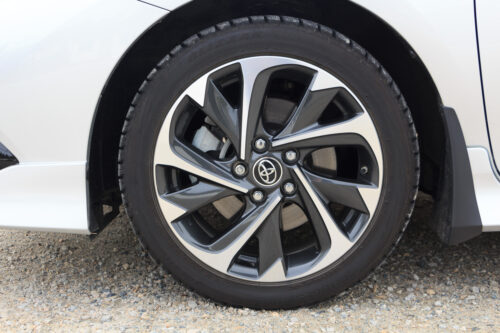 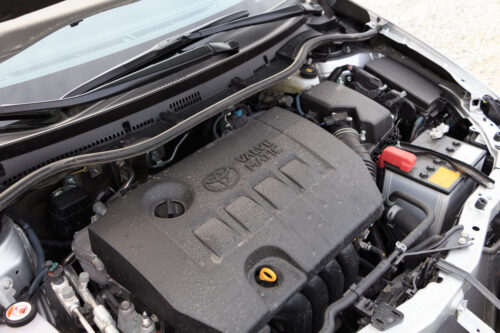 A look at the spec sheet shows promise. The iM gets a fully-independent rear suspension in place of the torsion beam rear of the Corolla sedan. It’s a suspension that is much more firm than even the sportiest Corolla sedan. There’s a six-speed manual on the options sheet. The 1.8L four-cylinder even uses Toyota’s trick Valvematic variable valve lift. It all looks like a car that can live up to the standard 17-inch wheels, side skirts, and rear spoiler.

The iM even makes slightly more horsepower than most of the Corolla sedans. The iM uses the 1.8L Valvematic four that was previously exclusive to the Eco trim sedan. Toyota’s Valvematic system lets the engine change how far the intake and exhaust valves open. Controlling the valves like that means that it can control the power through the valvetrain instead of the throttle. The system can leave the throttle open almost all the time, which reduces losses and saves fuel. It also adds a little bit of power and the iM gets 137 horsepower instead of the 132 of the regular sedan.

But take a seat in the iM and the first glance around the cabin tells you everything you need to know about what the iM experience is actually going to be like. The dashboard of this car is lifted straight from the tepid lesser Corolla, and that’s exactly what this car feels like on the road.

And that extra power? You’re probably not going to notice it. Despite being some 30 cm shorter than the sedan, the iM weighs at least 30 kg more than even the heaviest Corolla sedan. The CVT my test car was equipped with didn’t do the performance any favours either. The CVT here feels like a previous-generation model. It’s quiet and quick to deliver acceleration at small throttle openings, but take a heavy stab at the gas pedal and wait for a whole lot of loud droning and rubber-band feeling before you get any acceleration.

In Eco or standard modes, the CVT and computer work very hard to keep the engine below 5,000 rpm. Since peak power doesn’t arrive until 6,100, it makes the iM feel much slower than it should be. Toyota has given you a solution, though. Right below the shifter is a sport mode button. Give that a tap and the engine suddenly revs much more freely. Suddenly, the engine and transmission are happy to jump very quickly to the 6,450 rpm redline. It makes the iM feel much better, and it almost should be the standard drive mode. The downside is that it keeps the engine at much higher revs all the time, which very quickly hurts the fuel economy. It’s also annoying having to press the sport mode button every time I wanted to accelerate, then turning it off once I was cruising again.

The independent rear suspension does make a big difference to the ride of the iM. The twist beam rear of the Corolla sedan is good for packaging but bad for ride comfort. Every bump sent a loud noise through the cabin, sounding like something in the back was broken. The iM loses that, absorbing bumps much more quietly, and feeling much more composed. It’s still stiffly sprung, especially for a Toyota, sometimes feeling like the dampers can’t quite keep up with the spring rates. All-in-all though, it’s a more enjoyable ride than the sedan.

The steering is a different story. The steering in this car is one of the most over-boosted and numb I’ve ever experienced. Trying to park the car, or even just some sharp intersections and I’d feel the steering crash into the stop. There was no increase in effort, no noise, no warning, just a surprisingly loose feeling bang as the steering rack hit its stops. It was like steering a video game. It did exactly what you told it to do, and turned in reasonably quickly, but don’t expect to know what’s going on where the pavement and tires meet.

The interior is lifted almost word for word from the regular Corolla. It’s not the most interesting design to grace a car interior, but Toyota earns some style points here and there. The outside vents are lovely round pieces, with a center knob controlling both the direction and the volume of air. Even inside the vents, turning the knob closes blades like the aperture of a camera lens. They’ve also added a strip of soft white material to the bottom edge of the dash that adds a well-needed splash of colour to a drab landscape. Those details look much fancier than you would expect from a car in this range.

Unfortunately, Toyota seems to have spent all their design budget on those vents, as aside from the instrument cluster, most of the rest of the slab-sided dash looks like it could have come from a 1990s Buick. Even the radio doesn’t look quite right. It’s a Scion-style aftermarket-look piece, but it integrates into the dash like the poorly fitting aftermarket radio that it is. The radio uses Toyota’s own phone integration software, shunning Apple CarPlay and Android Auto. They are one of just a few holdouts to those systems, but their own software is just not as good.

The rest of the cabin is well laid out. The instruments are easy to read and all iMs come with Toyota’s upgraded info display in between the gauges to give fuel economy and status information. In the back, the square hatchback roofline gives adequate headroom for even this 6’-3” passenger, with good legroom and lots of cargo space in the back.

Toyota has been adding more and more active safety tech to all of their cars in the last year, and the iM is no exception. It has the Safety Sense C package, that includes collision mitigation braking, lane departure warnings, and automatic high beams.

If you’re looking for the return of the Toyota Matrix, and the screaming Celica engine that lived inside, then you’re going to be disappointed by the iM. If you’re looking for a Corolla with better looks, better headroom, and more cargo space in the back? Then the iM is exactly what you want. The ride is a bit bouncy, and the dynamics are far from involving, but it’s well equipped, comfortable, and spacious.

The biggest issue for the iM might be how Toyota has priced it. The Corolla sedan can be had for about $16,000, with a big suite of active safety features. It might be one of the biggest new-car bargains available today. The iM with a CVT is $23,375. That makes it just $415 less than a larger and more powerful Civic hatch with Honda Sensing.  At that price, having a smaller car with a more ponderous CVT becomes a more challenging proposition.