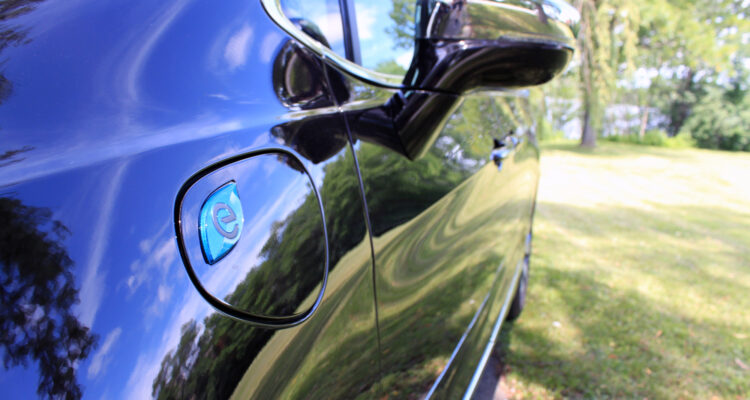 Let’s get this out in the open right away: I am not a minivan man.

Yes, I will be a soccer and hockey dad when my son gets a bit older, but my family will do just fine with anything but a minivan.

However, if there was one vehicle out there that might (and that’s with a capital M) change my mind, I may have found it.

As luck would have it, a family road trip from Montreal to Toronto coincided with my time behind the wheel of the 2017 Chrysler Pacifica Hybrid.

And that was on the heels of a week with the gasoline-only Pacifica.

I know what you are thinking: Why would someone who dislikes minivans book TWO of them.

Well, firstly it’s because of my voting obligations as a member of the Automobile Journalists Association of Canada (AJAC). Secondly, it was so I could compare the two for vicariousmag.com.

So how do they stack up? 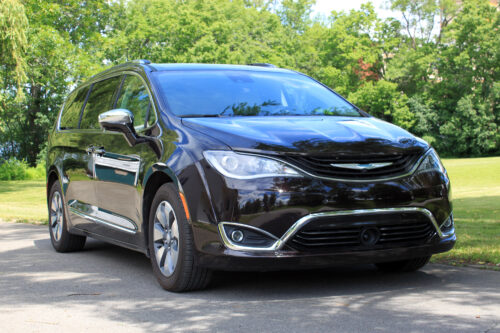 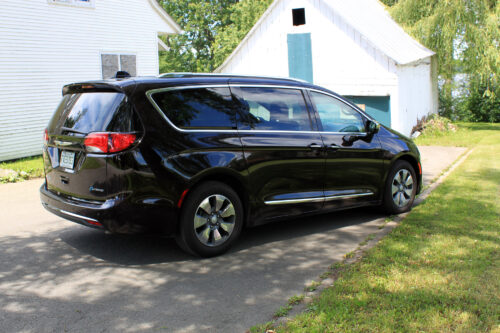 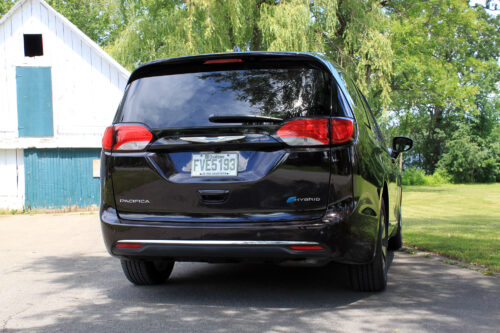 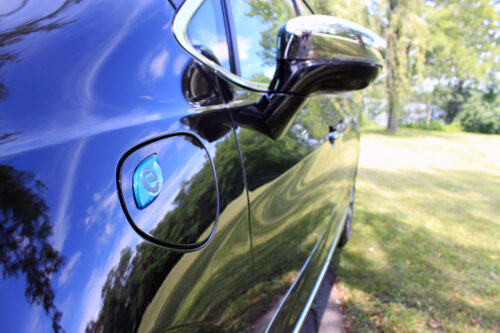 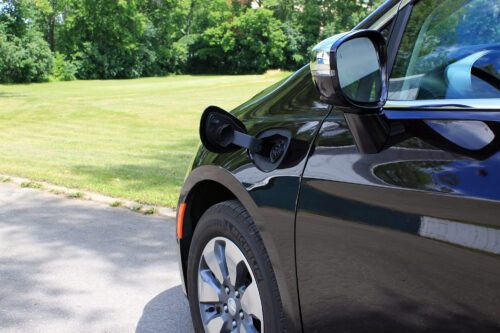 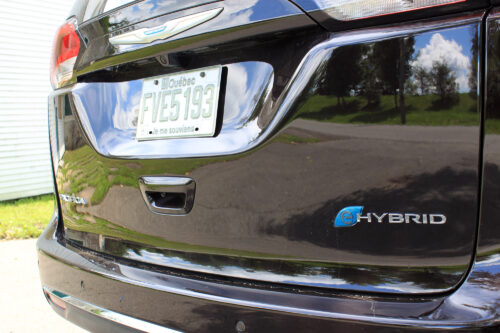 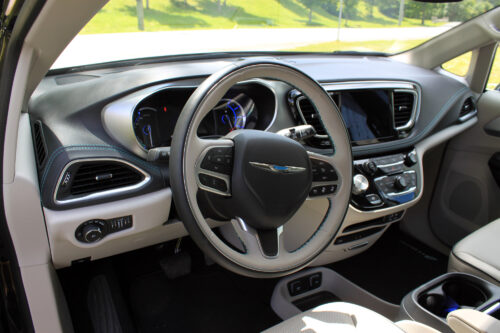 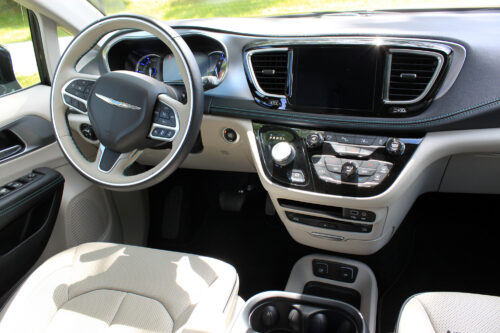 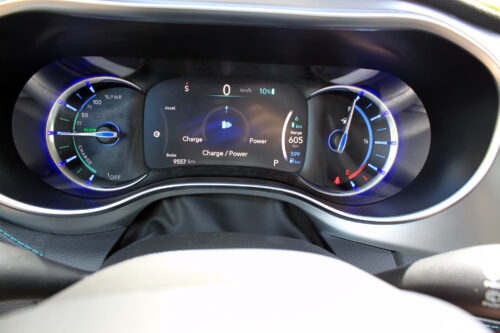 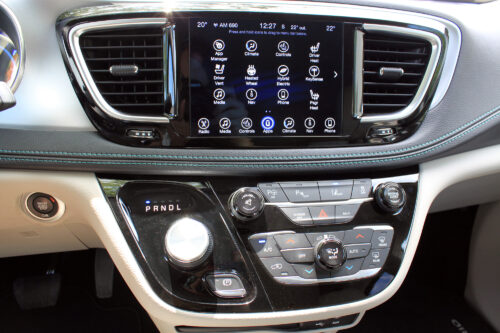 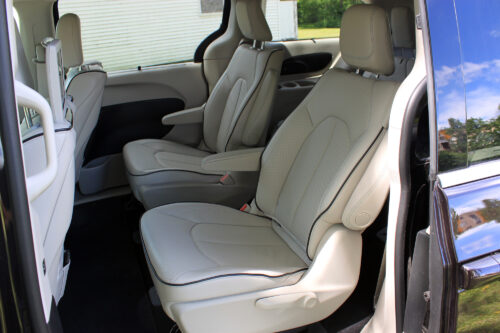 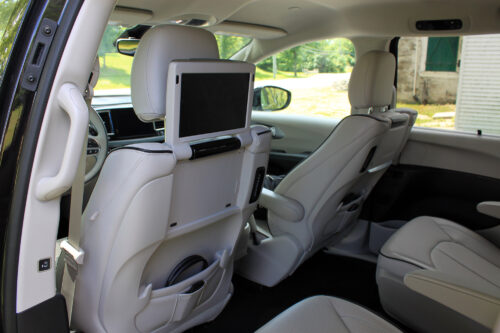 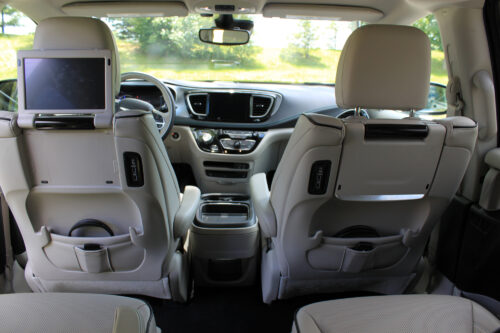 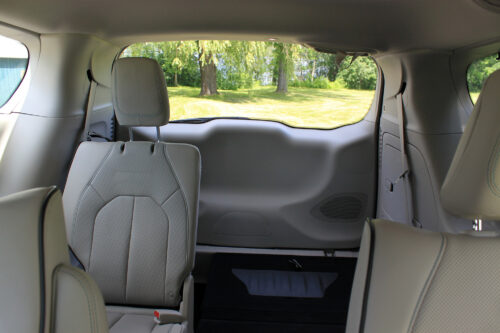 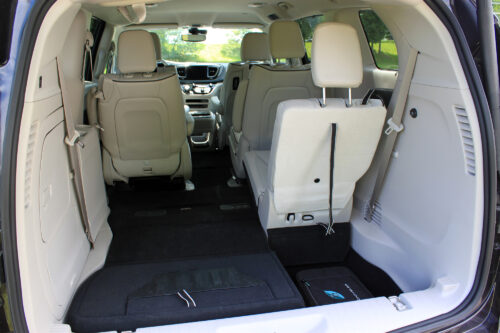 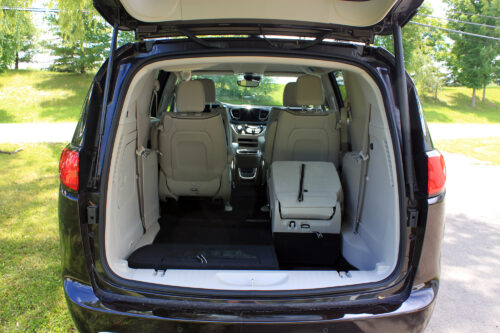 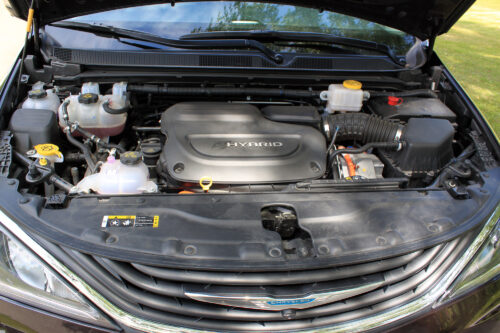 Under the hood, there’s obviously a major difference between the trims.

The gasoline-only Pacifica Limited Platinum comes with a 3.6-litre Pentastar V6 engine, delivering 287 horsepower and 262 lb-ft of torque. That power is transferred to the wheels via a 9-speed automatic  transmission.

The Pacifica Hybrid, which is a plug-in, has a 3.6-litre Pentastar V6 hybrid, and the system delivers a net of 248 horsepower and 230 lb-ft of torque. It comes with an electronically variable transmission rather than that 9-speed auto.

I spent considerably more seat time in the hybrid, and didn’t find the lower power numbers to be an issue.

According to Natural Resources Canada (NRCAN), Le is the gasoline litre equivalent. One litre of gasoline contains the energy equivalent to 8.9 kWh of electricity.

I drive close to 1,800 kilometres in the hybrid, the vast majority of that using gasoline only as it was intercity highway driving. Even so, I managed an average of 6.7 l/100 km. That’s a full 5 l/100 km better than I got in the gasoline-only Pacifica, so there’s a clear winner here.

I imagine I would have gotten even better numbers if finding a charging station in the Toronto area (at least where we were staying) wasn’t such a chore, and I was able to top up the battery, which gives the Pacifica Hybrid about a range of 60 kilometres on electricity.

Both models had Chrysler’s dial selector for the transmission, which takes some getting used to. I constantly found myself turning it the wrong way when selecting park or reverse. It was a little annoying, but something an owner would master.

From the outside, there’s very little to differentiate the two trims other than the hybrid badge on the tailgate and the charge port ahead of the driver’s door.

Despite being a minivan, the Pacifica isn’t too hard on the eyes. It has the typical shape of these 7-seat people movers, with some stylish bits that break things up a bit.

There’s a lot of shiny chrome trim and accents that give the Pacifica a higher-end feel, which is what you would expect from a vehicle that can go over $60,000 (more on that later).

The sliding doors on either side are powered, as is the rear lift gate, so that makes access to the vehicle a breeze, even for the smallest family members. My son just loved being able to open and close the doors on his own.

What he also loved, in both vehicles tested, was the on-board DVD entertainment system. The screens behind either front seat are a generous size, and you can play movies from a DVD, USB key or by plugging into an HDMI input. Add wireless headphones to the mix and what you get is hours of silent driving as you make your way down the highway.

The interior in both vehicles is a nice place to be, even when not watching a movie. The front seat proved comfortable for a long drive, although I would have liked the armrest to have an adjustable height. The middle seats are captain’s chairs, so siblings won’t be too close when enjoying their in-car entertainment. Oh and each screen can be controlled individually, so no fighting over who gets to choose the movie.

Both vehicles had heated and cooled seats, a heated steering wheel, and a rear ventilation system to keep everyone happy.

The Pacifica Limited Platinum did have a few more creature comforts, like the panoramic sunroof, a powered rear bench and a built-in vacuum, so there’s an edge to that trim.

However, even without those items, the hybrid version has everything a family could ask for.

The infotainment system on the Pacifica is pretty complete and easy to operate, which can’t always be said for modern systems. Pairing a phone was simple, the navigation system was nearly flawless and moving through the options and various screens proved nearly effortless – even when moving down the 401.

The satellite radio system is also a definite plus for longer trips.

Having driven both of these vehicles back to back, there’s not a huge difference between how the two look and handle themselves on the road.

Where there’s a major difference is, of course, fuel efficiency and cost.

All in, the gas only was $62,770 when fitted with all the options on the tester.

The hybrid, which was still very well equipped except major items like a sunroof, power rear bench and the on-board vacuum cleaner, is priced at $58,390. That is before any of the generous government grants for buying a green car. In Quebec, for example, a consumer would benefit from an $8,000 rebate, while Ontario buyers get a $14,000 discount and there is a $5,000 price drop in British Columbia.

So, all things being equal (and they aren’t), my money would go to the Pacifica Hybrid. Not only does it save you money up front, you will be saving at the pump for the duration of your time with the Pacifica hybrid, and doing a little good for the planet.