When your son is infatuated with pickup trucks, I guess I earned some brownie points for booking a 2017 Chevrolet Colorado the week of his big birthday bash.

The fact that is also came in handy hauling the tables and chairs we needed to turn the backyard into a party zone was just a happy coincidence.

The midsize pickup from Chevrolet is one of only a handful of options for consumers who are seeking a pickup but don’t want (or need) the larger models that are available.

And General Motors has two of the competitors in the segment, with the GMC Canyon also available. 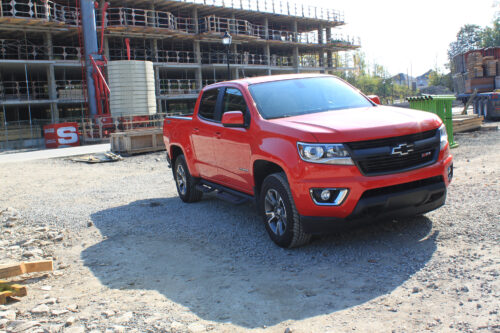 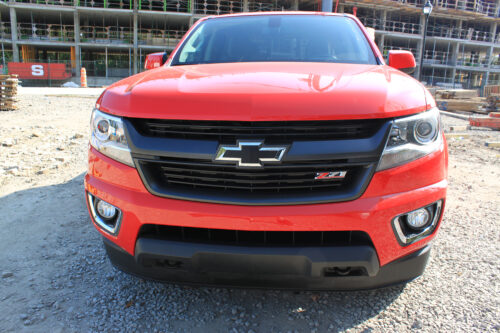 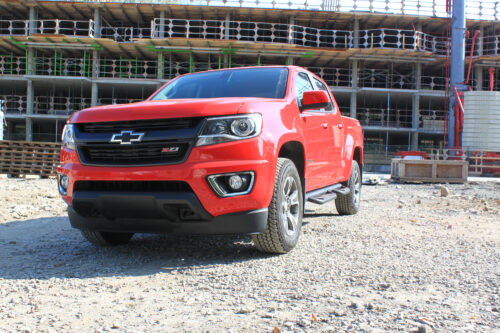 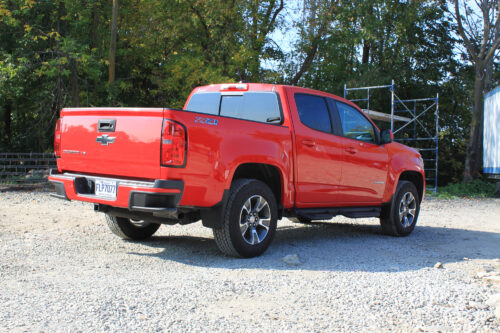 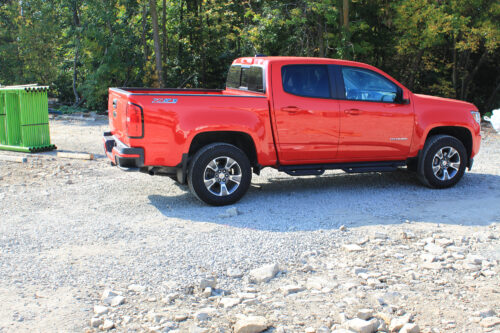 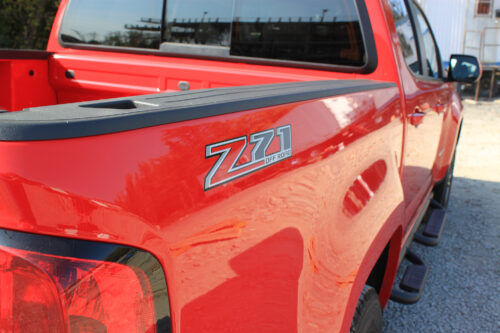 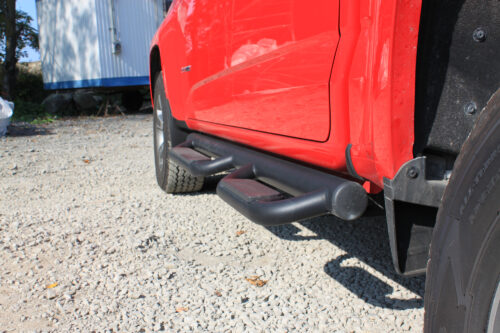 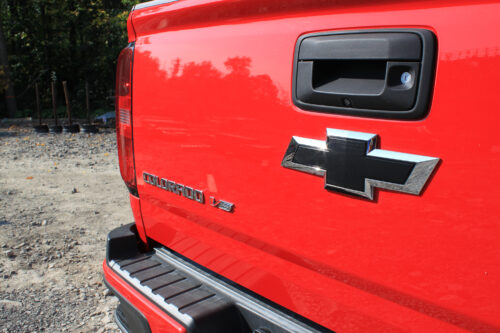 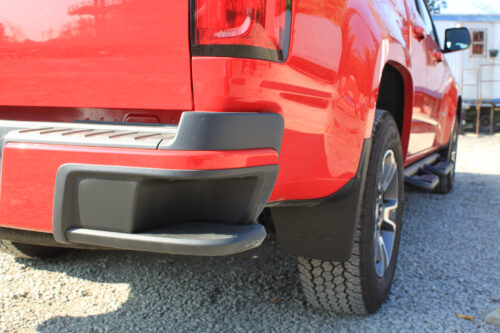 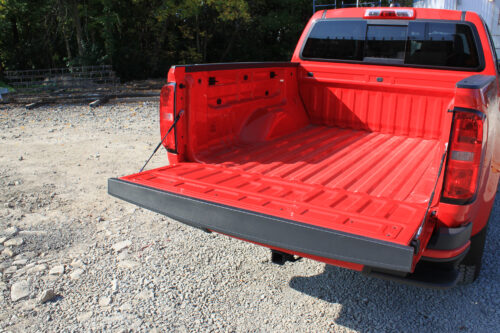 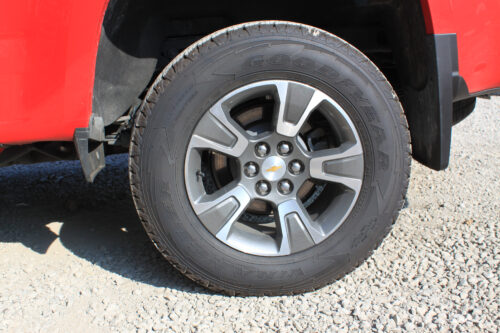 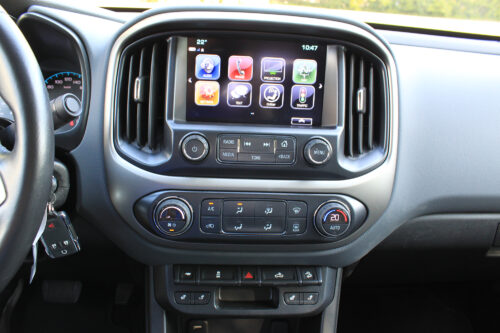 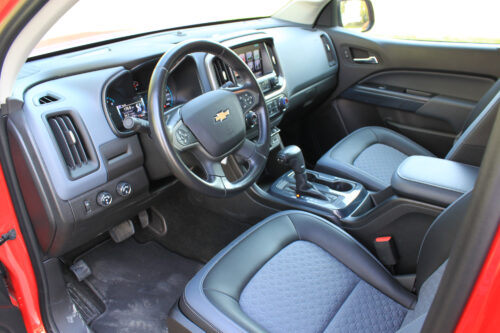 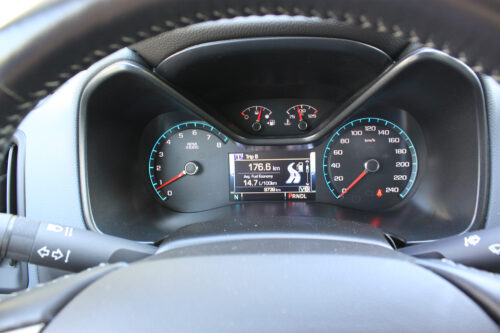 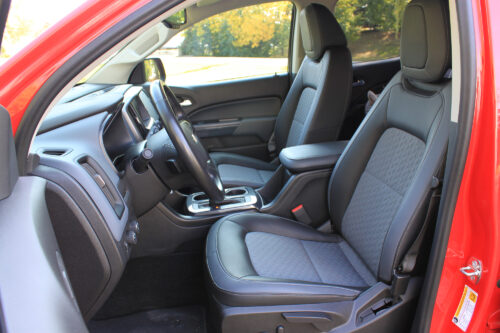 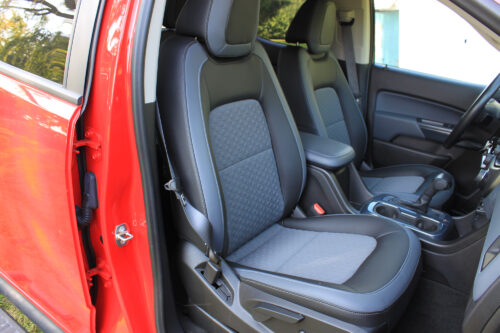 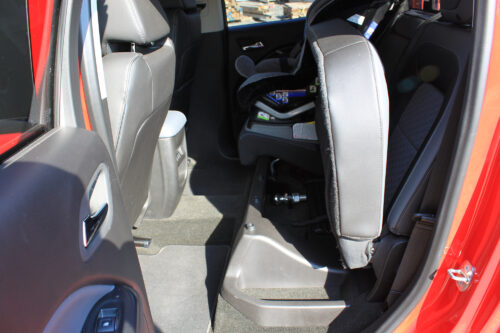 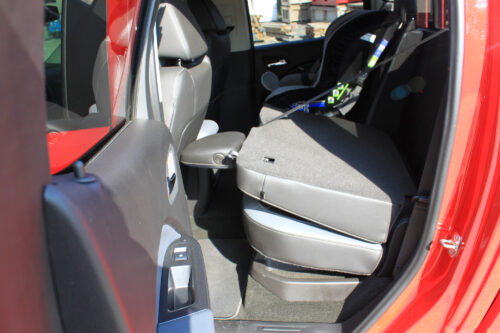 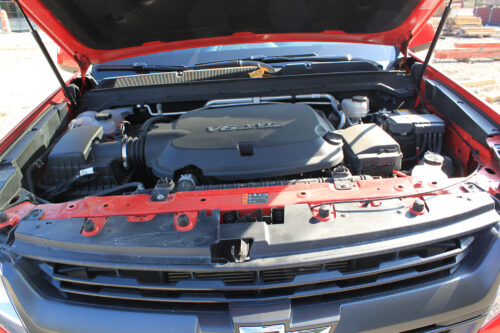 The Colorado has a starting price of just over $22,000 for a base model, but the price can climb quickly, as evidenced by the fact that our tester, a 2017 Colorado crew cab Z71, was more than double that base model at $44,225.

There are three engine choices for the Colorado, starting with a 2.5-litre inline four-cylinder. Our tester was fitted with the 3.6-litre V6 engine (308 horsepower/ 272 ft-lb of torque), which gets paired to an 8-speed automatic transmission.

So it definitely has some muscle, but the Colorado also has a bit of finesse in terms of the exterior styling, which translates into a nice-looking truck. The Red Hot paint job on our tester was definitely a good choice, and it makes the black front grille on the Z71 stand out.

However, there’s an exterior option on the tester that I found to be more of a bother than anything else.

It was fitted with 3-inch black off-road step bars ($875), but the Colorado was low enough (for me, at least) that I could get into it without the need for them. As a consequence, on more than one occasion my shins took one for the team.

I can see how they would be helpful to some, but all they did was leave me bruised.

I was also a little disappointed to see that there was no protective coating on the truck bed as a standard feature. However, it is available as an option. Getting into the bed is made easier thanks to steps that are cleverly designed into the rear bumper.

On the inside, passengers benefit from a space that is functional and offers a good amount of room.

However, there are a few, shall we say, old school features that do make the interior feel a little dated. The first was the fact that I needed to use a key to start the engine. Who does that anymore? Even my son was taken aback … and he’s 4!

Then there’s an abundance of hard plastics and a large shifter that just doesn’t seem to fit with a modern truck. (Given some GM models now use a button gear selector, I can see that coming to the Colorado to free up that centre console.)

The Colorado’s Crew Cab allows the truck to carry five occupants (but fitting three in the back will be a tight squeeze), and there are some hidden compartments inside that allow owners to keep items away from prying eyes.

The rear bench, when not needed for extra occupants, can be folded flat for extra storage space, and the seat portion will flip up to reveal a hidden storage bin under the cushions.
There’s also a pair of USB ports for rear passengers to plug in their devices.

Controls for the ventilation system are large and easy to operate, as are the knobs and buttons that control the infotainment system.

And the Colorado has a nice 8-inch screen as the centrepiece of that system, one that was upgraded in the tester to include a Bose premium 7-speaker setup.

The tester also came with the optional navigation system ($795), and there is the 4G LTE Wi-Fi connectivity inside the Colorado, which can be connected to up to seven devices at once.
That would make the Colorado very popular on job sites, I would imagine.

What would also help make it a favourite is the fact the Colorado Z71 has what it takes to get down and dirty if need be. It comes with a standard off-road suspension, an automatic locking rear differential, front tow hooks and protective skid plates for off-roading – or for handling the dirty job site.

The V6 engine under the hood provides the Colorado with the power it needs to get the job done, although I have to say that I found the transmission on the Colorado to be a little disappointing.
There always seemed to be a little stutter, mainly at the shift from first to second gear, and it was most pronounced when I started driving each morning after the vehicle had been sitting for a few hours. Beside that, however, there were no other issues with the transmission.

While there aren’t a many options for people who want a midsize pickup, the Colorado checks off many of the requirements one might have.