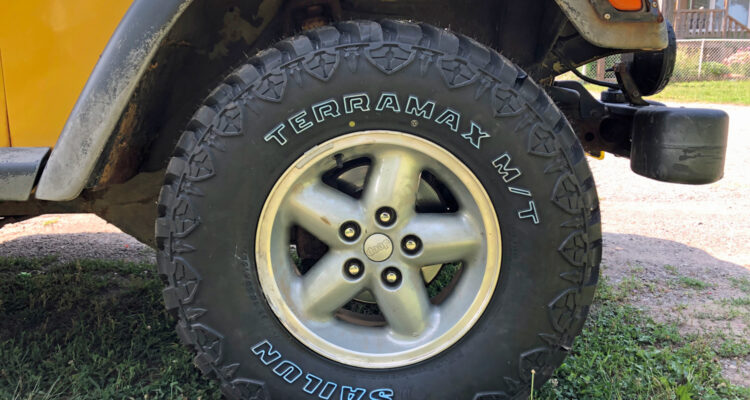 This is the first of three installments to see if Sailun TerraMax M/T tires live up to their hype in on-road/off-road and muddy conditions.

Sailun says its new TerraMax M/T light truck and SUV tires provide powerful traction, in both on and off road conditions, and in both wet and dry conditions as well. The wide, deep grooves and large shoulder blocks work as a self-cleaning mechanism to allow for the collection and removal of mud, maximizing grip and maintaining momentum. The 3-Ply shielded sidewalls offer multiple layers of protection against abrasion and punctures most commonly found when off-roading with aired down tires and help give it a rugged look. As the newest addition to the Sailun tire lineup, engineers are looking to prove that these tires are built for enthusiasts who need rugged design, powerful traction and aggressive performance.

The impressions below are the first of three reports we’ll provide on our experience with these tires.

The first thing we noticed about these tires when they went on the Jeep was their width. The Sailuns appear taller and narrower than the previous all-terrain tires that were on the Jeep.  Even though the same tire size was specified, and these M/Ts are only 0.1-inch narrower, the tread blocks do not wrap around the sidewalls the way they did on A/Ts, giving this illusion. Sidewall grip is not as important when slinging mud.

Another impression of these Sailuns came from the tire tech who installed them, warning that mud tires like these will perform very differently on pavement than the all-terrains I had been used to, particularly at higher speeds and on on/off ramps. Given our lack of experience with mud tires, we heeded the warning. With softer side walls, even when aired up, stability of the tire (on a short wheel-base vehicle like the Jeep) can become an issue.

After driving away from the tire shop, the softness was immediately apparent. The TerraMax M/T tires easily absorbed the nuances of a rough paved surface, and they felt like suction cups sticking the paved surfaces we encountered. They gripped well and seemed to melt into the pavement when needed (and given how hot it’s been, maybe that’s just what they were doing!), but the grip was appreciated.  On the highway, the relative lack of lateral stability was lacking in the curves, just as the tire tech had warned; not frighteningly so, but certainly something to keep in mind when hitting the off-ramp.

One nice surprise is that the Sailuns were not as loud on the highway as expected.  Mud terrain tires like these with such an aggressive tread are expected to produce a lot of noise, especially at speed, but there was only a slight whine.

The tread pattern on the Sailun TerraMax M/T tires exhibit a large and chunky tread pattern, with deep grooves in between each tread block. The large grooves are intended to help expel mud, but on gravel or on the highway, those voids don’t provide any benefit. The grooves will assist in pulling water away from under the tire in very wet situations, as well. The large rectangular shaped tread blocks on the sides of the tires assisting in directing that mud and water out from under the tire, helping maintain forward propulsion and of course contact with the surface beneath them.

Next up, we will try these Sailun TerraMax M/T light truck and SUV tires in some wetter conditions, both off-road and on gravel.