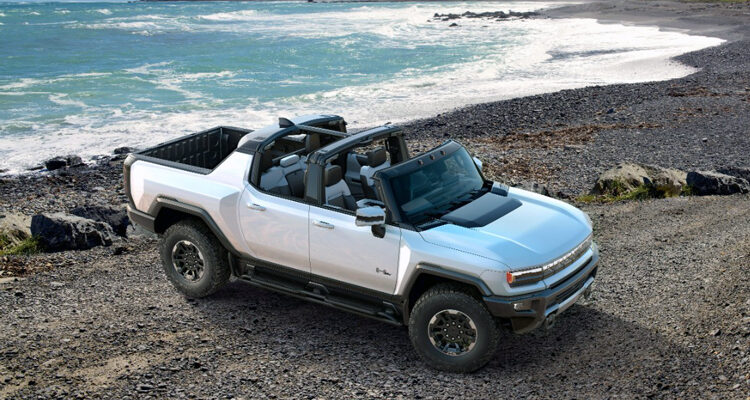 This Week In Trucks: Volume 8

Hummer On The Silver Screen

GMC and A&E Networks just announced the premiere of a new documentary that follows the development of the much-anticipated all-electric supertruck.

The hour-long production allows audiences to follow a small group of General Motors staff, over approximately a two-year period, where they helped conceive the automaker’s first EV in the segment. The film crew were granted rare behind-the-scenes access to key points of the vehicle’s development.

From the frozen Upper Peninsula of Michigan to the sunbaked red rocks of Moab, Utah, viewers get to witness the HUMMER EV undergo evaluation in various extreme environments, as well as never-before-seen footage of GM’s testing and development facilities. Catch it on the GMC YouTube channel April 3.

Back by popular demand, the exclusive Gobi paint colour is returning as a limited run no-charge option for Jeep Gladiator buyers from now until June of this year.

The mid-size pickup first debuted the desert-inspired colour palette during the 2020 model year, and is being offered for only the second time in Canada across all trims including the Sport, Overland, Mojave and Rubicon. SUV enthusiasts needn’t feel left out, as the earth-tone hue will be available on Wranglers too.

Companies can look forward to conducting their business on the road in a more stylish manner with the debut of the 2023 RAM ProMaster. The full-size van, aimed at commercial industries, now features three roof heights and a new roll-up rear door enabling quick and easy access to cargo.

The front fascia is reworked incorporating LED headlights and fog lamps, and customers can opt for a special Black Appearance Package that gives a darkened treatment to the grille, badging and machined face alloy wheels.

RAM has really upped the ante in terms of technology and, when properly equipped, the ProMaster can autonomously guide itself in and out of both parallel and perpendicular parking spots using ultrasonic sensors. Inside, the 10-inch Uconnect 5 touchscreen display is five times faster than the outgoing infotainment system and boasts split-screen functionality.