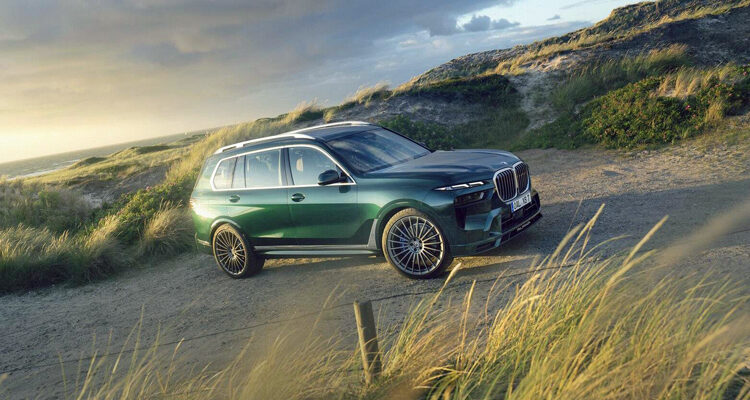 This Week In Trucks: Volume 32

Taking the BMW X7 to the next level is the German manufacturer’s in-house craftsman ALPINA and its forthcoming XB7 performance flagship SUV.

Adopting the split sliver headlight look that’s oh-so-trendy right now, the oversized kidney grille is illuminated and signature ALPINA body aero is installed all around. Up to 23-inch forged-aluminum 20-spoke wheels are available.

A new 4.4-litre bi-turbo V8 engine, equipped with a 48-volt starter-generator inside the eight-speed automatic transmission, is the crown jewel boasting a serious output of 630 horsepower and 590 lb-ft of torque. Production begins late next year.

The third generation of Toyota’s full-size three-row SUV hits dealerships this fall. All new from the ground up, it still maintains a rugged body-on-frame construction built for productivity.

All 2023 Sequoias run a Hybrid i-FORCE MAX powertrain — same as the unit found in the Tundra pickup — good for 437 horsepower, 583 lb-ft of torque and at least a 9,000 towing capacity. There’s also an efficient on-demand four-wheel drive system, and the suspension is comprised of an independent front and multi-link rear setup.

Style-wise, the model has a much more modernized look featuring a squared-off front fascia with a significantly larger grille. A total of five trims will be offered, starting at MSRP $75,990 ( TRD Off Road) and topping out at 91,990 (Capstone).

In 1972 Japan launched the Leone 4WD Estate Van, the first mass-produced all-wheel drive passenger car in the country. Since then, the automaker has sold approximately 21-million traction-forward vehicles.

Symmetrical refers to the ability of the system to continuously send power to all four corners, compared to a conventional AWD where torque is applied only after slippage is detected. The former allows superior traction under most conditions including dry, wet and snow/ice, particularly when combined with the company’s Boxer engines providing a low centre of gravity. And thanks to a design where the motor is mounted longitudinally, in-line with the driveshaft, fuel consumption is quite efficient.