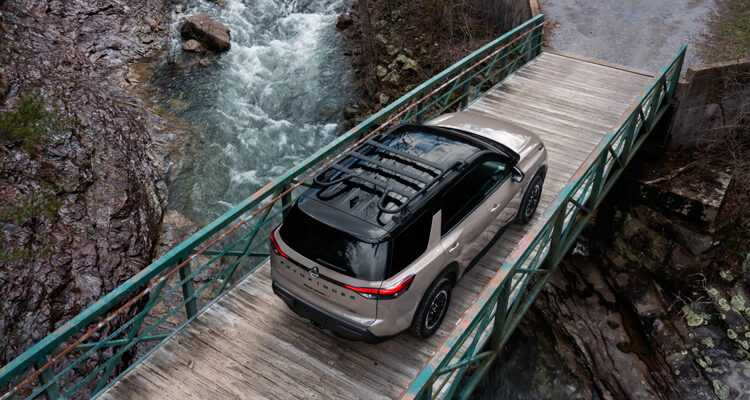 This Week In Trucks: Volume 14

Offering tougher versions of existing SUVs is very on trend right now, and Nissan is joining the fun with the 2023 Pathfinder Rock Creek.

The fifth-generation model features plenty of off-road equipment that’s not just skin deep, for example: tuned suspension boasting a 5/8-inch lift; 18-inch beadlock-style wheels shod in all-terrain tires and a tubular roof rack capable of supporting up to 220 pounds. This is in addition to the standard tow hitch receiver and harness and 6000-pound maximum towing capacity.

Other highlights include a blacked out mesh grille, exclusive Rock Creek badging, and embroidered/orange-stitched leatherette and fabric seat upholstery. Goes on sale in late summer.

Though the luxury marque has been in the electrified mobility market since 2005 after launching the RX400h hybrid, it’s made the leap to full EV by announcing the 2023 RX 450e.

DIRECT4 all-wheel drive and a high-output electronic axle motor together deliver the sharp handling experience Lexus is known for. Later on, a steer-by-wire system is going to be introduced — enabling the exchange of steering and road surface information via digital signals rather than mechanical linkage — making overall driver operation an easier task. More information is expected shortly.

Honda’s smallest crossover gets a ground-up redesign for the 2023 model year, emerging slightly larger with a longer wheelbase and wider stance.

Noticeable from the teaser images is the extended hood and the thinner, stretched out LED head and tail lights. The grille on the other hand has shrunken significantly in size, sitting in between aggressive air intake shrouds that curve up in a wave-like shape.

The Japanese automaker isn’t revealing any performance specs other than saying it “will feature a more responsive engine and a new independent rear suspension, giving the subcompact SUV a more confident, refined and fun-to-drive personality.” The vehicle is slated for a summer release.