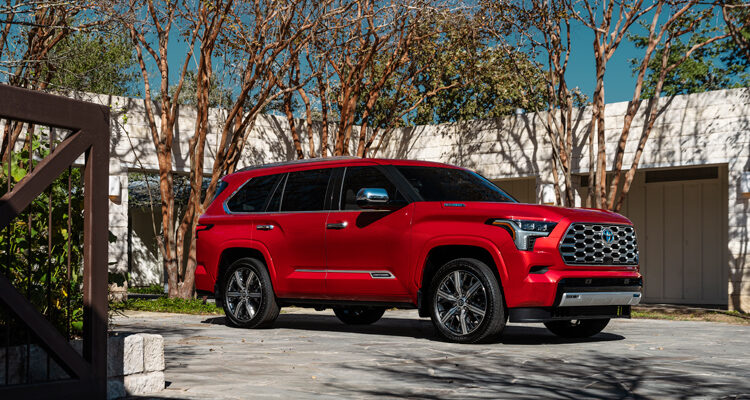 This Week In Trucks: Volume 1

Escalade to go where no Escalade has gone before

Cadillac saves its V badge for its burliest of models, and perhaps the burliest of them all will be the upcoming 2023 Escalade-V, the first SUV within the lineup to receive the single letter designation.

Almost no details exist so far outside of an exterior pic, but there’s a good chance the full-size vehicle is set to feature the 6.2-litre V8 engine currently found in the CT5-V Blackwing sedan putting out a monstrous 668 horsepower and 659 lb-ft of torque — that’s a significant increase compared to what the flagship makes currently, which is 420 horsepower and 460 lb-ft of torque.

Is this a last hurrah before the manufacturer moves to an all-electric lineup by 2035? More details to come.

From the same team that brought you the Ford F-150 Raptor comes the new Bronco Raptor, the most powerful street-legal version of the model yet.

Inspired by the Ultra4 Racing series, the variant is 9.8-inches wider than standard and packs a FOX HOSS 4.0 suspension system to provide additional travel and handling stability necessary for performance desert driving.  There’s also an advanced 4×4 system and 37-inch BFGoodrich KO2 all-terrain tires to help tackle the toughest of terrain. The 3.0-litre twin-turbocharged EcoBoost engine develops in excess than 400 horsepower.

After 15 long years, the third-generation Toyota Sequoia is nearly upon us and this time around will only come with partially electrified propulsion.

Still body-on-frame and built upon the company’s proprietary TNGA-F platform as the Tundra pickup is, the three-row SUV now utilizes a solid rear axle and can tow up to 9,000 pounds. Under the hood is the familiar iForce MAX hybrid powertrain consisting of an electric motor complementing the twin-turbocharged V6, mated to a 10-speed automatic transmission. Together the net output is 437 horsepower and 583 lb-ft of torque.