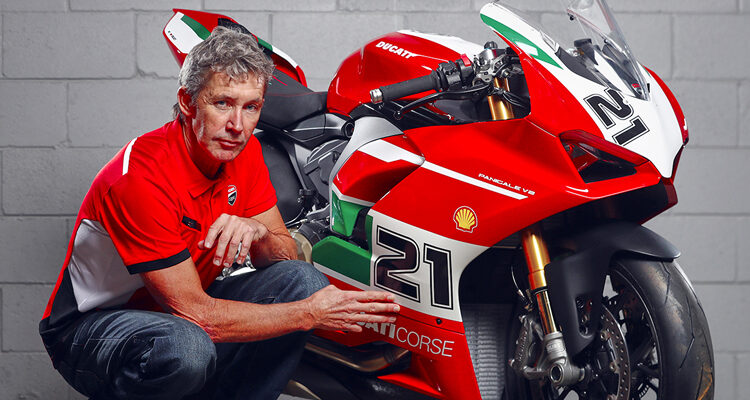 This Week In Moto: Volume 2

Triumph Plans To Get Dirty

While their Tiger adventure bikes are no strangers to off-piste exploration and McQueen showed that a TR6 could hang with the best of ‘em, Triumph Motorcycles has never truly built a proper enduro. Well that’s about to change as the Hinckley based brand is set to enter the world of competition motocross and enduro.

Enlisting the help of moto and supercross juggernaut, Ricky Carmichael, and enduro savant Iván Cervantes Triumph aims to enter two of the most competitive realms of motorcycling in the very near future. Sadly there are no bikes to debut just yet but Triumph says that “development is well underway on a comprehensive range of all-new competition models” that Triumph will back with a fully supported factory team.

Triumph CEO, Nick Bloor proudly declared that the “announcement marks the beginning of a new chapter for the Triumph brand, which everyone at Triumph is incredibly excited to be part of. We are 100 percent committed to making a long-lasting impact in this highly competitive and demanding world, with a single-minded ambition to deliver a winning motorcycle lineup for a whole new generation of Triumph riders.”

Given the pandemic lead explosion in sales for dirt bikes, enduros and dual sports in North America, this move sounds well-reasoned and, depending on how soon the bikes debut, may be perfectly timed. Given how well refined their road bikes have become, we’re excited to see how this all plays out. Stay tuned!

Based off of Ducat’s middleweight supersport, the Panigale V2, this limited edition model features a number of tweaks to set it apart from the standard bike. To start, this bike has been fully decked out in a racing livery inspired by Bayliss’ championship-winning Ducati 996R from 2001. The Tri-Colour accents and number 21 feature prominently on both the bodywork and the seat. There’s more going on than just some fancy graphics though.

The suspension has been upgraded to run Ohlins NIX30 front forks, an Ohlins TTX36 shock in the rear and has a fully adjustable Ohlins steering damper as well. The battery is a lithium-ion unit, to help reduce weight and the exhaust has also gone on a diet by using carbon fibre and titanium. The Bayliss edition will tip scales about 3kg lighter than a standard V2. The brake and clutch both feature self-bleeding pumps and the full suite of the Ducati Safety Pack has been baked in (which includes 6-axis IMU control).

With 52 victories, 94 podiums and three World Superbike titles (not to mention some impressive stints in MotoGP), it should come as no surprise that Bayliss would get a commemorative bike. What was a bit of a shock is that it is the 955cc Panigale V2 and not the fire-breathing Panigale V4 R. Although that does help keep costs down for interested buyers. The Panigale V2 Bayliss will retail for $23,695.

For the rest of us that were fans of Troy’s “Baylisstic” approach to racing, Ducati’s video presentation packs some sweet racing memories that I’d recommend taking a gander at.

With an almost 1:1 horsepower to weight ratio, KTM has just pulled the wraps off of their very limited (only 100 will be made) RC 8C track bike.

There are 128 horsepower packed into this lithe, little package that tips scales at a scant 140kg. The 889cc LC8c, parallel twin engine has been fitted with an Akrapovic racing exhaust, complete with titanium muffler and breathes through a dedicated air-box. WP Apex Pro suspension parts have been fitted and race-spec Brembos handle the business of stopping. Combined with a hand built, bespoke tubular steel frame, handling should be top notch.

Sadly, it seems the RC 8C sold out faster than it’d take one to lap Laguna. There is a waitlist though, for those interested.