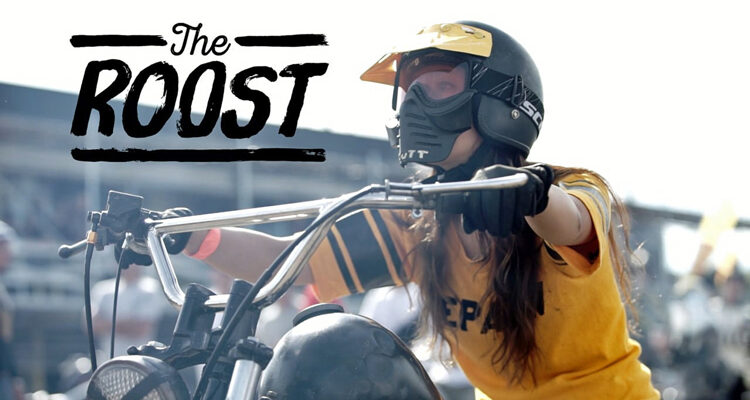 With most, if not all Motorcycle Shows in Canada riding the pine for yet another year, mountains of snow on many of Ontario’s streets and especially chilly temperatures on the horizon, this truly could be the winter of discontent for riders. But fear not! There are some readily available ways to get your knees into the breeze, albeit virtually. For this week’s instalment we’re going to cue up some stellar moto videos to help get you through.

The Toronto Motorcycle Film Festival’s list of viewable moto flicks is nothing short of sensational. If you’ve yet to discover what’s there, buckle up for a binge!

One of their more recent releases – and one I’d recommend – is The Roost. The Roost provides a look into the incredible world of custom motorcycles and the culture it’s bred, in Japan. Trust me when I say that the custom work coming out of Japan is something to behold and the Roost focuses on some of the Land of the Rising Sun’s heaviest hitters in the industry (like Rad Yanamoto, Kengo Kimura and Shiro Nakajima to name a few). Toss in some requisite dirt riding on vintage machines, a few The-Race-of-Gentlemen-esque beach drag races and some pretty killer music to back it all up and you’ve got 83 minutes of moto bliss, albeit with a bit of a hipster bent. Hat tip to our friends at BikeExif for putting this one on my radar.

Oil in the Blood

If you’d rather get a more global look on the custom motorcycle scene (or just want MOAR!!!  after watching The Roost) then cue up Gareth Maxwell Roberts incredible and informative Oil in the Blood. Filmed over three years and spanning the globe, Oil in the Blood provides a piercing glimpse into the trends that fuel not just the custom motorcycle scene, but the industry as a whole.

Even if you have but a mild interest in anything moto related or the culture it breeds, Oil in the Blood is a definitive piece of film.

I could probably go on and list another dozen movies from TMFF’s site but these are two absolute bangers to start with.

Inside MotoAmerica: The Pressure to Rise

If you’re anything like me, Netflix’s F1 series, Drive to Survive, has rekindled a love of racing’s pinnacle series. The blend of racing and driver/team backstory just makes the whole circus of F1 that much more interesting. And of course, I’m stoked that MotoGP is looking to do the same thing but if you need a binge-watch to scratch a two-wheeled racing itch in the meantime, Inside MotoAmerica: The Pressure to Rise is a great way to do so.

I’ll fully admit to not being a huge follower of MotoAmerica – I keep an eye on things for sure, but race coverage isn’t exactly easy to find (although that is rumoured to change in 2022). However, poking through the first few episodes of The Pressure to Rise has me making a commitment to change that. Like Drive to Survive, the series provides context and backstory to the teams, riders and even the families they’re a part of. Best of all, the series is free on YouTube.