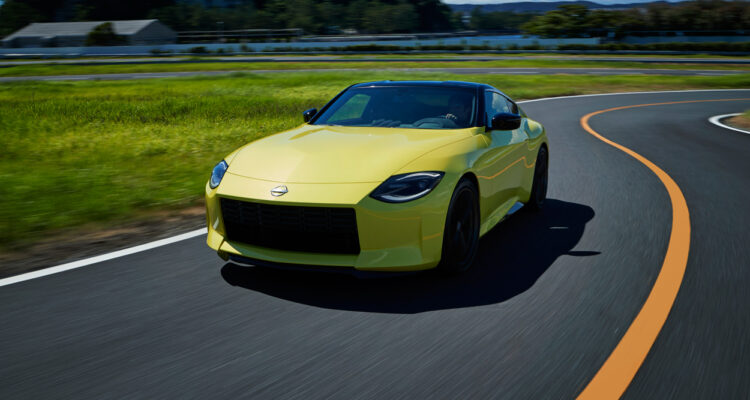 The Z Car is BACK! Nissan Z Proto Revealed

A day of jubilation. A red-letter day. A day to shout from the rooftops – whatever you want to call it, today is a huge day in the sports car world because after much ballyhooing and chatter, it’s official: the Nissan Z sports car is coming back.

For now, it’s called the “Z Proto” but as you can see from the images, there is a “Fairlady Z” badge attached to the rear deck so for now, that’s what we’ll call it. We also believe that there are plenty of readers and Z fans out there that will have no problem if Nissan decides to eventually adopt that name for the North American market where hitherto the Nissan Z models have always been badged numerically – 300ZX, 350Z. 370Z and so on.

Speaking of North America: Nissan says that it has historically been one of the Z’s best markets for sales, with North Americans having bought over 1.3 million of these things throughout the 50 years it’s been available. That’s a good figure for a more garden-variety sedan or SUV, let alone a specialized sports car like this.

How specialized? Well, by the looks of things, quite.

The Z Proto’s shape is said to recall various Z cars throughout the years, and it looks absolutely gorgeous. The squared-off front radiator opening is very 1970 Datsun 240Z – yes, it was a Datsun back then – while the way the rear fascia is highlighted by four skinny LED taillamp lenses set against a black background looks lifted from the more recent 300ZX or Silvia S14/240SX. The way the headlights are shaped, meanwhile, recalls not only current sports cars like the Aston Martin DB11, but according to Nissan, they’re also shaped to recall the Japan-only 240ZG with its clear headlight covers that recalled the Jaguar E-Type at the time.

“Ultimately,” said Alfonso Albaisa, head of Nissan design, “we decided the Z Proto should travel between the decades, including the future.”

Which is why the launch colour you see here – a pearlescent yellow – was used. It was the same colour used on the first-generation 240Z and the later 300ZX. It’s also why the compact proportions seen in the silhouette are made to reflect those of the original car.

For us, it looks like a cross between that early car and the current Alpine A110S, a beautiful retro-styled sports car in its own right. Here the perfectly-raked rear-window meets the rear deck at a lower point than the hood line, because it provides such a great stance and because that’s how it was on the original. In a nod to modernity, the side skirts, front clip and rear valance are all crafted from carbon fibre. The copper 19” wheels wrapped int tires with “Z Proto” scripting on them are all just icing on the cake. 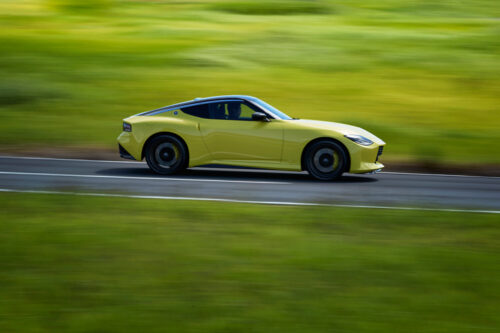 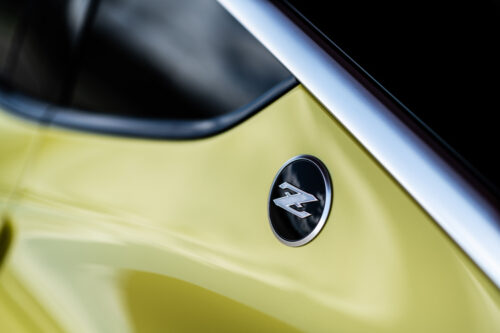 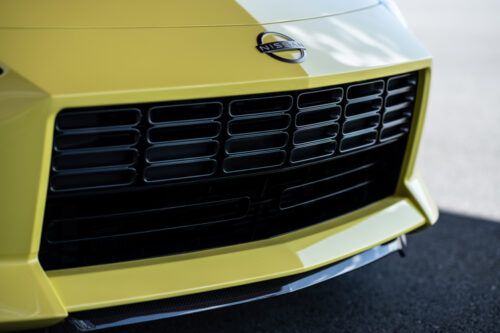 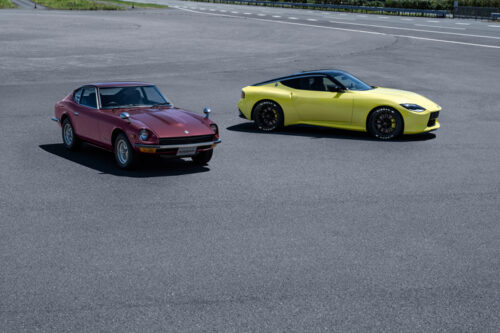 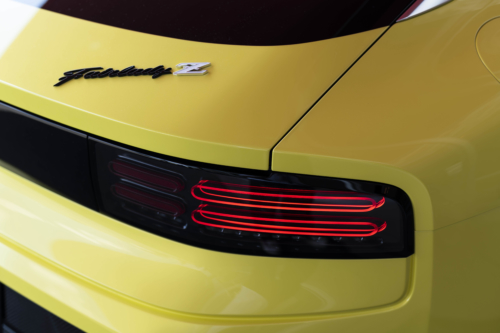 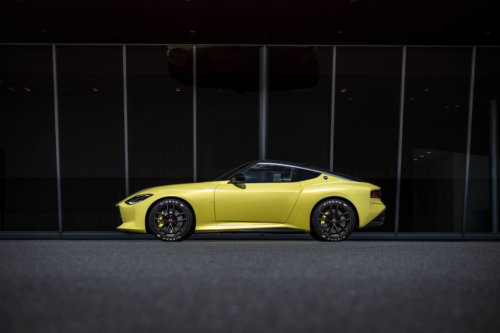 Inside, the new/old theme continues. In the “new” corner, you have a digital display, body colour-matching seat inserts and bloody great big infotainment display dominating the centre stack. It would behoove Nissan, we think, to ensure that you can at least make the digital gauge display look classic with the choice to display analogue gauges for your speedometer and tach – look to Mercedes-Benz to see how this is best done – as the deep-seated analogue gauges in the original car were such a hallmark of the design. 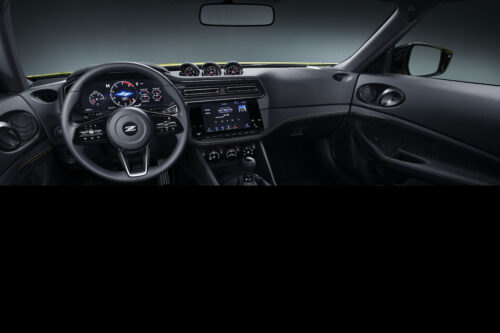 What the Z Proto does get in an obvious nod to the original car are the three gauges sitting atop the dash that display an analogue clock, temperature, and voltage. Gauges like that look perfect in everything from Mustangs to Porsches (well, they tend to just have a single gauge atop the dash – but you get our drift) and we’re so happy to see them included on the Z Proto.

The other detail you may have caught from the interior image is the existence – huzzah! – of a proper, no-bones-about-it shift lever that comes attached to a six-speed manual transmission and rear-wheel-drive. It may seem crazy to be highlighting this in the context of a sports car article but even sports cars today have fallen victim to the scourge of the automatic transmission. There was no guarantee that if a new Z were to come, that it would have a manual, but it will and we’re chuffed.

Either way; the bottom line is that Nissan has created a home-run of an homage to the original Z – and so may Zs since – and from the looks of things, they’re looking to do the best take on a retro meets modern this side of the Ford Mustang. That’s no small feat and there are few upcoming cars we’re looking forward to driving more than this one.