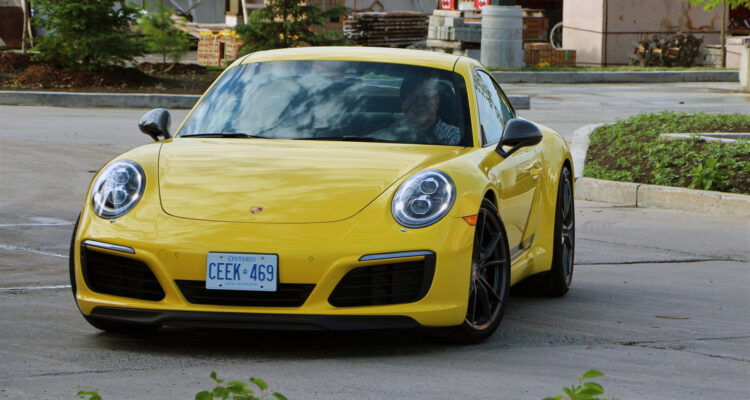 Here’s a new Porsche 911 that suits me to a T. Even if it does take minimalism to a new price point, it’s a purist’s dream.

It’s the new 2018 Carrera T, available in coupe only, that Porsche says hearkens back to the original T, launched in 1968.

Its bone stock price is $116,500, but there’s always a bit of meat on the bone and that meat ups the price quickly. 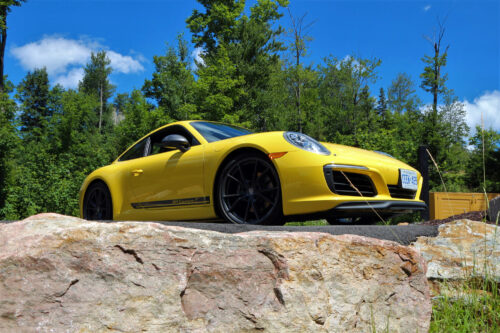 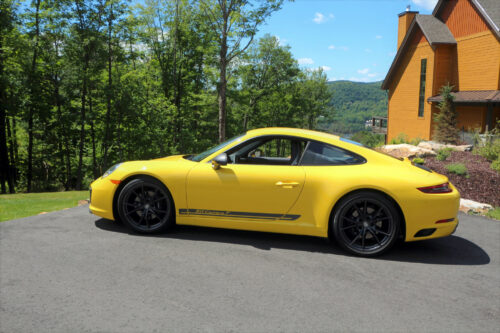 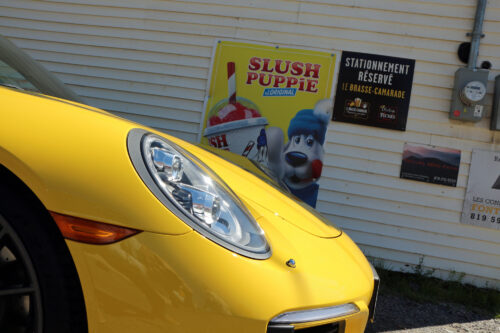 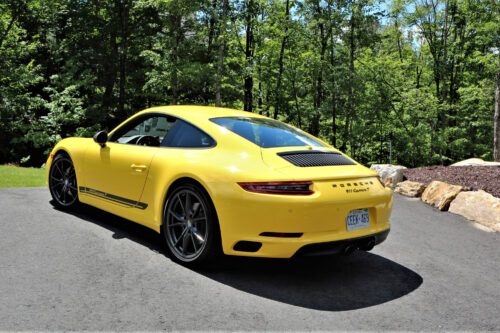 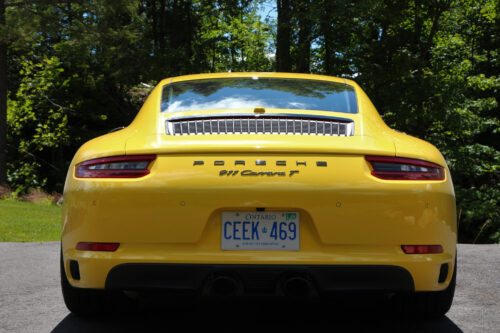 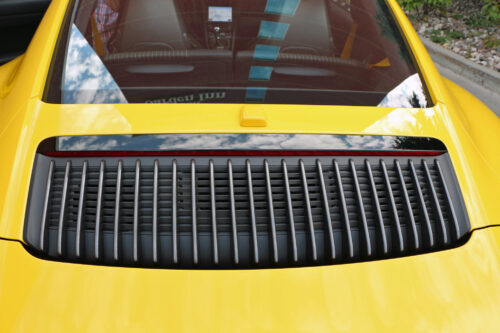 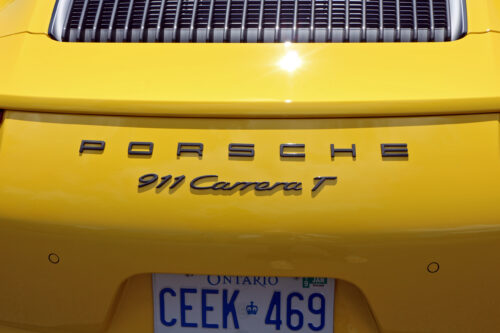 The T (for Touring), at 1,424 kg, is the lightest (but only slightly) of the 23 versions of 911 on sale today. Interior door handles are replaced by straps while rear and side window glass is lightweight and sound insulation is reduced which, of course, raises the cabin noise level. But that sport exhaust note is such a lovely noise.

There’s not much different about the new 911 in terms of exterior design. The T is about 10 mm lower than the base Carrera and 20-nch wheels are standard. There’s no aero kit and no big wing although there is a deployable spoiler.

A hint that this might be somewhat special is the 911 Carrera T graphic on the sides and the rear badging.

Although I did spend some time in a PDK-equipped T (a $4,250 option), I had the most seat time in a racing yellow beauty with seven-speed manual transmission. The manual is the way to go.

Porsche has stroked the standard stick with shorter constant transaxle ratio which brings shorter gearing and quicker acceleration. There are several performance boosting goodies including PASM sport suspension with a lower ride height and that shortened shift lever.

The seats fit me to a T. Comfortable, well bolstered perches that aren’t tiring over a long run. If you want optional carbon fibre buckets, they’ll run you another $5,940 and getting in and out of them will provide bystanders with no end of amusement as you try to mount or dismount. Those bolsters are BIG!
Like all Porsches the proof of the pudding is in the driving and this car is simply a joy to drive. The stick shift is quick and slick. Response to the go-pedal is downright gleeful and brakes, should you call on them, bring a quick halt to proceedings.

The 911T handles corners with aplomb, staying completely flat and composed. We never did find a corner that would disturb the car’s composure, but then we were on public highways after all.

While the ride is decidedly stiff, it’s far from jarring. I could ride in this thing all day. In fact, I did and came away admiring the engineering involved in producing such a terrific car.

This T had a back seat. Sort of. It’s no place for adults, but it’s claimed that kids could ride back there, but I wouldn’t want to install a child seat. It really is a nicely upholstered storage area. Speaking of storage, the front “trunk” will hold a decent amount of stuff, provided the driver and passenger pack judiciously.