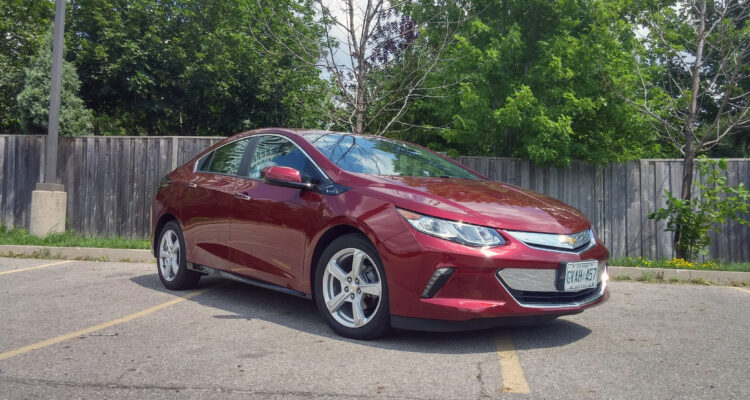 The offering for hybrids is growing exponentially and plug-in hybrids seem to be the perfect compromise between a fully electric driving experience and the flexibility of a gas engine. This is a recipe the most notorious electro-hybrid vehicle on the market has already figured out. It’s hard to believe the Chevrolet Volt is an innovation of this decade and that it has been around for less than ten years – it’s like it’s always been part of the family. For 2017, the model is well into a second generation that has received significant improvements. One thing that hasn’t changed though, is its branding as an electric car, one I continue to consider debatable.

If we’re going to get technical, the Volt is an electric vehicle equipped with a gasoline-powered range extender. The major difference is that the gas engine, in this case, does not power the wheels – the electric powerhouse does all the work. All the generator does is feed more electricity to the electric engine when it runs out, which is rather quickly compared to other EVs. Standard hybrids rely on both powertrains to spin the wheels around and around.  Granted, the all-electric range has been boosted on the new-generation Volt, going from about 30 km to closer to 85, a welcome improvement if your daily commute is within that range, meaning you can potentially drive gas free for weeks on end. 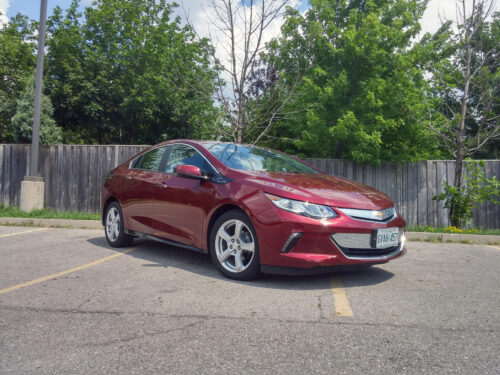 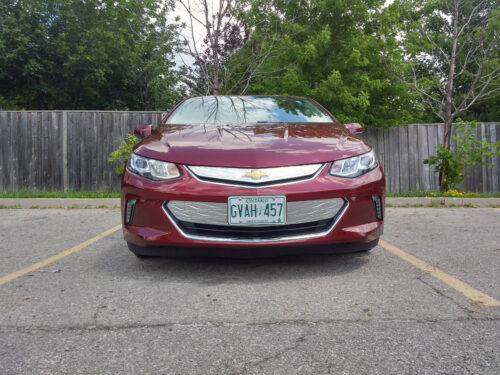 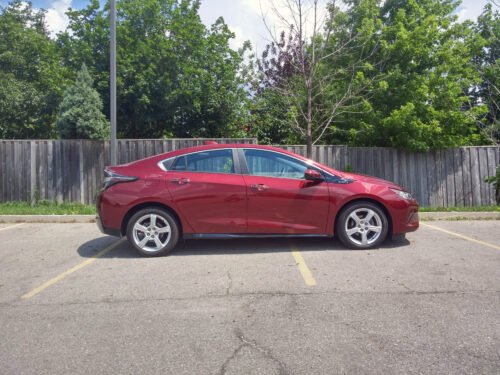 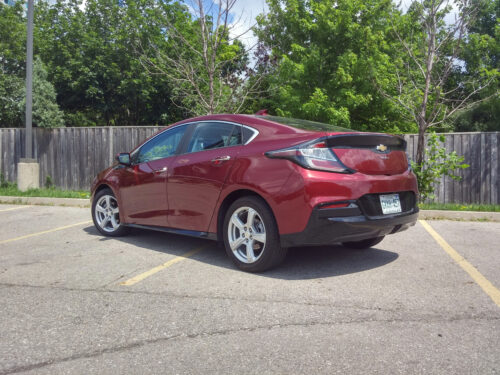 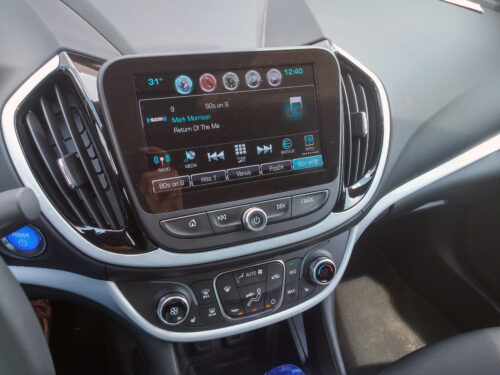 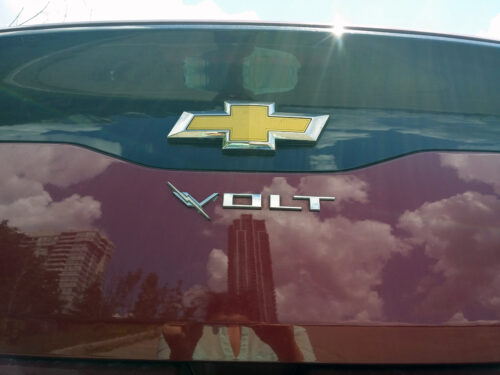 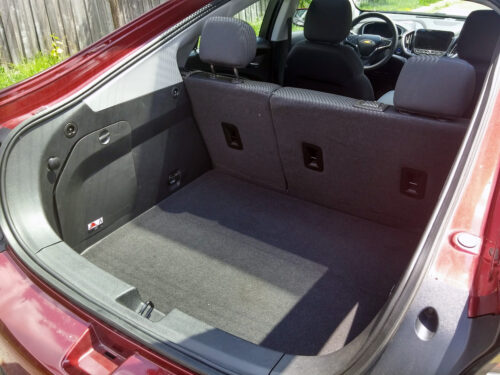 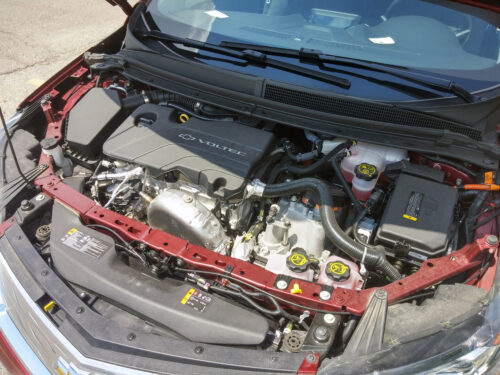 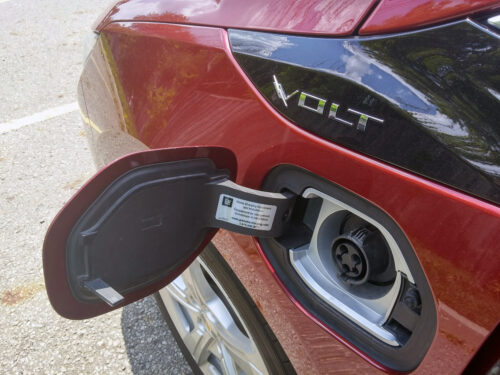 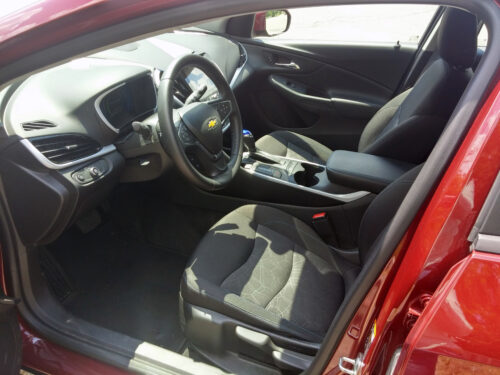 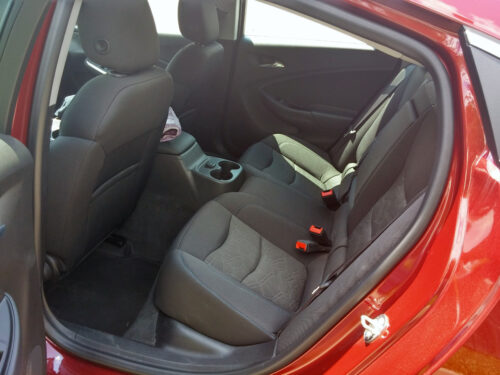 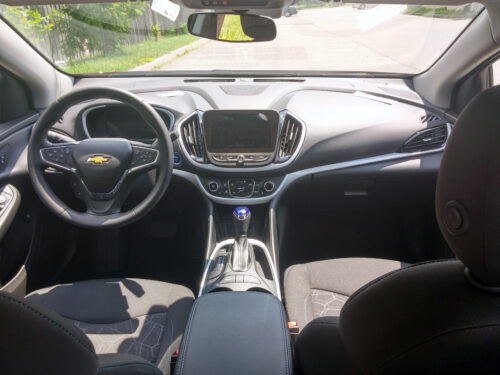 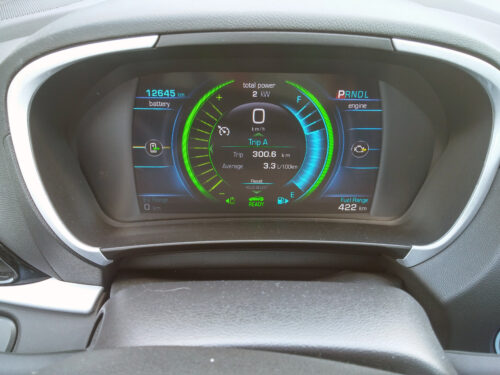 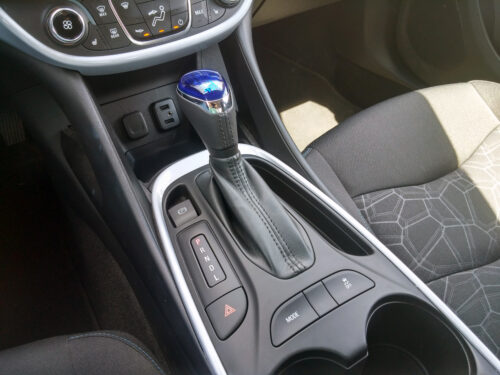 Granted, the all-electric range has been boosted on the new-generation Volt, going from about 30 km to closer to 85. This is a welcomed improvement if your daily commute is within that range, meaning you can potentially drive gas free for weeks on end. But that range is nowhere near what we now see on the market and 200 clicks – or 300 if you stay in the Chevy family – are becoming the new 120, which is why I always question the Volt’s nomination as an EV.

To a certain extent, I am willing to admit that the Volt can be an electric vehicle. But it is also a hybrid – it all comes down to how you drive it. If you have the possibility of plugging your car in at night to wake up to a full charge – which takes up to 4.5 hours to attain with a 240-volt level 2 charger, according to the manufacturer – then you get to take advantage of its full electric range on a daily basis. In this case it actually works well as an EV. On a standard 120-volt outlet, charging time increases to 13 hours.

In my case, however, living in an apartment building in a city where charging infrastructures still have a way to go, I had to drive the Volt like a hybrid, meaning I relied heavily on the gas engine – sorry, generator. Despite my reality, the car still managed an impressive 3.3L/100km average consumption which, all things considered, is still a really good deal. The powertrain combines an 18.4 kWh lithium-ion battery pack to a 1.5L Ecotec “range extender”. Together, they put out 149 hp and an impressive 294 lb-ft of torque, the God-given gift of electric vehicles.

With the new generation introduced last year came a new, better-looking design that adopted Chevrolet’s return to a more masculine treatment of lines. The silhouette is a lot less boxy and the ugly tailgate design has been replaced with a more modern and sophisticated one. To put it gently, until 2015, you knew something was up with that car, even if you didn’t know what, and not the good kind of up. Like the Honda Insight – it was a little on the “special” side. Now, it looks like a normal car sporting an elegant new design.

I’m not a fan of the electric car gimmick. Some models have been made to look like environment’s best friend with a futuristic interior design, bright colors, almost with an aura of goodness emanating from within that make it look like you’re visiting the Montreal Biodome in car form, minus the monkeys and tropical birds. Other electric models have been designed to look like, well, actual cars and that’s the category the Chevrolet Volt falls in. It doesn’t rub in your face the fact that it’s actually making an effort to be emission free. If you didn’t know you were buying an electric vehicle, its looks wouldn’t be a dead give away.

The Volt comes equipped with all the standard features that include keyless access, cruise control, wheel-mounted controls, heated seats, infotainment system with eight-inch touchscreen, satellite radio and 4G LTE WiFi hotspot, Apple CarPlay and Android Auto, and such. Again, the movement towards the elimination of a proper navigation system has reached Chevrolet and the Volt is devoided of one unless you wish to call OnStar every time you need directions. With Apple CarPlay and Android Auto, the car’s computer turns into an extension of your smartphone, allowing you to access navigation using an app. You can then choose to use your cellphone data or GM’s 4G network. The perk of this new way of doing things is that updates are done directly through the device, no more need for a manufacturer-sent CD or chip to update your GPS maps. The down side is that you pay for the data.

The interior quality is decent, a lot of soft-to-the-touch materials and textured surfaces create a harmonious ensemble. Assembly, however, is wonky – some parts do look slightly ill fitted. Considering we are looking at a $40k+ vehicle, I find that unforgivable.

Interior space is comfortable, but not on the large side. Keep in mind that a massive tunnel crosses the cabin through and through, leaving space for only three passengers and the driver. Cargo space isn’t stellar either: the floor of the trunk is rather high and the sloping hatch line cuts into space. Not all three passengers will be allowed a suitcase. Compared to other hybrids currently on the market, the Volt is average meaning that some hybrids actually do a lot worst in terms of space organization so this one shouldn’t be a complete write-off.

On the bright side, in Ontario, the Chevrolet Volt will seek up to $14,000 in purchase incentives – a give back that varies in the other provinces. For under $30,000 the Volt becomes an extremely interesting option, making its flaws easier to stomach.