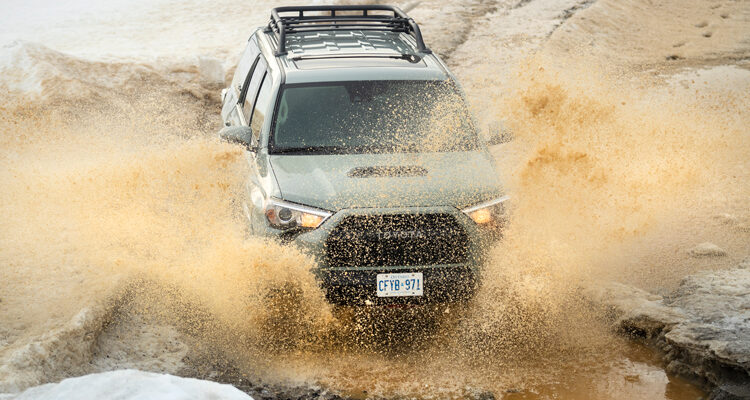 Six Laps Through A Half-Frozen Swamp

There are a few certainties in life: death, taxes, and the utter lack of ability to predict Canadian weather in March.

The intention is stout enough: drive to Calabogie Motorsports Park, about an hour east of Ottawa, to test a variety of Toyota vehicles and compare their all-wheel drive systems in snowy conditions. This part of the province sees routinely brutal winters and often stays frigid well into April. Banking on having snow to play in halfway through March seems like a safe bet.

Unfortunately, the best laid plans can never include consultations with Mother Nature, which is how I find myself lapping what is meant to be a snow-covered quarry but instead is closer to a gravel-bottomed swamp on an anomaly of a day when the temperature hits a balmy 15 degrees.

In a way, it was fortuitous in that the whole experience is more educational than intended. With some low speed and controlled throttle to avoid flooding the engine compartments, our test drives take us successfully up some dirt-covered hills, through the ice and slush that still stands on higher ground, then back down to the bottom of a quarry pit where our test vehicles are traversing roughly 20 centimetres of standing water sitting on top of loose gravel.

Until taking six laps through in these six vehicles myself, I would not have assumed that all of them could make it through these conditions, but they all emerge relatively unscathed – yes, even the minivan. Mostly.

The first vehicle I take through the quagmire is the one that would most likely be the number one choice for drivers who expect to tackle these sorts of conditions frequently, the Toyota 4Runner. This is one of the few body-on-frame SUVs left on the market, and the combination of 24.5 centimetres of ground clearance and part-time four-wheel drive make this one of the more capable off-roading SUVs around. Perhaps more surprising is the fact that the 4Runner has not been substantially updated in more than a decade, and yet Toyota has made enough styling and technology updates to the interior that it does not come across as dated as some vehicles of similar age. It is confidence-inspiring all around, but that was never going to be a surprise.

The same goes for the Toyota RAV4 TRD Off-Road, which would likely be the second choice for those choosing a vehicle for these conditions from among this line-up. With a torque-vectoring mechanical all-wheel drive system with rear driveline disconnect, slightly more ground clearance than most RAV4 models at 21.7 centimetres, and TRD package add-ons like an off-road tuned suspension and a TRD skid plate, this is a compact SUV one buys with the expectation of leaving pavement.

The Toyota Highlander is no slouch, either. There are no bells or whistles on the gas-powered model being tested here; this is the XSE model, which means that there are none of the TRD add-ons. However, it does sport the same torque-vectoring mechanical all-wheel drive system, which can distribute the torque being sent to the rear axle to either the left or right wheel as needed to improve traction. Add on 20.4 centimetres of ground clearance, and the Highlander has what it needs to get the job done.

At this point in the list, things begin to get a bit dicey – or so one might think. The Toyota Venza mid-size two-row SUV is returning for 2021 after a four-year hiatus, and this time around it is being sold exclusively with a hybrid powertrain. This offers numerous benefits including improved fuel efficiency, but having a battery mounted in the middle of the undercarriage means that an all-wheel drive system using a mechanical driveshaft is not an option. Instead, Toyota mounts an electric motor at the rear axle to deliver power as needed for traction, which creates an electronic all-wheel drive system. This might lead an observer to question whether such a system is less capable or more fragile in these sorts of conditions. This test drive shows this not to be the case: the Venza gets through the same mud, ice, loose gravel, and water as every other vehicle in the rotation with nary a sidestep, even given its lower 19.5 centimetres of ground clearance. In fact, in some conditions such as going up a low-traction hill, the instant response of the electric motor makes this system feel a titch more eager and responsive.

And what about a plug-in hybrid? The Toyota RAV4 Prime has been earning attention for its 68-kilometre electric range and pricing that allows it to qualify for federal zero-emission vehicle incentives as well as those in provinces where they exist. Some drivers may assume those benefits come with some loss of capability in conditions such as these, but a run through the test course shows these concerns to be unfounded. With the same eAWD system found on the Venza, 19 centimetres of ground clearance on this XSE grade (though the entry-level SE grade sees that reduced to 18 centimetres), and a combined system output of 302 horsepower making it the most powerful RAV4 in the line-up, the RAV4 Prime carves through these conditions without missing a beat.

The final test drive is the one that raises the most eyebrows. Are we really taking a Toyota Sienna minivan… through this? Testing it thoroughly is encouraged, and given that the exclusively hybrid powertrain is very similar to that of the Venza, there’s little reason to believe it should perform differently. This is the only vehicle that creates even a hint of concern on the test drive: while fording through the same water as in the rest of the rotation, I drive over a submerged rock and hear a light clunk reverberate through the front suspension. No harm done, but it does demonstrate why 16.2 centimetres of ground clearance might give some Canadian drivers pause despite the many upsides to Toyota’s recently redesigned Sienna as an all-around excellent family vehicle. It’s not that many of us find ourselves in flooded gravel pits all that often, of course, but people do tend to buy vehicles for the what-ifs.

After this unintentionally rigorous test, the point is well-made: electrification improves fuel efficiency, and for all but the most challenging of conditions, it can be had without compromise to performance. 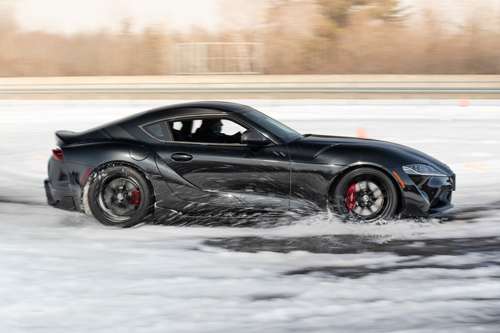 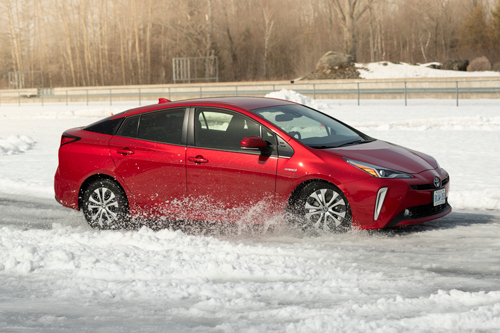 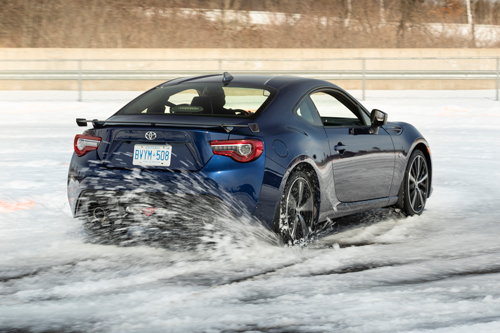