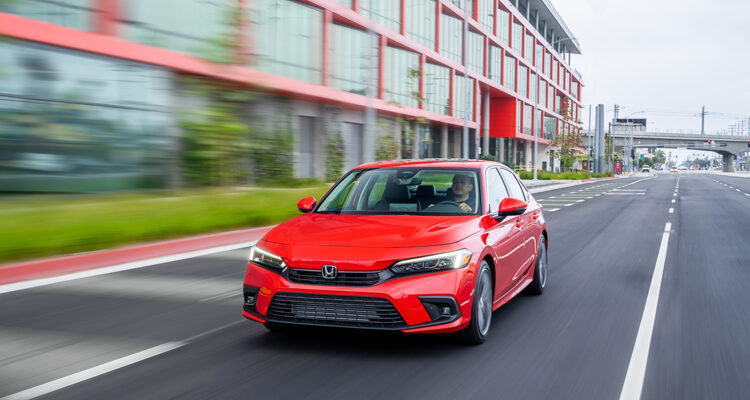 The Honda Civic has been Canada’s best-selling car for 24 straight years and if my recent test of the 2022 version of this very popular vehicle is any indication, it is not about to be dethroned.

Having owned two Civics (several generations ago), it is a model I have always appreciated, and the latest iteration of the model is well worthy of the praise it is receiving.

It has a little bit of something for everyone, with sedan or hatchback versions, as well as the Si and Type R sport models.

For our test of the sedan version, I was behind the wheel of the 2022 Civic Touring, the top trim other than the Si version.

The Civic starts at $26,280 for a base LX trim, while the Touring costs $32,902 with a few extras such as $522 for the all-season protection package that included mats for the cabin floor and trunk.

That is in addition to an already well-equipped vehicle that also looks very good inside and out.

It is paired to a continuously variable transmission that does not drive me bonkers! It’s quite a good setup from Honda and the power delivery is excellent, resulting in a sprightly performance.

The engine features start/stop technology, and an Eco mode for improved fuel efficiency.

Exterior: The redesigned Civic is a really nice-looking car and Honda has certainly put all of the odds on its side when it comes to retaining its title as the country’s top seller in its segment.

It’s a more mature look than in the past, and the Civic looks a lot bigger than it really is thanks to the longer hood and other touches.

The fascia is quite wide, with a dual-level grille, LED headlights and fog lights at the lower corners.

At the rear, the window is raked backward, and the large wraparound taillights also give the Civic a wider appearance.

The exterior look is capped by a set of 18-inch aluminum-alloy wheels featuring shark-grey inserts.

Interior: The inside of the Civic is equally attractive and quite surprising to me.

The first thing that jumped out to me was the treatment for the air vents, which are nicely disguised behind a mesh-like grille that runs the width of the dashboard. This is a nice combination of form and function, and I really love it.

The cabin itself is comfortable and well thought out, featuring leather seating in the Touring, as well as heated front and rear seats, and a heated steering wheel.

Back seat passengers are also greeted by a good amount of space for head and legroom.

It also comes with a 12-speaker Bose premium sound system, including a subwoofer, resulting in some sweet sounds in this sedan. And it’s compatible with wireless Apple CarPlay and Android Auto, as well as wireless charging.

Drive: With the larger engine in the Touring trim, there is no shortage of power when driving around. Acceleration is excellent, and the transmission does a good job.

It handles well and the ride is quite comfortable, and the cabin is kept quiet from outside noise even under hard acceleration.

The Civic always feels stable and under control thanks to the suspension tuning, the steering responsiveness is excellent, and it just eats up highway kilometres with ease. 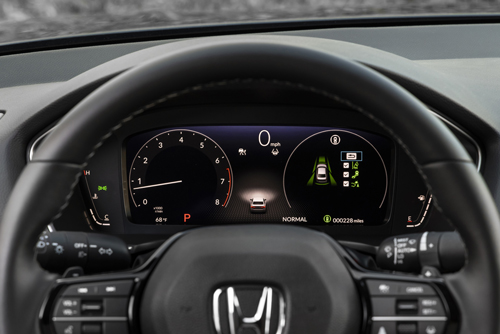 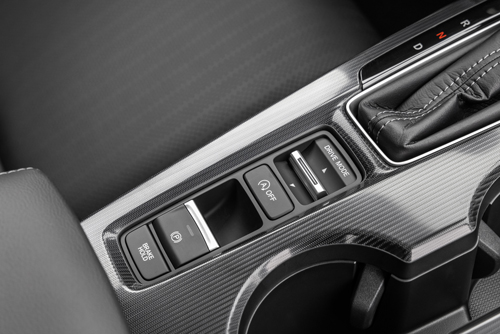 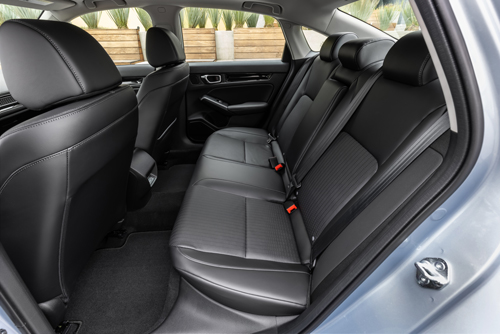 Conclusion: It is pretty obvious that the latest generation of the Honda Civic will continue to be a dominant player in the Canadian market despite the continuing onslaught of crossover models. Despite their rise over the last 10 years or so, the Civic remains a favourite vehicle and for good reason.

This generation looks great, the more powerful engine in the Touring model is no slouch and the cabin is bound to be a difference maker for anyone who might have been considering something other than the Civic.