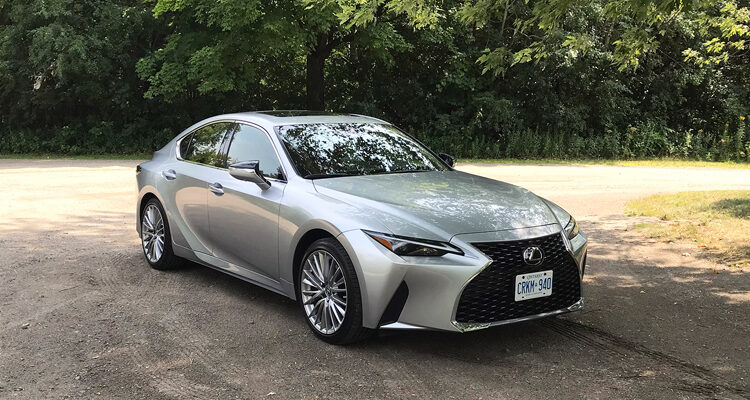 Those in search of a luxury sport sedan have a wide range of choices on the market these days, from long-standing nameplates to relative newcomers.

That list includes the Lexus IS 300 AWD, a model that has been around for years and is now in its third generation. For 2021, it received a host of upgrades to allow it to better compete against some of the other available models.

Those upgrades include new styling, increased safety feature through the Lexus Safety System+ 2.5, Apple CarPlay and Android Auto as standard features, and upgrades to the underpinnings for improved driving performance.

Pricing for the IS 300 AWD starts at $43,300 with a host of available packages you can add. The tester came with the Ultra Luxury Package ($7,600) that includes a long list of items such as power moonroof, heated steering wheel, heated and ventilated front seats, navigation system, 10.3-inch display screen, 19-inch alloy wheels, adaptive lighting. and a 17-Speaker Mark Levinson premium audio system, and more.

Powertrain: The IS 300 AWD is powered by a 3.5-litre V6 which does a good job producing 260 horsepower and 236 ft-lb of torque. It isn’t power that will blow your socks off, but it isn’t a slouch either.

Where things could use some improvement is on the transmission side since the six-speed automatic is pretty lacklustre and does nothing to make the IS feel like the sports sedan it claims to be. There’s some sluggishness to the transmission’s response that dampens the driving feel.

In terms of fuel economy, I came pretty close to hitting the estimated combined average of 10.8 litres per 100 kilometres with my 11.7 L/100 km average. 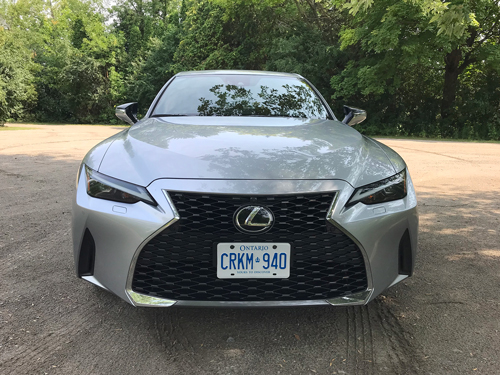 Exterior: One thing the IS has going for it is its looks. The redesign for 2021 includes a new spindle grille that features three-dimensional elements that sits nicely between the slender headlamps. The daytime running lights feature a sharp L-shape signature.

The upward sweeping lights blend into the side character line, which leads the eye all the way to the rear of the vehicle where you will find wraparound taillights that includes a lightbar across the entire rear.

The exterior sheet metal underwent a revamp that enhances the overall sporty look of the IS, including lower and wider proportions.

Lexus also introduced some new exterior colours for the IS in 2021, including the Iridium on our tester, as well as Cloudburst Gray, Infrared (F Sport option only) and Grecian Water.

Interior: The cabin of the IS we drove certainly stood out thanks to the Rioja Red colour of the NuLuxe in the cabin, including the comfortable front seats.

When combined with a quiet cabin, the driving experience is enjoyable, including an excellent driving position.

While some automakers have gone out of there way to remove as may buttons as possible for a “sleek” look, the IS still has some tried and true controls that make it easy to change settings on the ventilation system, tune the radio or activate the heated/cooled seats.

Of course, there’s also a lot of stuff that can be controlled via the infotainment screen and the Lexus touchpad, so there’s a mix of both in the IS.

While I can appreciate the simplicity of most controls, Lexus really should look at modifying the way in which you activate and set the cruise control. The rather stubby and out of the way lever on the steering wheel is screaming for an upgrade.

Infotainment: For the 2021 model year, you have the option between an 8-inch standard infotainment screen or the 10.3-inch version that was part of the options on our tester – which would be my preference.

They have positioned it closer to the driver, which is great, and even better is the fact that it offers touchscreen capability – which I much preferred over the rather cumbersome touchpad, which I used sparingly during my week with the sedan. Makes me wonder if it has reached its usefulness.

That being said, the system itself is still a little clunky and tough to navigate, so an upgrade there would also be welcome to make it little more intuitive.

As mentioned earlier, the system is thankfully now compatible with Apple CarPlay and Android Auto.

Drive: Many of the changes made to the IS 300 by Lexus are out of sight, such as the improved body rigidity and tweaked suspension.

But they do pay off in helping to reduce vibration and noise, while also improving handling for the IS.

These tweaks make it so that inside the cabin, the occupants are treated to a smooth ride. I also found that the steering response was excellent.

The IS 300 AWD also offers several drive modes, from Eco, Normal and Sport mode depending on your mood. I found that in Sport mode, the IS 300 lived up much better to the sport sedan it claims to be, that’s for sure. Under Normal settings, the sedan is a little more sedate but for everyday driving, it is a pleasant setup. 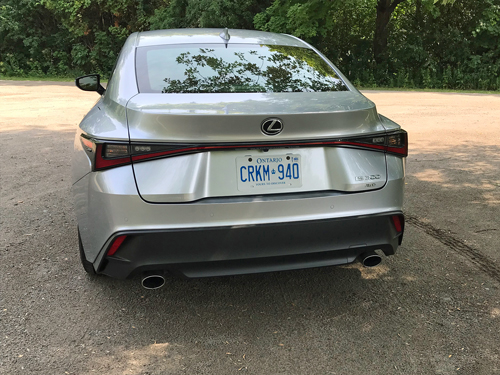 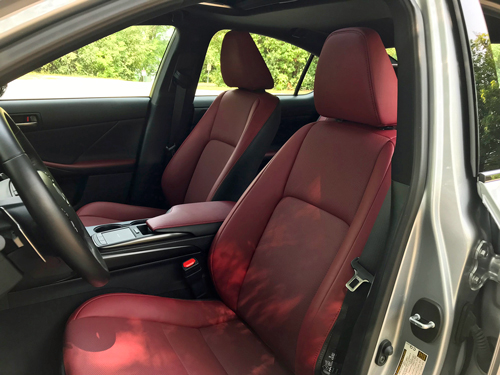 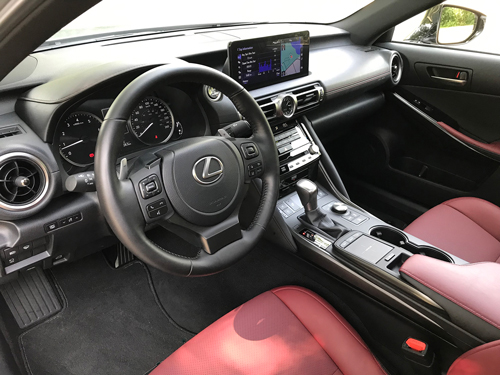 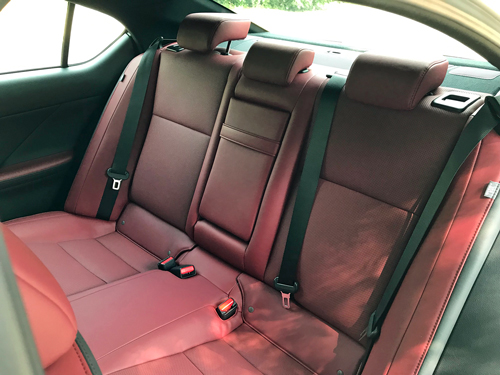 Conclusion: Lexus has done it’s best to make the IS a valiant contender in what is a very competitive segment.

From where I stand, they have certainly done enough in terms of looks because I feel that the IS 300 AWD is very easy on the eyes, even though that spindle grille is a contentious design element. But it has certainly grown on me the more I see it.

In terms of drive, the IS 300 AWD has a lot of good points, but a recent test of the Genesis G70 set the bar a little bit higher in terms of the experience when behind the wheel.

Lexus does have a long history of developing good vehicles and the IS 300 AWD is no exception, but it does face very stiff competition.