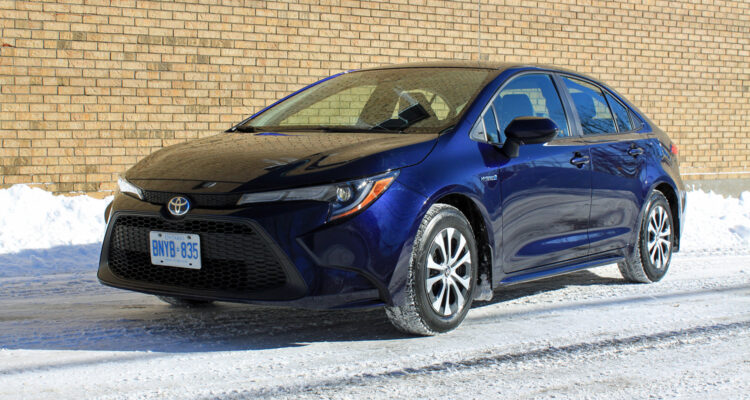 As if giving the Toyota Corolla a total redesign that vastly improves its looks and features wasn’t enough, the Japanese automaker has one more trick up its sleeve.

For the 2020 model year, Toyota has also unveiled a new hybrid version of the Corolla, which we had a chance to drive just a few short weeks after testing the Corolla XSE.

There was already a lot to like about the redesigned Corolla, so a hybrid version almost seems like a bonus.

And with a starting price of $26,959, the Corolla hybrid is reasonably priced and comes pretty well equipped.

Even with the optional Premium Package adding $2,000 to the bottom line, it’s still a good deal.

Under the hood is a 1.8-litre inline 4-cylinder engine that is paired with Toyota’s new generation of the hybrid synergy drive. Power output is listed at a combined 121 horsepower and 105 ft-lb of torque. The system also uses an electronically controlled continuously variable transmission. 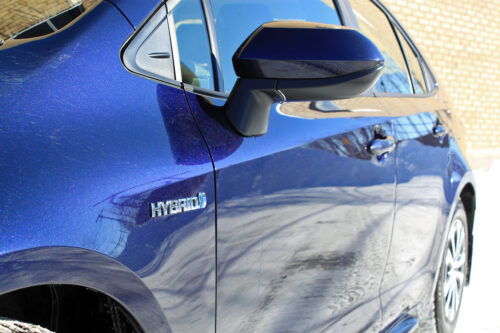 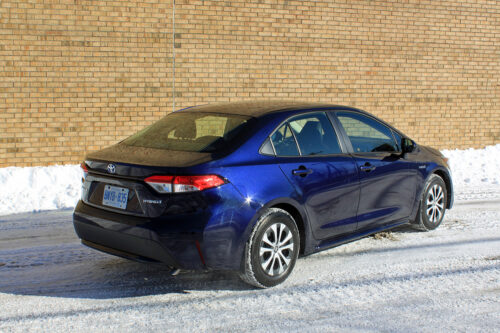 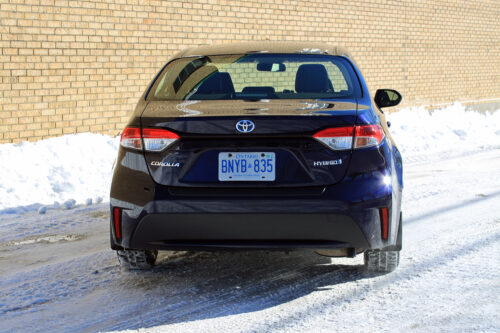 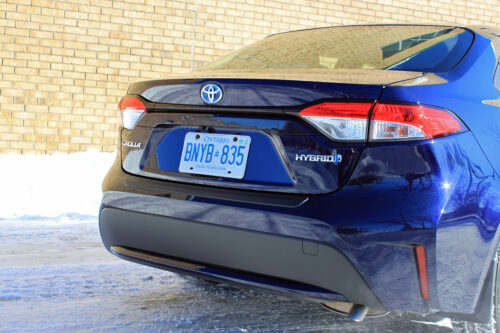 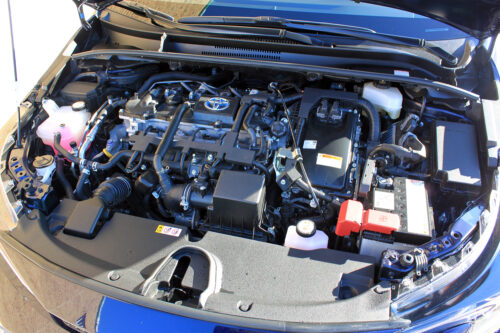 Fuel efficiency for the Corolla hybrid is estimated to be a combined 4.5 litres per 100 kilometres and while my weekly average worked out to 5.5 L/100 km, it was still very respectable.

From the outside, the hybrid version of the Corolla is very similar to its gasoline-only stablemate.

There are some subtle differences to the front fascia, notably the lower grille treatment.

There’s very little difference at the back, although the hybrid does lose the spoiler on the lip of the trunk lid.

With the premium package on our tester, the interior of the Corolla hybrid is actually very nice, benefiting from the leather seating for sure.

It’s a very spacious cabin for a vehicle this size, helped by the new foundation on which it is built – the Toyota New Global Architecture platform – and the fact that the battery pack does not eat into the interior space in any way.

Perhaps it’s the extra features of the premium package, but the interior feels more luxurious than you would expect for the Corolla.

With piano black accents on the dash and contrast stitching on the seats, it’s has a nice overall look and feel.

The layout is clean, with minimal buttons and dials, further enhancing that feeling.

And to help you get the most out of the hybrid system, the 7-inch multi-information display in the dash includes an ECO accelerator guide for those who have a habit of having a heavy foot!

The infotainment system also benefits from a nice large screen – 8 inches – and it provides a clear display of all your information. It is compatible with Apple CarPlay and Amazon Alexa, while also offering a Wi-Fi hot spot and GPS navigation.

The system itself works well and is simple to operate, and the display is customizable in allowing you to add favourite contacts to the phone screen for quick access to key numbers.

Overall, the Corolla Hybrid offers a good driving experience if you have realistic expectations of what the vehicle can do. 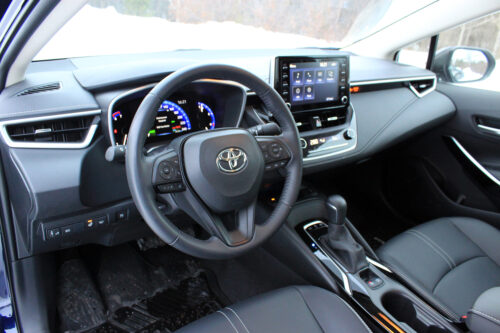 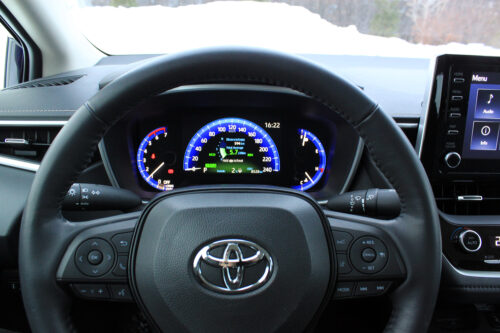 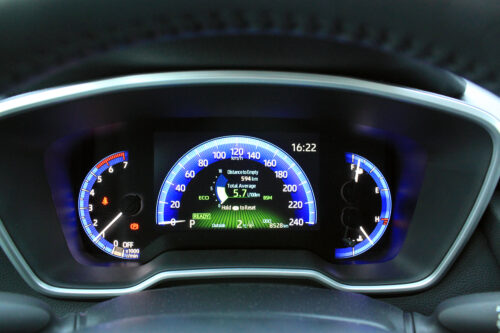 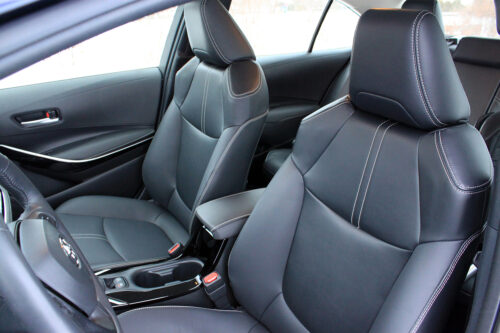 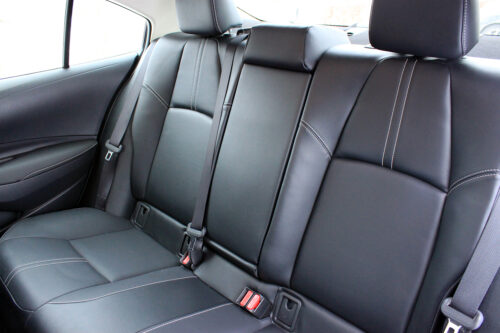 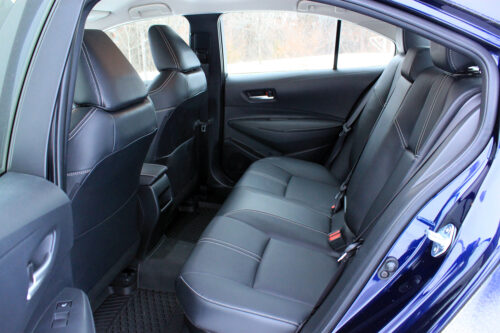 It is designed for efficiency, not land speed records, so drive it the right way and it will be pleasant – and rewarding at the gas pump.

There are three drive settings for the Corolla Hybrid – Normal, Eco and Sport.

In Sport mode, you will obviously benefit from more power and quicker acceleration.

Eco mode, as one would expect, is the most efficient of the three as it limits how quickly you can accelerate, but the Normal setting is a good balance between the two worlds.

Toyota knows a thing or two about hybrid systems, and the Corolla Hybrid is a real winner in my view.

And the fact that the hybrid version of the Corolla is less expensive that a Corolla XSE we tested recently, my money would go toward the hybrid, even though it may be a little less fun on the road.