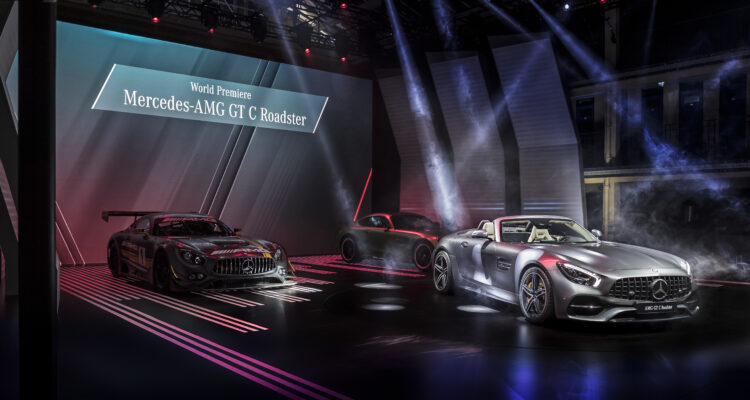 Aaah… Paris! Romantic city extraordinaire, French megalopolis and host of the first car show of the 2016-2017 season, kick-starting a six-month marathon of unveils and events. This year, electric vehicles were at the center of many manufacturers’ strategy. But there was still plenty of room left for octanes. The show stoppers were numerous; some were expected, others were not. Out of all the fantastic sights in the City of Lights, we decided to handpick five of our favorite and/or most promising models that took the stage of the 2016 Paris Auto Show.

Yes. This is the Micra. Surprised? So are we. Between a less-than a $10k price tag that makes it the cheapest car in Canada and a popular model-dedicated racing series meant to prove how reliable it can actually be, the Nissan Micra‘s popularity has been on the rise in the withering subcompact segment. The terms “sexy” and “good-looking” have never quite applied to the model that banked on a cutesy, bug-eye look instead for more “aaawws” than “wows”. Until now.

Nissan took the Paris stage with an unrecognizable new iteration of the Micra. Taking after the modernized lineup, the new Micra looks… sexy. Sporting a redesigned front grille with a new headlamp design, strong character lines and a floating roof silhouette, the new Micra has definitely upped the wow factor. Add a variety of peppy colors, a six-speaker Bose sound system — including two embedded in the headrests — and this upcoming generation is extremely promising.

What do you do when you’re stuck in an emission scandal? Turn to zero-emission and presto, problem solved! Aiming for 2020, Volkswagen plans on introducing a series of fully electric, zero-emission vehicles. 2020 is quite a while away, so in the meantime, VW has unveiled a first concept inspired by those electric ambitions; introducing the I.D.
Of course the new-generation e-Golf will launch in November, but with a 130-km range, it’s more of a compromise for the Californian market than a serious green plan. One we won’t see north of the border. The I.D., and any other models it will inspire, will be meant as a much more serious competitor in the realm of all-electric vehicles, thanks to a 300-kilometer range. It will also feature technologies such as hand gesture controls, automated I.D. Pilot driving and such. It will also be underlined by the new MEB (Modular Electric Drive) kit.

The Honda Civic hatchback has been sorely missed since it was removed from the Canadian market about fifteen years ago. Boy did we get excited when the maker announced that 2016 would see the return of the five-door version of the model. The hatchback was a popular model back in 1990-something, during the sixth-gen era of the model. Four generations later, the hatchback will finally join the lineup once more in Canada as the third available version of the Civic. This iteration of the model will also be the first one to receive the new 1.5L turbo engine-and-six-speed manual transmission combo (until now, only the CVT was offered with the sportier engine).

Alongside the new hatch, Honda also officially unveiled the prototype of their super-hot hatch: the upcoming Civic Type R, a boisterous 300-hp beat that will measure up to the Focus RS and Golf R of the world.

What a lovely way to learn the alphabet. The GT R, that reigns at the top of the category, will receive more loyal subjects. The silver-star stage was well crowded with the new AMG GT Roadster and AMG GT C Roadster. If you can believe it, there is actually an entry-level into the AMG GT family, and that would be the “plain”, modestly powered GT Roadster, equipped with a 4.0L twin-turbo V8 rated at 469 hp.

The C will sit between the S and the R, churning out 500 hp and 502 lb-ft of torque. It is considered an upgrade from the basic GT thanks to 57 mm wider rear portion and the AMG Ride Control suspension.

Sharing the stage with the show-stopping roadsters was the new GLC — formerly GLK — 43 4MATIC Coupé. Because SUVs need a sloping roofline. Following in BMW’s steps, Mercedes has started tapping into the weird coupe SUV/crossover category. This one comes equipped with a 3.0L bi-turbo V6 pushing 367 hp with 4MATIC all-wheel drive and the Air Body Control-inspired sport suspension.

Sure, the fourth-generation of the Kia Rio was unveiled with an updated, more aggressive look and with a now-available three-cylinder turbo engine. We have yet to find out what the North American specs will be and whether we will get the turbocharged Rio. However, the new 200-plus hp ,1.6L turbo Kia Soul SX is what has retained our attention. This Soul is expected to do the 0-100 km/h run in 7.8 seconds and reach a top speed of 200 km/h.  It will also sport an updated look — along with the rest of the Soul lineup — for a more muscular appearance. The SX trim will feature a bolder design with a more aggressive grille design and red accents. It will also receive a flat-bottom steering wheel and a seven-speed double-clutch transmission, unique to the SX version. 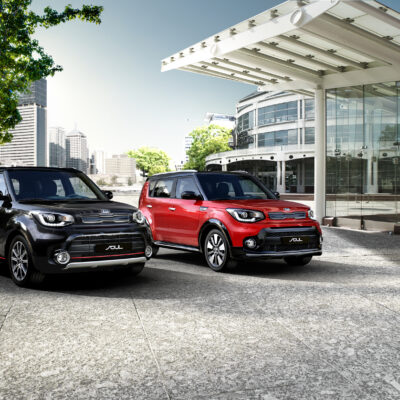 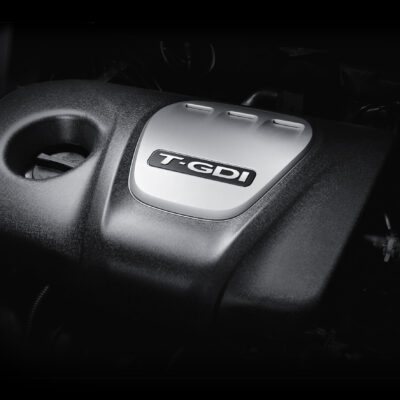 What were your favorite picks from the 2016 Paris Auto Show?