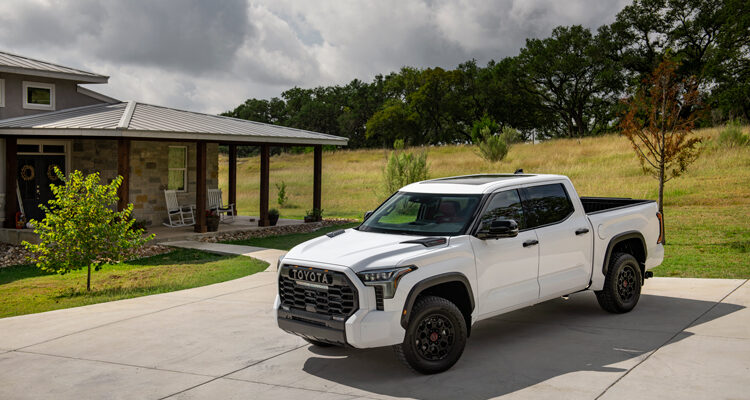 Moving homes is always a fascinating exercise in problem-solving.

Last year, I wrote a set of blogs for this site about helping move a millennial, my daughter, across much of the country for postgrad studies, in the middle of a COVID wave. Last week, I helped move the same daughter and her partner from our home to their new one, 2km down some local one-way roads. And we faced and solved a few interesting problems.

The first? I drive a MINI. I borrowed a 2022 Toyota Tundra pickup truck and decided to write about it.

We completed the moving of the actual belongings gradually over 2 1/2 days — for assorted reasons, none of which was a 3-hour brunch. But this experience was as much about the journey and the vehicle as the destination. So, let’s talk about all 3!

My daughter and her partner have among the most millennial of jobs you can imagine: she leads cycling day-camps for inner-city youth; he’s a cycling racer, specialist consultant and, functionally, an influencer. Indeed, his opinion influenced my decision to buy a new bike, last month, as part of the physiotherapy I’m undergoing, following a recent emergency hip replacement operation.

They bike. A lot.

The cycling distance from our home to Toyota HQ in Scarborough, Ontario, gradually uphill mostly, is 28km if you choose to favour Toronto’s many car-free paths. On a hot summer morning, we rode there to fetch the Tundra, bungeeing our rides into the cargo bed. (We did the same in reverse, when returning this hefty pickup 2 days later.)

As of 2022, the Tundra comes with a protective resin-coated cargo bed, standard.

Between the bikes and a few exposed steely objects, from lamps to retro medicine cabinets, scratching would’ve been a possibility in older Tundra models. Not now with the rugged resin layer.

Spoiler alert: Driving on Toronto highways in any weather during the summer and at any time of day is hellish. Which highlights another improvement to the 2022 Tundra: the standard inclusion of Toyota Safety Sense 2.5. It’s a suite of safety features whose warning beeps and flashing alarms announcing lane borders and encroaching vehicles are mixed blessings if you’re an enthusiastic driver in hellacious conditions.

You can always turn the Safety Sense’s noisy nudges and nanny controls off.

You just need to bother to learn where to dig within the multimedia 14-inch touchscreen’s many pages and rabbit holes. I elect to accept the beeps and auto-braking intervention during the short trips we’ll be making.

Which proves to be a (albeit small) curse in disguise. We’ll explore that soon. First, we arrive with the truck, chez Steve, facing our first complication.

The Tundra is huge: 19 ½ feet long, over 6 ½ feet with the mirrors extended, and 6 ½ feet high. Note the photo. The overhead passage to my parking pad used to crap out at just over 6.5 feet. Over the years, it’s buckled, losing another inch or so. Meaning?

The Tundra won’t fit on our parking pad without removing or scraping the grooves off the roof.

We can’t park. But that’s not as great an obstacle as it sounds. School’s out down the road. Instead of hacksawing the roof off, we can sneak the Tundra there overnight a couple of times before returning it.

We avoid the parking pad and load up on the sidewalk in front of the house. Over those coming 2-something days, the Tundra never ceases to remind us that it’s plenty of truck for any task.

Again, you can turn these things off.

Or let your ass-end encroach — it is nearly 20 feet behind you — when loading and unloading around sidewalks and lanes.

Another effective demonstration of the Tundra’s girth? We complete the transferal of all millennial goods in just 4 trips; they packed smartly. Yes, it’s big but, after years of moving too often, they’ve learned to travel light. 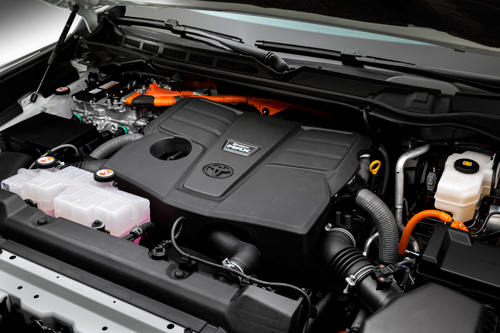 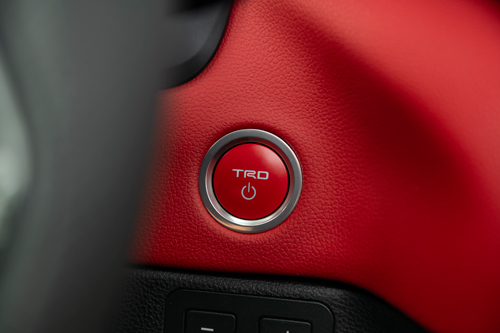 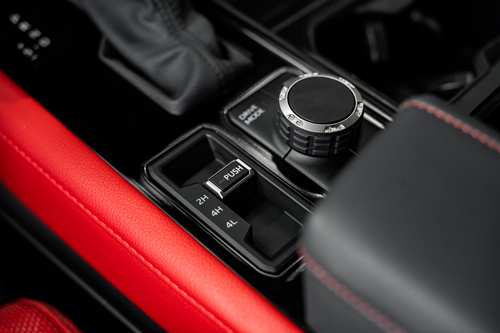 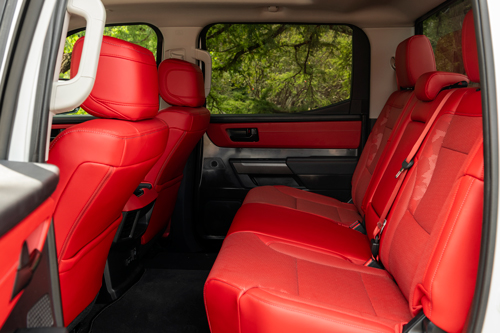 Not that the all-new 3.5L twin turbo V6 engine with its towing capacity of 12-thousand pounds wasn’t welcome, we just didn’t need all that power! (Even transporting all the bikes.) Returning the Tundra, however, on the 25km drive up TO’s hellish highways, I did welcome the 389hp and spry 479-lb of torque.

Throughout the nearly 3 days, we didn’t use half even a tank. The total cost in fuel was just over $40. The millennial couple was deeply, repeatedly grateful, and look forward to solving their next batch of complications.