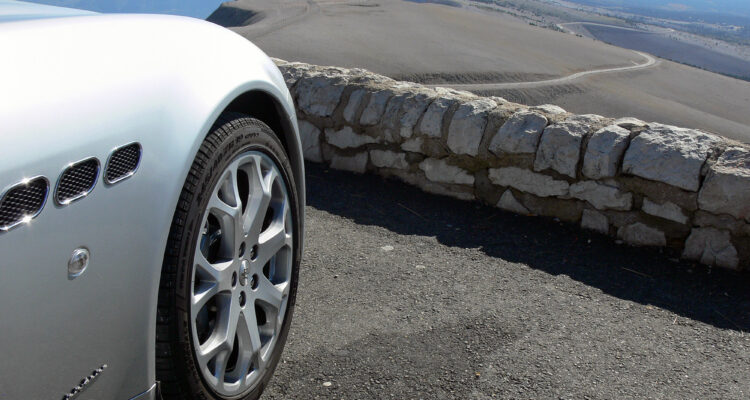 The road was slick with morning dew as we approached Mont Ventoux from the small town of Modene in southern France. Riders seeking the ultimate cycling challenge are faced with a painstaking climb of 1,912 meters to the summit, followed by a wind-whistling descent to the bottom. Famous as the scene for one of the most grueling stages in the Tour de France, racers have ascended the mountain thirteen times since 1951. In 2009, it will again play host as the second last stage in the race for cycling supremacy.

Ten minutes into the ascent, I discovered muscles in my forearms and lower legs I never knew existed. Corners passed by in steady succession, numbing my brain to the sting of fatigue and lack of oxygen. On occasion, the pace was quick enough to cause my eyes to water. Other times, the way up was so slow, I shed a tear at the thought of how much was still yet to go.

It was one of the happiest moments of my life! 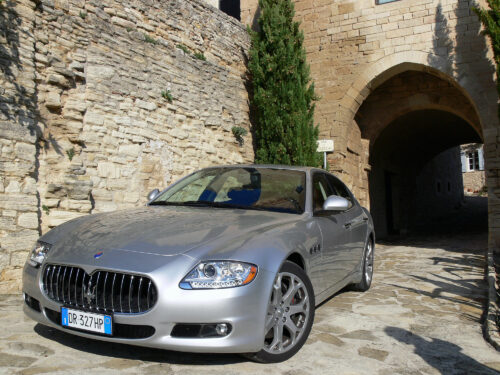 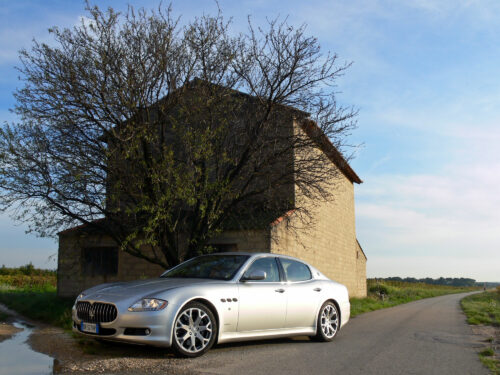 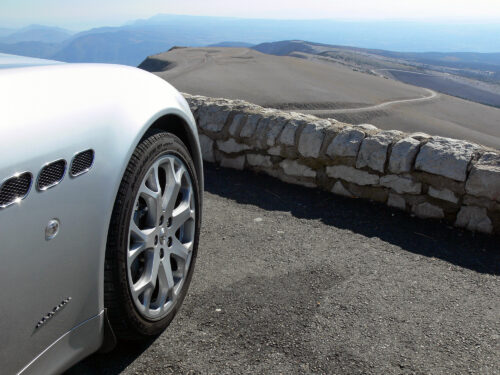 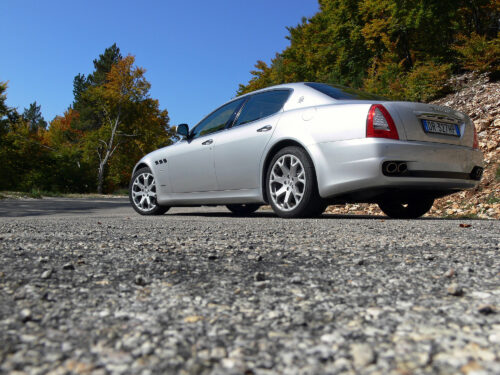 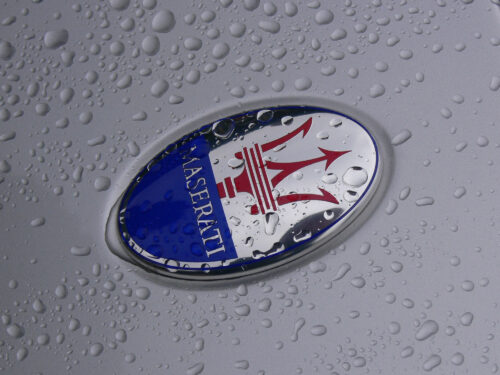 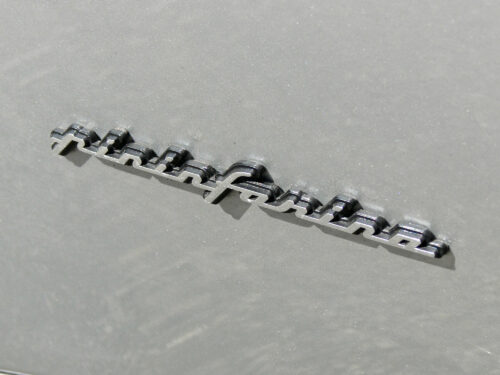 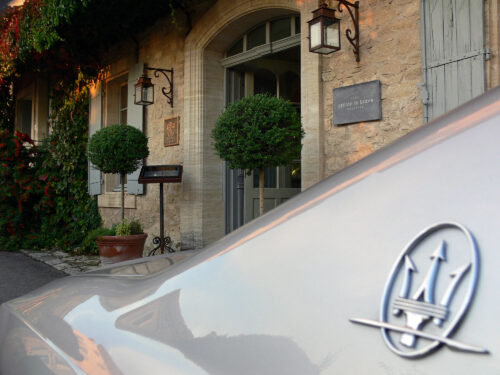 Driving the Maserati Quattroporte S at high-speed as a chase vehicle on this day, I could only imagine what my friend was going through as he plied his will against the mountain from the seat of a rented bicycle. Certainly, piloting a car on the mountain required concentration for sustained periods of time, but his was the true spirit of a champion. As for me, I would have to settle for going up and down the mountain numerous times while waiting for him to complete the circuit. I hoped somehow, we could both make it through a grueling day.

The 2009 Maserati Quattroporte S is not so much a giant leap forward in design, but a careful recreation of a classic Italian luxury sedan. On the outside, changes are many and significant. Inside, leather and wood meld together in perfect harmony to provide one the most discriminating rides on the planet. Whether in Monte Carlo or Los Angeles, the Quattroporte S is certain to turn heads.

Stopping is equally fast with the use of large Brembo brakes and alloy wheels shod with Pirelli P-Zero rubber. Front and rear double wishbone suspension offer superb drivability, while the Skyhook system levels the road in two modes; Normal or Sport.

A short, but scenic drive from the mountain, Hotel Crillon le Brave is a jewel in what can only be described as one of the most picturesque settings in Europe. Just say the word “Provence” and images of purple lavender fields and early October vineyards laden with harvest-ready grapes come to mind. It is, for many, the place we would all like to call home.

In the summer of 1988, Canadian Peter Chittick and his wife Carolyn (then girlfriend) rediscovered the forgotten town of Crillon le Brave while conducting cycling tours in the area. Starting with the purchase of a large country home, Peter, along with business partner Craig Miller and their dedicated staff have transformed 7 old village houses into a 32-bedroom masterpiece. So much so, in 1995 the sprawling property became a member of the prestigious association of fine hotels Relais & Chateaux.

Showcasing 23 rooms, 7 suites and a 2-bedroom house, each sleeping quarter is designed to be different. Views from our 3rd story room overlooked the village of Crillon le Brave on one side and remarkable Mont Ventoux on the other. Open windows allowed a warm breeze to fill the oversized room; watching the evening sunset over Provence was enthralling.

First light provided the awareness of a perfect day for stretching the legs of the all-new 2009 Maserati Quattroporte S. Increased by 36 mm, the front nose sports a larger grille with vertical, instead of horizontal slots and LED lighting. The rear of the Quattroporte S has increased by 10 mm.

Inside, new seats provide additional comfort for all. Should your demand for style run to the extreme, Maserati entices the wildest imagination with almost a dozen leather and piping colours available.

Rounded white on black gauges provide constant feedback as seen through a 3-spoke leather and wood steering wheel. Steering is “Ferrari-sweet”. Thumb grips are perfectly placed for wild rides through the country with paddle-shifters gliding up and down through a 6-speed ZF automatic transmission.

Ancient trees line the many winding roads in and around Crillon le Brave. Pushed hard on the tight two-lane roads Europe is famous for; the Quattroporte S responds with Italian flare and a vibrant snarl. Arriving back at the hotel mid-afternoon, I was informed my drive had been a source of entertainment for some of the guests as the unmistakable sound of the Maserati engine being put to task had reverberated throughout the valley.

Under the watchful eye of Philippe Monti, Chef of the cuisines at Hotel Crillon le Brave, dinner was served in what once was the cowshed of the village priest’s home. Four courses later, the evening walk through a series of alleyways and court yards led us to the main entrance of the hotel. A vineyard tour was on the ticket for the next day and though the area is famous for both red and white wines, I was somehow content to be the designated driver.