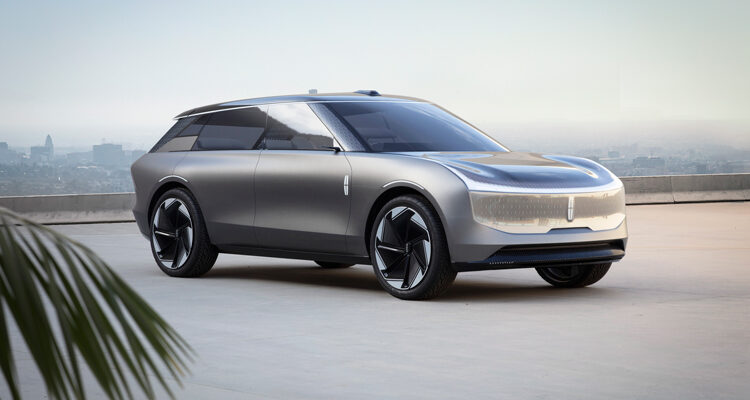 Though Ford was obviously an early adopter of electric propulsion, sister luxury nameplate Lincoln has thus far stayed quiet — until now. As part of a special centennial celebration held in sunny Los Angeles last week, the 100-plus-year-old manufacturer debuted a first step towards electrification with the Star Concept vehicle.

“Working on the Lincoln Star Concept has been a true labour of love among the team, guided by a stark vision for Quiet Flight. It has given us the opportunity to showcase our creativity and design thinking, at the same time push the boundaries of where we can take the brand in the future” says design director Kemal Curic during the media unveiling.

“Since Lincoln adopted the star emblem and its brand mark, designs have always shown affinity to the skies and the cosmos as a symbol for serenity. The Lincoln Star Concept continues that tradition.”

The company revealed a commitment to launching a trio of pure EVs in the next three years and then a fourth another year later. And while it’s debatable any will resemble the short ground-hugging crossover on display there’s plenty of neat tech and styling language — encompassing the four core tenets of beauty, human, gliding and sanctuary — likely to influence the future models.

One of the most fascinating elements is how light is employed throughout the vehicle in a futuristic manner, which is possible due to rapidly evolving innovations in LEDs. The signature Lincoln Embrace sequential lighting sequence is reimagined here where nearly every part of the front fascia illuminates independently, including the twinkling grille area resembling a heavenly constellation.

The hood, which takes on a concave shape permitted by the absence of an engine, was described as having an electro-chromatic glass construction that’s clear when the SUV is on so sunlight can enter the cabin, and dark when off to protect any valuables stored underneath.

Both the hood and the liftgate open in a split fashion: the front grille extends outward allowing easier loading of cargo, and the rear lid flips out doubling as an outdoor seating bench.

Attendees weren’t able to peek at the interior, but a virtual reality station set up showed a two-row configuration featuring wraparound lounge-like seating and loads of occupant room. The space is bathed in natural light thanks to unique transparent A and D meal latticework pillars.

The wing-shaped, aircraft aileron-inspired floating instrument panel sits above a motorized hidden steering wheel and one-pedal operation system. The coach doors pay homage to classic Lincolns of days past such as the 1960s Continental, the back one housing a concealed attaché not only providing a safe place to stash laptops and other electronics, but acting as a wireless charging and content casting station.

An emphasis is placed on creating a relaxing environment, down to details including a crystalline beverage chiller, leg rests and a cubby for slippers. The “coast-to-coast” infotainment screen stretches across the entire dashboard and is programmed with three rejuvenation moods (Coastal Morning, Mindful Vitality and Evening Chill), built around the body’s natural circadian rhythms, combining soothing digital animation, audio and fragrances. 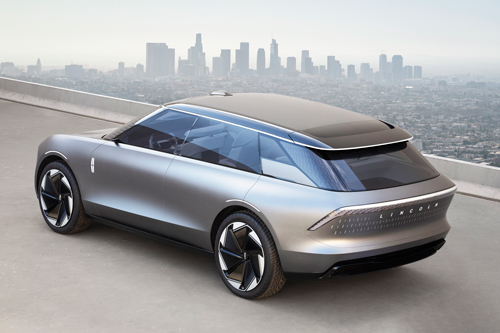 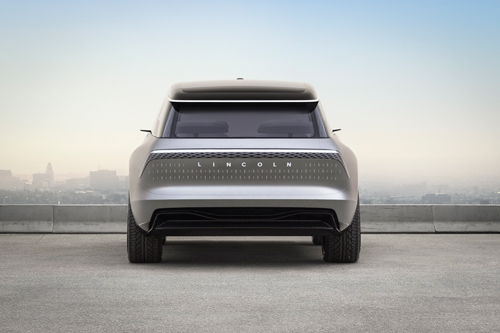 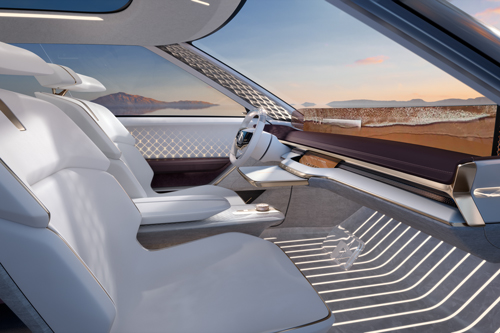 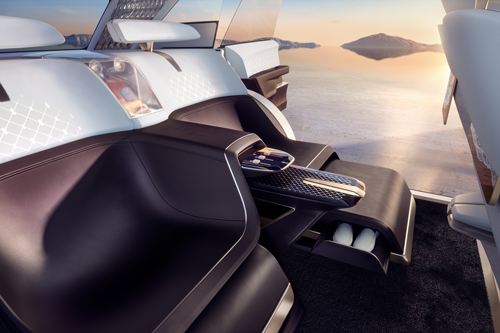 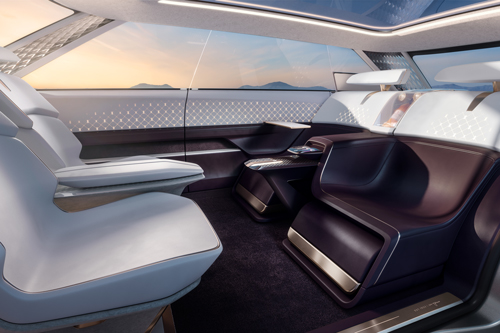