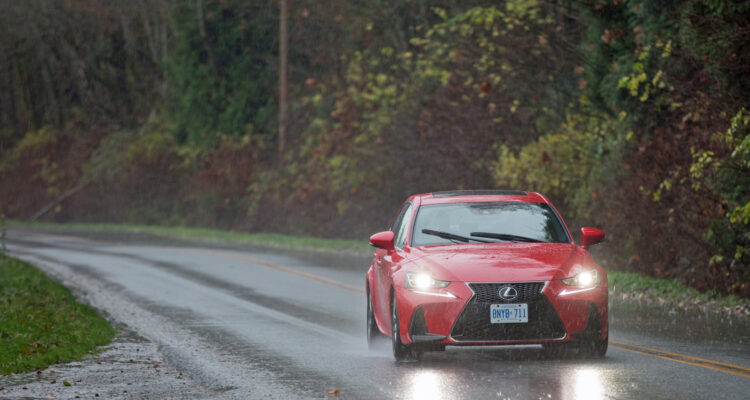 It proved to be quite the winter warrior, fearlessly tackling snowy, icy streets and chilling out just enough to actually be a lot of fun. 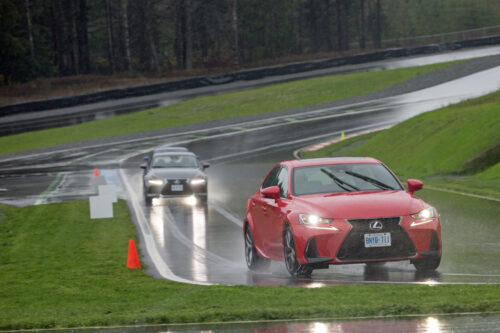 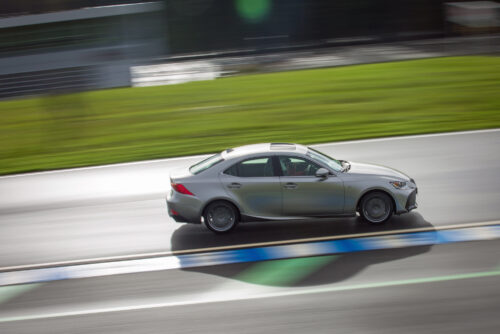 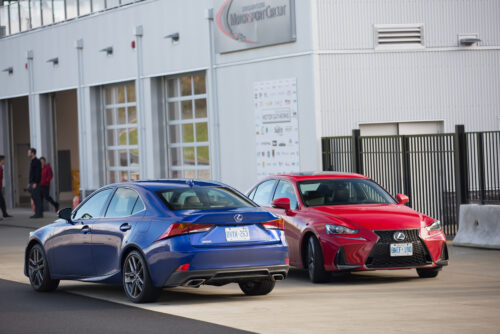 The 200t, it should be noted, comes only as a rear driver. There are all-wheel drive versions of the IS, but only on six-cylinder models. This one has a high-output turbo four with lots of torque.

I mean, what could go wrong? Right?

This story is as much a celebration of the Bridgestone Blizzak tires as it is about the car, but the only day to give me pause of taking the IS out for a spin was the day I decided only my son’s 4×4 truck should be out anyway.

The IS was great fun in the snow, possibly more fun than should be legal, thanks to a relaxed electronic stability program that lets you rotate the car a bit before the nanny steps in. Delightfully, there’s no loud beeping accompanying the ESP intervention as there has been on some previous Toyota-Lexus models.

Start a turn and poke the brake: the front wheels will sit, grip and start to turn the car, and if you get on the throttle again, the back end will come out just enough to rotate the car, with the ESP again being the angel on your right shoulder.

So what if the rear propulsion means you need to be a little gentle on leaving an icy intersection? A front-driver isn’t going to launch like a rocket anyway.

A few things make the IS200t a delight to drive, even in winter. First is its excellent weight balance, aided in no small part by the lighter-weight four-cylinder engine.

Weight balance is a critical component of winter handling, because as a car gets closer to a perfect 50:50 split, the less it acts like a pendulum when it spins. That makes the car more predictable around corners and makes it easier to manage weight distribution.

A steering wheel with a smaller circumference, combined with a thick, cushy grip — and heated, as well — makes quick work of the constant work of turning and correcting that is often a part of winter driving, especially when you’re having fun.

The IS200t proved to be more fun to drive in winter than the logic of a rear-driver might suggest.

Of course, the more fun you have in winter, the more diligent you need to be with cleaning. All that extra road spray will make the car more susceptible to rust. A good anti-rust coating is also in order.

The rest of the IS holds up to the fun of winter driving. The interior is techy, though whether it’s up to the standards of competitors BMW or Mercedes is in the eye of the driver. A few improvements to the selection of materials would go a long way. It is, however, functional and attractive.

Lexus’ approach to its infotainment interface — in this case a small trackpad with haptic response — is easier to use than previous joystick-based systems. That you have to confirm your selection with a tap makes it easy to fumble without having to take eyes off the road for an more than a glance.

The IS’s tight cockpit might be too claustrophobic for some, but I found it just the right size: controls were well-placed and it felt like a cockpit, which I prefer to some cars’ big comfy couch approach.

Another change to IS: now, a 60/40 split folding rear seat is standard, adding to cargo room when needed. Previous models offered only a pass-through. Handy for skis or hockey sticks but otherwise useless.