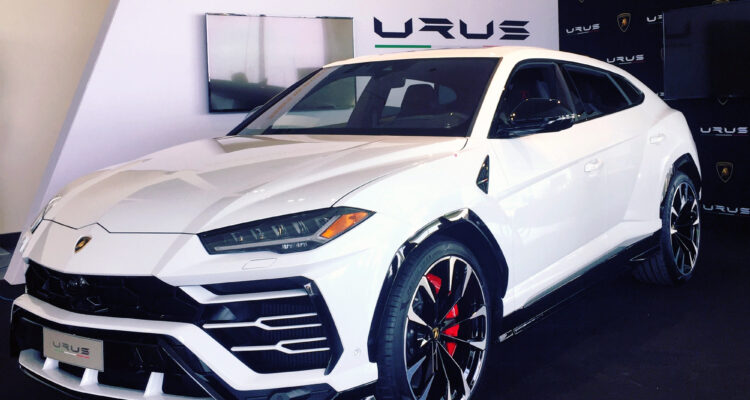 2018 Lamborghini Urus: Because Why the Heck Not?

You read that correctly, a Lamborghini crossover. If you think the automotive industry has gone mad for compact SUVs, then you’re absolutely right, and the trend isn’t immune from the supercar world either, apparently.

I’ll openly admit to thinking it was a dumb idea when I first caught wind of Lamborghini producing anything other than a low-slung super-performing sports car. I mean, great way to sully their high-performance good name, right? Just like Bentley’s Bentayga, I felt like the Urus would be a dark stain on an otherwise pristine heritage.

After seeing the Lamborghini Urus in person, I take it all back. 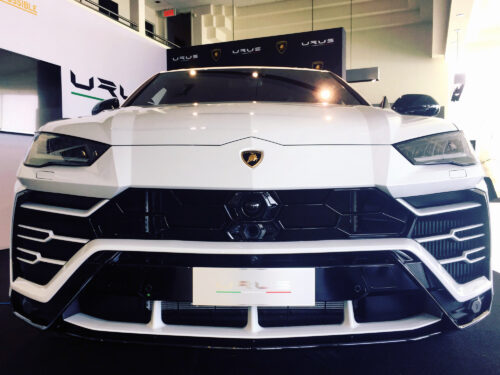 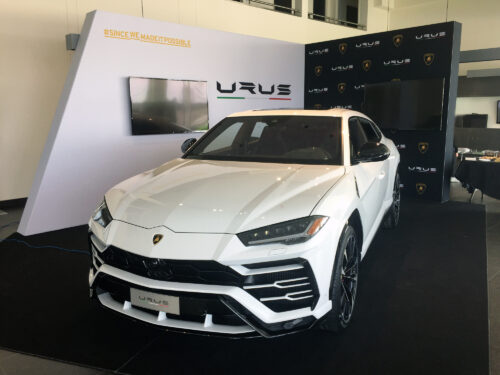 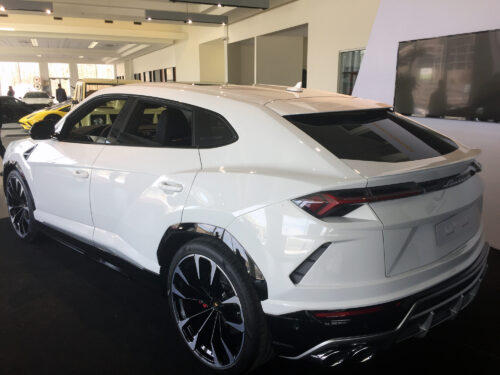 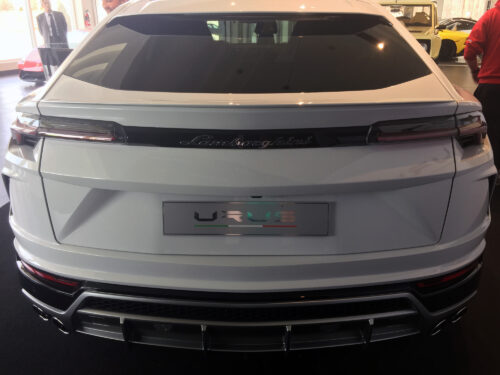 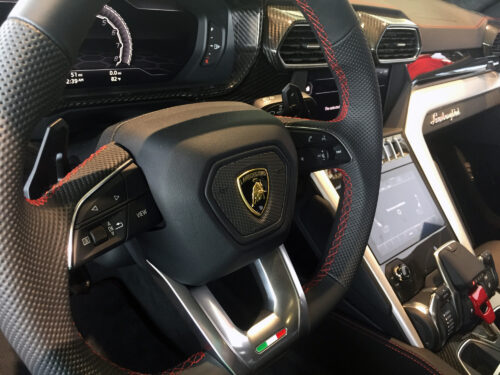 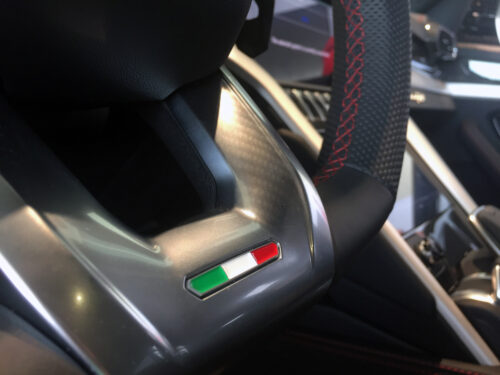 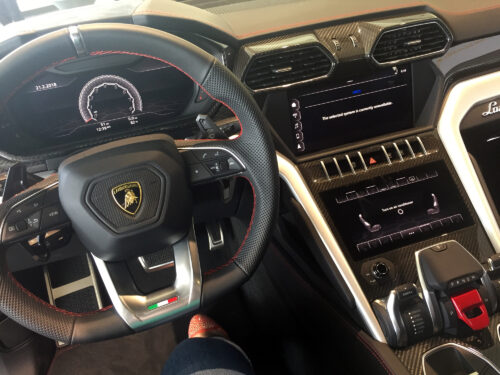 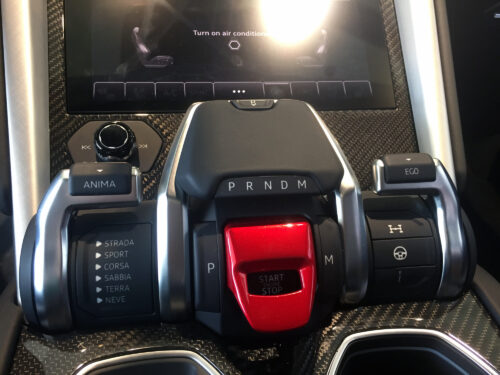 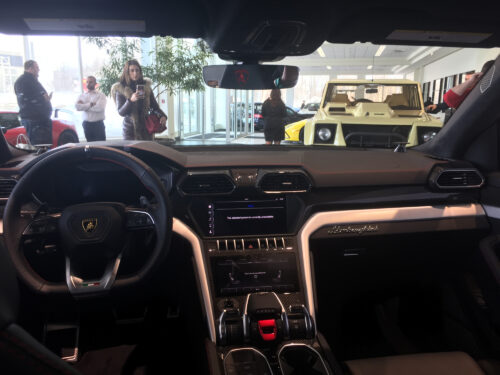 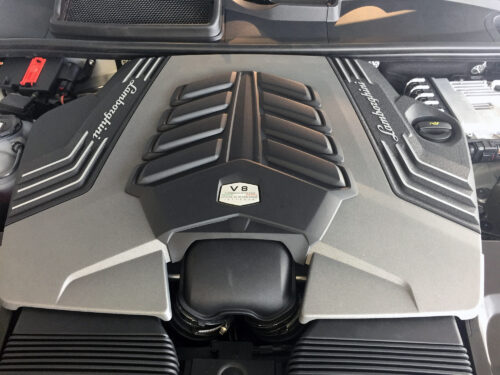 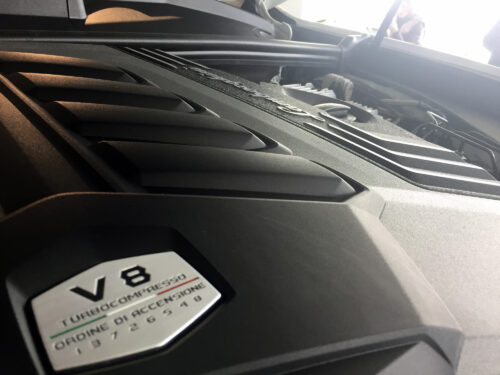 First of all, let’s set the record straight, this is no ordinary crossover. Oh no. Lamborghini has named it a Super Sport Utility Vehicle. So, not only have they done what some thought was impossible, they also created their own brand new segment of vehicle of which they are now No.1. Now, that’s smart marketing.

That aside, the Lamborghini Urus is stunning to look at. Pictures don’t do it justice, and honestly don’t look as good. Up close and in person, the Urus takes on a whole new level of awesomeness and modern flare. It’s not as big as it looks in pictures, halfway between a X5 and a much more low-slung X6, I’d say. And all the lines and fender flairs and open gaping front grilles, rear diffusers and immensely oversized quad tailpipes work. They all work. So, so well.

Sitting on 23” rims (that actually won’t be available for the first year of production, but Lamborghini had to make a statement right away, right?), with bright red mono-bloke calipers the size of my thigh, and draped in dazzling white with black accents, all I could do was stare. The Lamborghini Urus is a marvel in design and engineering.

Step inside the cabin and it’s a bit like stepping into a fighter jet cockpit. With customization options that are seemingly endless for all different shades and types of leather and wood trim to diamond quilted prints and coloured accents; your Lambo Urus can be uniquely yours. And it’s surprisingly roomy inside, and the trunk space is more than usable, and also shocked me.

Now, I know what all of you really want to know: But how does it drive? Unfortunately, we weren’t allowed to get behind the wheel just yet. But I can at least spew some knee-weakening stats your way to really whet your appetite for when we DO finally get behind the wheel. Beneath the well-sculpted hood lays a V8 bi-turbo engine that produces a staggering 650 horsepower. That means 0-100km/h happens in 3.6 seconds, and the Urus can hit a top speed of 305km/hr.

You know, for when you really need to get to hockey practice on time.

Oh and there’s one more interesting figure you need to know: Starting price for the Lamborghini Urus is $250,000. Start saving those nickels and dimes now.

It might seem like a silly thing to some. Why would a company like Lamborghini even consider building anything that’s not a supercar? Well, first of all, because they can. So, why the hell wouldn’t they? They’ve just proven they are, in fact, not a one-trick pony (at least as far as first impressions go). Hopefully, I’ll have the chance to get behind the wheel at some point so Lamborghini can truly prove how multidimensional they can be.