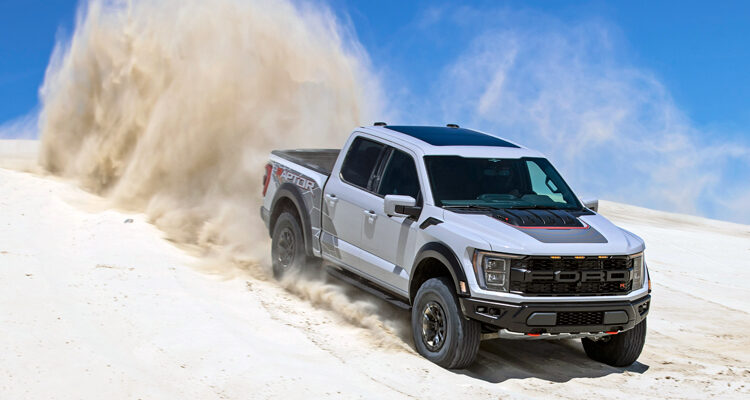 It was a dark and stormy morning as we headed out to drive the 2023 Ford Raptor R at the Silver Lake sand dunes. Dawn comes late at the end of October in Michigan’s thumb, and the driving conditions were miserable. But the guides leading the drive didn’t think twice about roaring through the dark, blinding downpour, morning traffic and crazy winds.

The Raptor R may be Ford’s halo desert racer, but it is equally comfortable, and easy to drive on the highway. You can even pretend to be piloting a normal truck, as the otherwise ripping exhaust note can be turned down to quiet mode, a feature which let us pass in stealth through numerous bedroom communities on the way to the dunes.

But neither quiet mode, nor highway driving was the purpose of the trip. We were there to let the Raptor R’s 5.2 litre supercharged V8 engine demonstrate just what its 700 horsepower and 640 pound-feet of torque can do in its native habitat – sand. Ford calls it “the fastest, most powerful, most extreme high-performance off-road desert Raptor yet,” inspired by the extreme desert-racing trophy trucks that compete in the Baja 1000.

The third generation Raptor R came about as a long-desired project within the manufacturer’s performance group, and was spurred on by enthusiasts’ requests for the bigger engine, said Tony Greco, Ford’s Raptor R program manager, at the drive event. But before they could throw that monster V8 into the engine bay, the truck needed a stronger, more capable chassis and running gear.

Building on the new aluminum frame from the 2021 F-150, the performance group upgraded the trailing arms and springs. The latest in live valve shocks use suspension height sensors and other sensors to monitor terrain and adjust suspension tuning on the fly. Extending wheel travel to 13 inches in the front and 14.1 inches at the rear adds to the truck’s off-road capability.

Greco said the aluminum chassis took about 500 pounds out of the truck, but after adding the more robust components and the beefy, standard 37-inch tires, the Raptor R still weighs in about 300 pounds lighter than the previous generation. He promised it would feel nimble, and he was not joking.

Ripping up an incredibly steep dune that’s practically vertical as you reach the crest, it’s hard to believe this beefy truck will make it over. But the Raptor R practically flies over the top, and might have launched itself off the equally steep backside had we not been warned to use the brakes at the top.

Likewise, in loose, rutted sand the truck seeks and finds grip wherever it can. As it slews and slides, it almost feels like you’re just along for the ride, the truck is so capable of hunting down the line it needs to smoothly plough through the loose stuff. On rough and undulating terrain, the suspension sucks up a lot of bumps, making for a reasonably comfortable ride, while on the hard pack the truck is exhilaratingly quick. 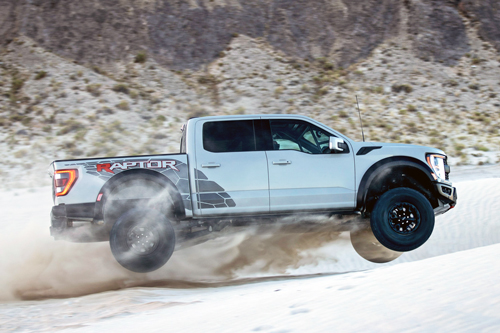 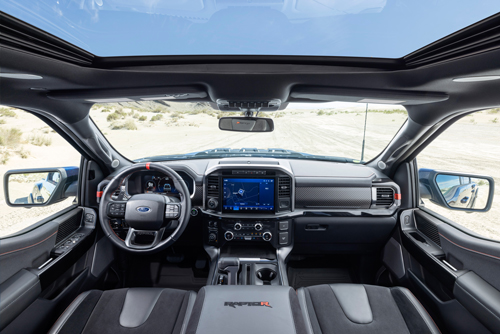 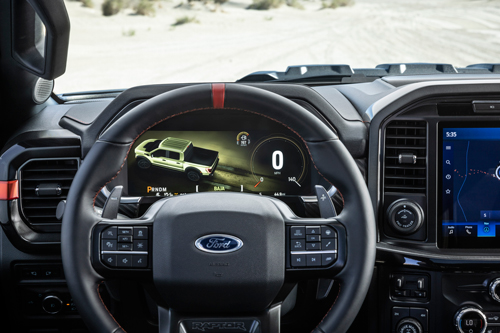 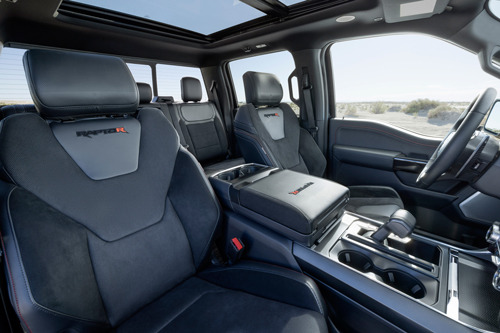 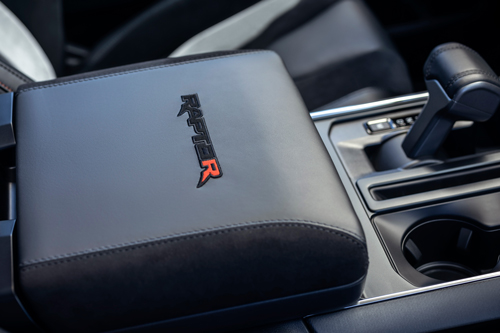 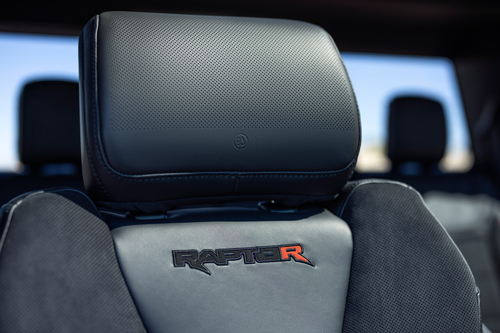 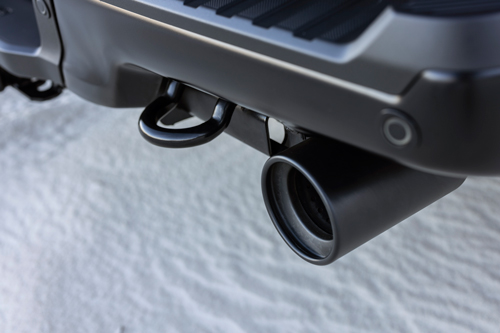 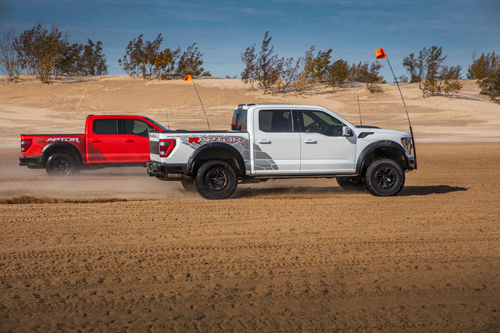 All this takes place using the Baja drive mode. It amps the volume up to 11, making the truck ostentatiously loud, while also tuning suspension and transmission to deliver the best performance off road and in the sand. You can also shut the traction control right off to allow for more specific performance like being able to climb high in a bowl without the truck forcing you down to safer ground.

The sound and power from the V8 could never be mistaken for the 3.5-litre twin-turbo 6-cylinder engine in the basic Raptor, which allowed Ford to adopt more subtle visual cues to differentiate the Raptor R from its little brother.

The most obvious are the tall air extractor dome on the hood, and the decal on the bed. Loud orange tow hooks and R badging on the hood dome, grille and tailgate complete the exterior look. Inside, the R theme continues with the orange logos emblazoned on the upholstery and console cover, along with orange stitching on the dark upholstery.

The Raptor R is only available in the SuperCrew configuration, with the 5.5-foot box. The ample back seat leaves room for cargo or passengers, although riding in the back off-road might not be the most fun place to sit. It can tow 8,700 pounds and has a payload of 1,400 pounds.

Ford is taking orders now for R-package Raptors, for delivery early in 2023. It won’t say how many it intends to build, but with a price tag of nearly $150,000, it will definitely appeal to only the hardcore buyer.